What "is" folk music ? Since the term didn't even exist until the 20th century it's wiser to understand how popular music evolved over the centuries. Quite possibly the Greeks sang ballads of some form, and certainly in medieval Europe they were extremely  common.  Norse and Icelandic sagas are an extended form of ballad. The rich had their troubadors, the poor had itinerant musicans who performed at fairs, market-days and gatherings.  Ballads are possibly the oldest form of vernacular music, since they're portable and can be performed anywhere with or without instruments. Moreover, they're strophic, so they're to remember and to adapt  to changing situations and individual variations.  By their very nature, oral traditions evolve and change - they can never be rigidly confined to authoritarian categories. That's what keeps oral tradition alive ! 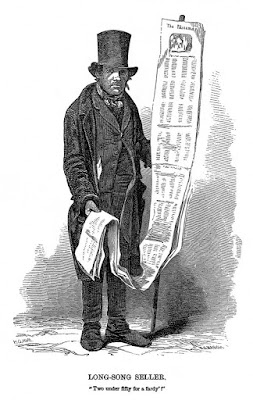 In Western Europe, ballads and songs were collected from very early on. Chaucer included some in The Canterbury Tales and there are references in other literary works.  By the 18th century ballads were big business, printed on broadsides and  displayed for sale on the streets, and collected in published books. The genre made its way into more formal literary circles - Goethe and Schiller wrote ballads, too.  Ballad form entered the classical music mainstream in the wake of Early Romantic fascination with an idealized, Arcadian past, and with the interest in wild places and "non-civilised" ways of life.

Ballads are an integral part of "folk" music. Music travelled between different regions adapting to new locations.  Printed texts and oral tradition existed in symbiosis, each form adapting and influencing the other.At the end of the 19th century, a song might hve morphed over many generations. Gottfried Herder wrote a poem based on a gruesome Scottish ballad, which Carl Loewe set as Edward, Edward. Gradually the song morphed and changed, and connects to the Country and Western hit Knoxville Girl (Please read more here).  The idea that folk song can be separate from human development is an artificial modern construct.  Basically, there's no such thing as dogmatic gold standrad.

One ballad I'm particularly fond of is The Trees They Grow So High, which may or may not be a 16th/17th century Scottish ballad.  Though it comes in different variations, it tells the tale of an arranged marriage between a child and an older woman. The protagonists aren't poor, (the kid goes to school) so it might have been a transaction for money and status.  Trees grow high but the boy, who marries so early is killed aged 18. "Cruel death put an end to his growing". Ralph Vaughan Williams recorded this in the field.  In his version, the woman  begs her father not to marry her off, but her father seems to think the boy's some kind of trophy.  Yet the woman seems OK with this and accepts  widowhood and single-parent status.  But it's a horrible tragedy. Perhaps, over the centuries before it was collected, the song was cleaned up so it wouldn't disturb conventional mores.

Since oral traditions vary all the time, depending on performer and circumstances, it's perfectly natural that they should evolve further when approached by artistic minds. Britten's version of the song, from the beginning of 1942, addresses the tragedy more directly.  The piano part is lyrical, lilting lines suggesting vernal freshness, making the text all the more poignant.  The loss of innocence, for both partners in the marriage, and for the orphaned infant :  characteristic Britten. "Growing, growing  (intoned wth tenderness) as I  watch over his child,while he's growing".  Though the song is understated, gentle and rhythmic, like the rocking of a cradle, the suppressed motions are quite horrific when you think about them. 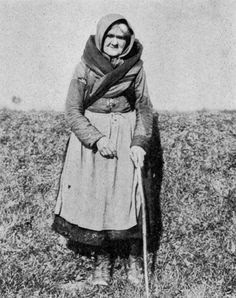 Another good example of how a song can adapt accordingbto the vision and creativity of a composer.  W B Yeats called Down By the Salley Gardens "An Old Song Re-Sung", quite specifically his own version of a song he heard  was W B Yeats's attempt to capture the spirit of a ballad he heard an old woman sing to herself in County Sligo.  in the ballad, a man recounts a long lost love who "bade me take life easy, just as the leaves fall from the tree, but I being young and foolish, with her did not agree ". It's a song of loss and nostagia with a mysterious, otherworldy quality. In Britten's version, the piano part begins tentatively, as if anything too forceful might breaknthe spell, later, it affirms the vocal line with richness and depth, as if the lovers are reunited in spirit.   Ivor Gurney's version is even more "art song". The voice leads from the start, the line curling tenderly, "When I was young and foo-o-olish and now am full of tears".  Nothing whatseover crude and "folksy" here.  And in any case, we can't assume that Yeats’s old lady was either, though she seems to have been a poor peasant.  Both Britten’s and Gurney's settings are ravishingly beautiful, so delicate that that they capture the gossamer fleeting feel of the monment.   They're very different, too : but that's what art is about : creative vision adapting to individual responses.
at April 22, 2020 No comments: 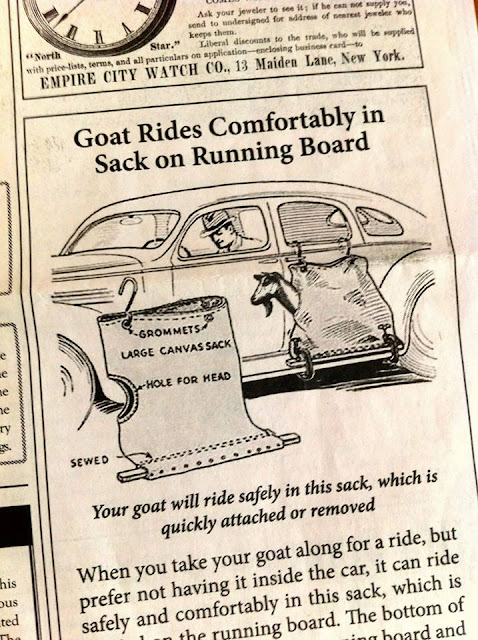 Viruses don't choose people by who they are, what they  believe or how important they think they are. In time of pandemic all of us are equal.  The worst virus of all is hate.  Indeed, we might not be in this situation hadn't we been exploited politically in the first place. Pope Francis said Mass on Palm Sunday at the Vatican. Usually it's packed with worshippers who come from all over the world.  This year, only key celebrants, carefully spaced apart.  In crisis, we are all alone. But thanks to international livestream we can all participate, including billions who don't have to share the religion but appreciate universal basic human values.

In his sermon, the Pope addressed  the COVID crisis and its impact.  Jesus was betrayed by his own friends, which is much more hurtful than being persecuted by strangers.  In the Garden of Gethsemane, he faced up to mortality, and made his choice: to save others by giving up his own physical life.  "My God, my God, why have thou abandoned me?".  But he wasn't  abandoned, however hard it must have felt. The Pope specifically mentioned the heroes who are putting themselves selflessly in danger, for the sake of others.  In  Britain  where the National Health Survice is dependent on immigrants, and the descendants thereof, that means Muslims, and others too. So much for blaming minorites.  Many others sacrifice, too, like transport workers, delivery systems personnel, social carers, underpaid cleaners, and ordinary people whodse jobs may never come back. And sadly the vulnerable, with health conditions who can't get basic needs fulfilled.  It's easy to say, like Our Dear Leader Boris, that "every family should be prepared to lose someone".  Indeed the statistics behind the Herd Immunity model are bogus.

In the emptiness of that grand basilica, the fundamentals of faith spoke out even more clearly than  before. The architecture means nothing in comparison to simple sincerity. No offertory procession which does matter, but not in these circumstances. Instead, a frail old man in his 80's performing the ceremony itself, by himself : an act of humility.  Those acres of white marble are symbolic : purity, and great endurance.  That's what faith's about - any true faith.  When the Pope blessed the poor and the sick on Ash Wednesday, many went apoplectic. But why should he hide and save himself ? The Jesus he believes in gave himself that others might live. Miss that and miss the whole message of love and compassion.  This year Holy Week is more personal and vivid than ever before, as those who wish can follow Jesus on his journey from death to life.

Email ThisBlogThis!Share to TwitterShare to FacebookShare to Pinterest
Labels: Pope, the 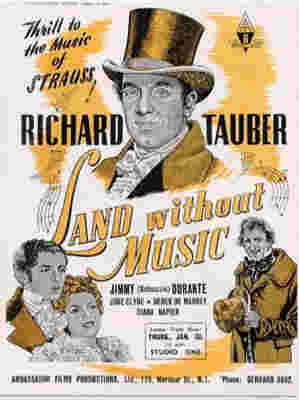 Not an April Fool !  Richard Tauber statrs with Jimmy Durante in Land without Music aka Forbidden Music.  In a tiny principality somewhere in Mittel-Europa, the peasants make music all te time. The cattle in the field plough their furroughs unatteneded, whike the peasants make music - a farmer playing a (concert bassoon) and an old man in nightgown a horn.  Somehow the country exists in a time warp from the late 18th century - elaborate military uniforms for the rich, bucolic blouses for the poor.  Because the locals have other values, a bigger, more aggressive country threatens  to take them over. Princess-Regent Maria Renata (played by Diane Napier, Tauber's real-life wife) decrees music should henceforth be banned in Look-a , with severe penalties.  Since the film was made in 1936 the political parallels are obvious. This isn't just a comedy.

Jonah J Whistler, an American newspaperman, arrives in Look-a driving a horse-drawn carraige with his daughter Sadie. She wears early 19th century dimity, but she's utterly "modern" with her wisecracking repartee.   Since the secret police are cracking down on music, there's a mixup at customs. Jonah and Sadie's trunk has been swtched for a cache of musical instruments which include violin, balalaika, trumpet and much, much else.  "But I don;'t even know what a harpishord (sic) is" snorts Jonas.  Enter too,  Richard Tauber as Mario Carlini, a tenor with golden upper notes which he can extend almost to a scream, with a habit of bursting  into song at the oddest moments. The brigands are so impressed that they protect him from the secret police. Now that the people of Look-a have instruments again, they can organize concerts, just like dissidents getting together underground. While checking out the forest for  a meeting place, Tauber, who remains  Tauber whatever role he's playing, meets Princess Maria Renata and charms her, against her better judgement.

To cut a long story short, the son of the head of the Secret Police, Count Strozzi, falls in love with Sadie and she with him. when Tauber, Durante and the peasants are arrested and put into prison, Strozzi junior helps them.  From his cell, Tauber sings, so loudly that the whole principality can hear and join in. Revoution ! The population storm the gates of the prison and the musicians march out, heading the cheering masses. The scene is a fairly pointed take on the Solidarity Song sequence in Kuhle Wampe, which the Nazis didn't like, one bit.  So the princess relents and orders Look-a to make music its local industry.  Gold coins fill the coffers ! Music is OK, as long as it serves commerce and politics.
at April 03, 2020 No comments:

Email ThisBlogThis!Share to TwitterShare to FacebookShare to Pinterest
Labels: British film, Tauber
Newer Posts Older Posts Home
Subscribe to: Posts (Atom)
Copyright Disclaimer Under Section 107 of the Copyright Act 1976, allowance is made for "fair use" for purposes such as criticism, comment, news reporting, teaching, scholarship, and research. Fair use is a use permitted by copyright statute that might otherwise be infringing. Non-profit, educational or personal use tips the balance in favor of fair use. Wherever possible i quote source, I don't claim ownership of what's not mine. WARNING :if you want to copy my work add credit and a link to my url, the original.