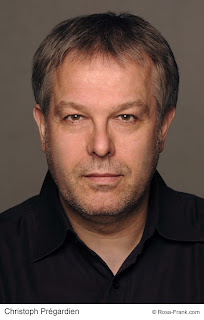 Hugo Wolf is a hard sell. Technical expertise isn't enough. The secret to singing Wolf is expressing the unique personality in each song. Wolf, perhaps more than any other composer, creates miniatures that open out into mini-operas when performed well. Singing Wolf can never be generic, so true Wolf specialists are hard to find.

Christoph Prégardien started off the Wigmore Hall's new series of Hugo Wolf Songbooks with Lieder to texts by Mörike and Goethe. Prégardien is one of the best Wolf singers around, with the right combination of  timbre and individuality. At his best, he's brilliant. For whatever reason, on this occasion, he wasn't his usual self, the voice sounding tired and occluded. Nonetheless, he has years of experience to fall back on. Intelligent phrasing, the right emphases in the right places, accurate intonation. Yet not the luminous, transcendent tones he's capable of, which lift his performance way above most everyone else. Still, proof that mastery of technique pulls one through. His Feuerreiter was suitably dramatic, though not quite at the demonic level he and some others (especially baritones) can reach. But he brought real drama to Ritter Kurts Brautfahrt, a strophic ballad that can fall flat in the wrong hands (voice) (read more about Feuerreiter here). In Sankt Nepomuks Vorabend, one could hear glimmers of Prégardien's natural translucence, reflecting his youth as a choirboy. "Lichtlein, schwimmen auf dem Strom"

Listen to Prégardien's most recent recording of Wolf's Italienisches Liederbuch which came out in Spring 2011 on the small label Channel Classics (reviewed here). The soprano on that disc was Julia Kleiter, a fellow Limburger, good for the ensemble work so crucial to the Italian Songbook. But the Mörike and Goethe are much more sharply defined and need great personality. When we heard that Kelier was being replaced ar minimal notice by a singer born in 1990, our hearts dropped. What could any singer that young bring to Hugo Wolf?

Yet Anna Lucia Richter turned out to be the surprise of the evening. Obviously someone aged 21 isn't going to sound polished but Richter turned her youth to advantage. In Nixe Binsefuß, bright, almost staccato notes sparkle like sharp icicles. But this Nixe is a water sprite with attitude who would like to slash the fisherman's nets and liberate the fish. Richter's voice is pure, but has a wild edge totally in keeping with the Nixe's free spirited anarchy. Then, when she sings about the fisherman's daughter, her voice warms. Icicles no more! And so the Nixe flies away as the day breaks. (read more about this song here)

It's difficult to combine the technical demands of Elfenlied with a true sense of innocence, but Richter manages well. Her elf is genuinely naive and she describes his accident with droll humour. Similarly, Richter's Begegnung is turbulent, like the wind and the emotions the young girl experiences.  I don't know how long Richter had to prepare, as the programme was printed before she was hired,  but she threw herself into the songs with unselfconscious enthusiasm, so they come over extremely well.

No-one at Richter's age, or even ten years older,  is going to have finesse, but that will come with experience. It's much better that a singer starts out with enthusiasm, and engages with what she sings, as Richter does. Her voice has colour and range, so she has plenty of potential. Definitely someone to follow. She has dramatic instincts, leaping into some songs in the second part of the programme as an opera singer might, so she will have many options. She's still studying at the Cologne Conservatory but is scheduled to  join the company of the Deutsche Oper am Rhein in Düsseldorf from 2012-13. She's also worked with Prégardien before  and recorded Schumann with him."We'd better give the poor girl some help" said Julius Drake before the encore (a Mendelssohn duet). He played gloriously, but part of a song pianist's brief is to work with singers, especially the young.
at January 12, 2012

What Julius Drake actually said was not the apparently rather condescending remark you report but rather “we thought we’d better give the poor girl something to sing she actually knows” or something very similar and sympathetic. It is clear from this and the fact that the Wigmore did not even have time to Email round ticket holders to warn them of the change of performer, as it usually does in such instances, that Anna Julia Richter must have had virtually no notice and time to prepare at all, and probably did her best to learn most of the music on the flight over from Cologne or Berlin, or wherever. For a 21 year old to sing this difficult repertoire in such circumstances as beautifully and convincingly as she did is really absolutely remarkable. I think we shall certainly be hearing much more from her in the future.

Actually "give the poor girl something to sing that she actually knows" is infinitely more condescending than what I wrote. There is no chance that Richter did not know Wolf before. Her mother is a singer and she's been singing since she was in school, with Widner senior, no less. These songs are just too difficult to sing without some background experience. She wasn't sight readiung. The WH are certainly not going to risk someone who's just learned them on a plane. The treason Richter was chosen is that she and Prégardien have worked together before, so he knows what she's capable of and what she knows. Richter may be young, but she's got fantastic potential, so I thought Julius was teasing. He's not stupid.

The “plane” remark was a little bit of poetic (prosaic?) licence rather than intended absolutely literally, but nevertheless the circumstantial evidence strongly indicates that she had very little notice indeed and, unless Prégardien had already been grooming her as an understudy for the recital, which I suppose is possible but seems highly improbable, it is most unlikely that Anna Julia Richter just happened to have been working closely on all that repertoire very recently. Anyway, it doesn’t really matter – I think we can agree that she did a wonderful job and that she is a young singer who already has considerable real ability, not just talented promise, and great further potential with experience and as her voice develops – 21 is still very young in the maturation of the soprano voice. I went to the recital (as also I intend to go to the others in the Wigmore Wolf series) not specifically to hear any particular performers, but to become more familiar with the Wolf canon, and it exceeded my best expectations, both in terms of the music, and the quality of singing, playing and the other important aspects, in particular presentation, of live public performance. It was a memorable evening.

Wonderful ! Hugo Wolf is one of my greatest icons. In fact it was because of Wolf and Morike that I realised that I had to learn German formally and properly, to be able to appreciate the finest nuances of the poetry. Read Richard Stokes programme notes, extremely perceptive. He's an icon too.

Thank you for this, and also for posting her performance of the Mozart Alleluia from Exsultate Jubilate. Her Bach aria from the St John Passion, in a live performance in 2010, is very good too: http://www.youtube.com/watch?v=lDVXIkYrcyo

As you say, give her a few more years…! Fortunately she comes from a background that should ensure she does not harm her voice by doing too much too soon, the pitfall of too many very promising young sopranos in the past.