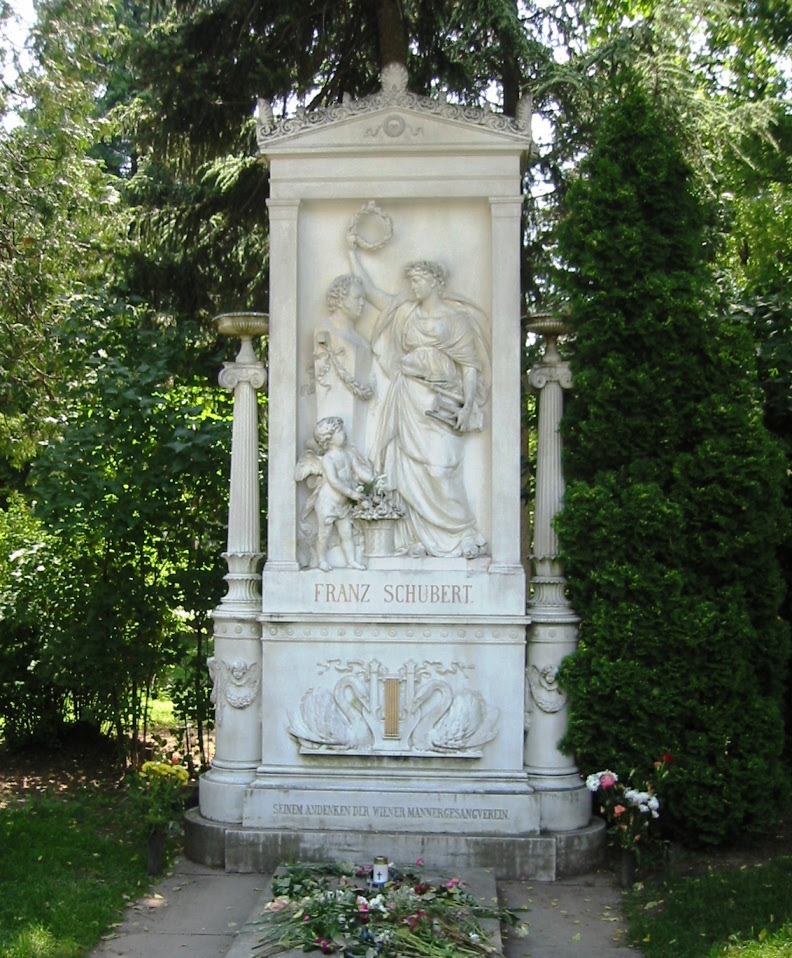 Today is Schubert's Birthday, but instead of the usual favourites, I'll write about Der Gondelfahrer because it sheds light on Schubert's values. Ostensibly it's a nocturne, set in exotic Venice. Es tanzen Mond und Sterne, Den flücht'gen Geisterreih'n. But don't be fooled. Already, Geister are afoot.

The poet is Johann Baptist Mayrhofer, a complex man, crippled by morbid thoughts and self hate. A contemporary who knew both Schubert and Mayrhofer described the latter as "always ailing, of sickly complexion, bony but with an abnormal nervous system, totally without elasticity, rigid, icy cold. Also,  in his poetry : elegaic, misanthropic, rancorous, scolding, sarcastic, symbolically-inclined.....his existence and works were a perpetual frenzied struggle of matter and soul, consumed by tragic fluctuation."

Mayrhofer's career was torturous. He trained as priest, became a lawyer but ended up working for the Imperial Censor, which in Metternich's time was the equivalent of a paranoid police state. Since most of Schubert's circle were politically liberal and religiously lax, such work accentuated Mayrhofer's self-critical doubts. Mayrhofer reflects the dark side of Romanticism, with its "Gothic" fixations on gloom and evil. He drowned himself in 1836 but his life seems to have been one long death wish. We don't know why Schubert suddenly dropped Mayrhofer but he can't have been great company, even for Romantics.

So be alert. The poem goes on: Wer wird von Erdensorgen Befangen immer sein! Du kannst in Mondesstrahlen, (who would by earthly agonies be forever trapped? But Du kannst in Mondesstrahlen (you can sparkle in the moonlight) and on the boat alle Schranken los (all restraints gone). But is this an escapist fantasy? Wiegt dich des Meeres Schoss. Vom Markusturme tönte der spruch der Mitternacht (Cradle yourself in the ocean's womb. From St Mark's Tower tolls the sound of midnight). Longing to return to a time before life, ordained by the dark tolling bells which represent Church and State. Since Venice was occupied by Austria, the political undercurrents are obvious.

Sie schlummern friedlich alle, Und nur der Schiffer wacht. Everyone's sleeping peacefully, except the boatman who is on watch. Who is this boatman? Schubert writes lilting, charming bacarolle, to create the image of gentle waves. But why would a gondolier be awake when all the customers lie in bed? This Gondelfahrer's trips cross Lethe not lagoon. He's always alert for the next customer, who might yet be blissfully unaware. Mayrhofer, for all his personal agonies, was an excellent poet, with a surreal vision that's almost 20th century. If only he'd liked himself more, but OTOH he wasn't a self-satisfied prig. Significantly, after Schubert split from Mayrhofer, he was one of the first composers to embrace Heinrich Heine.

So to Schubert's two setting of the poem. The first D808 for high voice and piano plays along with the surface image of Venice and moonlight. Yet no Romantic would fail to twitch at the discrepancy between outward appearances and inner meaning. This is no lullaby, it's a reminder of the presence of Death. As if to emphasize the disconnect, Schubert's second setting, D809 for male quartet, employs a more vigorous jaunty rhythm. Don't take Schubert at face value. Quite possibly the idea of using male voices is to stress the falsity of butch bonhomie. The piano part is sturdy, like a march so fast it can't be sustained too long. The pace is rigid, unrelentless, until the bellrings, when the piano takes on a cruel, metallic tone. No "womb" here. It's midnight, and the ghosts are prowling, dancing in rows, like the moon and stars.  The voices sing decorative rounds, intertwining melodically, but we know from the poem and from the piano, that it's illusion. The Gondelfahrer will get everyone in the end.  The version below is the finest of all because it pits solo pianist (Wolfgang Sawallisch) against a small enough group of singers so their jolly, dance-like interweavings shine brightly. Indeed, the cheerfulness seems almost demented once we know what the song is really about. That's the whole idea. Recognize the voices in Capella Bavariae? Peter Schreier and Fischer Dieskau included. The pianist is Wolfgang Sawallisch.