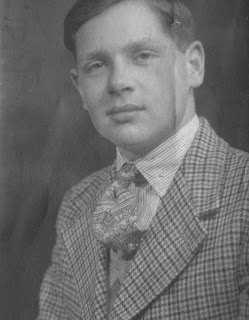 Why is it that great figures don't get respect til they're gone? Ken Russell was a phenomenom who changed so much about British film and, indeed, British attitudes to life and to art. Just as Elizabeth David changed British food by introducing tomatoes, olive oil and (horror!) garlic, Ken brought psychedelic colour to British life. So honour due. Wherever he is, Ken will be snorting and cackling that he gets a night on BBCTV 2 on Saturday 14th January starting 9 pm.

"A Bit of a  Devil", a documentary by Alan Yentob and screenings of Women in Love and The Rainbow, both based on DH Lawrence. Remember the scandal Lady Chatterley caused and how that changed things in its time? Ken's whole life pushed boundaries, all the time.  Ken's films could drive you crazy but he was never bland. And underneath the wild image, a man of knowledge, sensitivity and depth. Please see THIS for more.
at January 13, 2012

Did you know him?

No I didn't... it was just that you referred to him as Ken. And if you did know him, you might have had a copy of the Bartók film, which I've never seen, but a friend said was one of the best.