Ken Russell - a Bit of a Devil 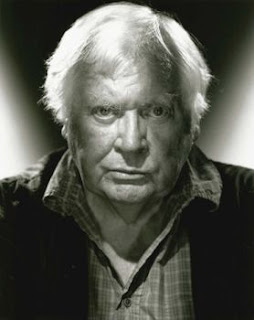 Ken "The Shining" Russell. The documentary "A Bit of the Devil" (watch HERE) was pretty well balanced though a few too many talking heads. Some like Roger Daltrey and Glenda Jackson had constructive things to say. Oliver Reed would have been fascinating but needs a whole film to himself. 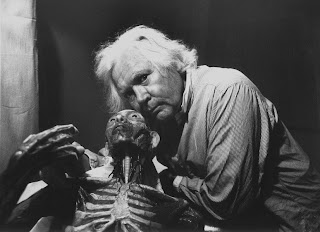 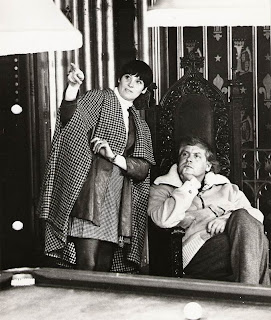 Above right, one of my favorites, Ken and Cadaver (a prop) and right, Ken and Shirley, his first wife, whose contribution to the early work was major. Ah, the Zeitgeist of the 70's. Please note, these photos are copyright and used with permission - do not copy ! 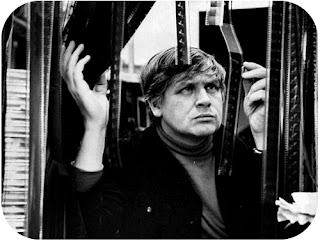 Lots more on this site about the art of films on music and about making documentaries. Ken was a pioneer. He made films which transcended the original subject and became creative adventures in their own right. The Elgar film, for example got to the heart of what Elgar 's personality and motivations might have been. It doesn't matter whether he rode a horse over the Malverns or not: it was the spirit of freedom it represented. Elgar cycled and hiked for miles, so it's psychologically true.  Similarly the last scene, when Elgar's death is suggested by wind blowing through an open window facing the hills. That's poetic licence, much closer to the spirit than faked-up sensation for publicity's sake. Literal and unimaginative films about creative people are stupid. But you can't do imaginative without some inner sense of how people work (not necessarily the subject). That's why I like Christopher Nupen's Sibelius films which are so musically astute. I can't get past the first 1/2 hour of the Ken Russell Mahler film, but respect what Ken was trying to do. The "volcano" sequences express the music but the train scene drives me nuts. OTOH the situation would probably have driven Mahler nuts too, which is why he needed the mountains.
at January 15, 2012