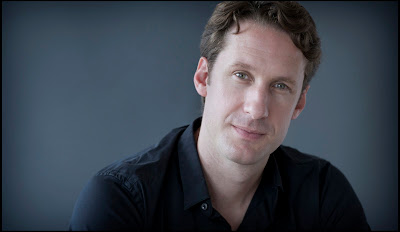 A rare chance to hear Jacques Imbrailo sing Owen Wingrave in Britten's spooky anti-militarist opera, broadcast on BBC Radio 3 on Thursday, available for a week. This is a recording of a live performance at the Linbury, Royal Opera House in 2007. Imbrailo was then in his first year as a Jette Parker Young Artist, but already it was obnvious that he had something exceptional to offer. This performance isn't available on the open market, so listen carefully. Imbrailo's portrayal is imbued with natural purity: his voice seems to glow from within.  So many productions focus on the Wingrave family and their rigid traditions, so Owen can come over as a cipher in comparison. But Imbrailo suggests that the mystery of Owen Wingrave is cryptic. Is Owen like Billy Budd, evoking  metaphysical forces? Does he represent love (not necessarily marriage) in its purest form?

What also makes this performance interesting is that it's transcribed for smaller orchestral forces by . David Matthews, who worked closely with Britten, and understands his idiom well .The original opera was made for TV, so it's perfectly reasonable to make alterations for stage performance. The result is a sharper, more chamber-like focus, which concentrates the mind. Britten makes a lot of the militarism, but a few fanfares and drum rolls can go a very long way. The sparser textures throw more emphasis on the lyrical ballad, reminiscent of folk music. It is “Owen’s theme” reflecting his music. It also emphasises the impression that the legend of the ghost is as ancient as the Wingrave family, depicted in Elizabethan portraits, one of which sports an incongruous Pickelhaube – surely this cannot be a mistake? The nature of the ballad also recalls Britten’s earliest protest music, particularly the remarkable Our Hunting Fathers to texts by W H Auden. “They are our past…..and our future” is surprisingly apposite: listen to it and think about Owen Wingrave.  It was Auden who radicalised Britten. Britten was a conscientious objector during the Second World War, as was Pears – whose brother was a prisoner of the Japanese.

Thus, there are many reasons why Britten would think of Owen Wingrave in terms of an anti-military statement. However, perhaps that’s what explains the weakness of the drama. The opera assumes war is a game: toy soldiers and horses abound in this production. But as the Prussian Field Marshal Helmuth von Moltke, genuinely descended from an ancient military family, said, “No one hates war more than a soldier”. They know reality, politicians don’t. Von Moltke’s descendant, incidentally, rejected the Army, but gave his life opposing Hitler. Perhaps that’s the significance of the Pickelhaube portrait that featured in the staging in 2007?

The Wingrave family certainly don’t know reality, but live in a miasma of blind duty, propelled by a warped fascination with death. Miss Wingrave got her dominant status because of the deaths of her brother and fiancé. Kate thinks Owen’s death in battle would bring her glory: it’s not the man she wants to marry, but the social cachet. Mrs Julian is complicit, too, by moving in with the family, though as an officer’s widow surely she would have had a home of her own. Something’s very odd here. When this household sings the funeral march in unison, their solidarity is more terrifying than the lines they sing. Spencer Coyle, the man who tutored Owen for Sandhurst and presumably knows lots more about what the military means, is much more sanguine about the situation. He doesn’t get nearly as violently upset as the Wingraves. Why are they so hysterical at the prospect of change? What really motivates them? Britten emphasises the role of the house itself. “Listen to the house!” goes a line in the libretto, as if Paramore were a living, active presence. It makes it easy to explain why Owen dies in the haunted room, but why he goes there in the first place isn‘t quite so clear. What has a non-violent man to fear from the ghost of a boy who refused to fight? (the ghost presumably killed his bullying father). Owen Wingrave is the quintessentail Britten innocent, who routs the deviousness around him by the sheer example of his goodness.