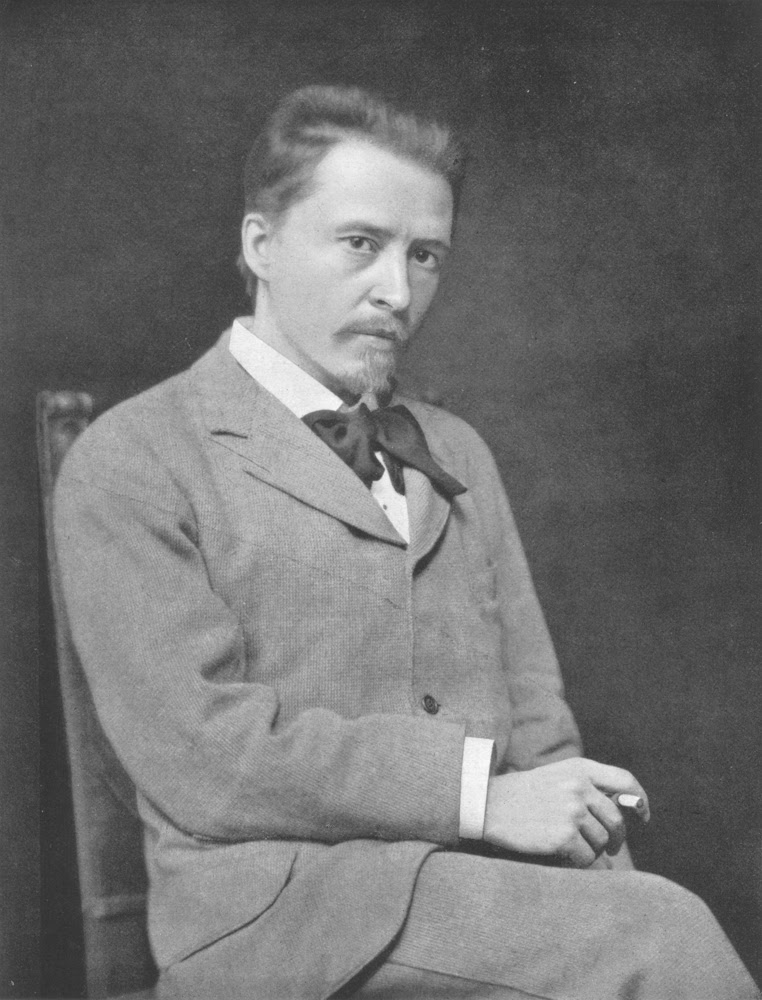 Fun and Hugo Wolf ? Wolf's songs are the epitome of art song, due great reverence. But they're also vibrant with good-hearted wit. This latest concert in Julius Drake's ongoing "Perspectives" series at the Wigmore Hall brought together  Sophie Daneman, Ian Bostridge and Julius Drake, all of whom have been working together for many years, and the chemistry was almost palpable. The Wigmore Hall, with its small size and good acoustic, is specially suited to Lieder recitals, but this concert had an unusually intimate immediacy.

Given Wolf's exceptional feeling for poetry, any interpretations must be influenced by the texts he chose. In this recital, we heard songs by Eduard Mörike.and Goethe, each of which Wolf turns into a miniature opera distilled into purest form. Some of these songs are character studies like Abschied where a critic is kicked downstairs to mock waltzes and garishly manic melodies. There's so much action in this song that it could be expanded into monodrama, but Wolf doesn't overpower the simplicity of Mörike's text. Apart from the droll, and very pointed, reference to Viennese taste,  Wolf writes with the precision of a Lieder composer. Even when Wolf sets more abstract texts, like   Selbstgeständnis, a soliloquy where the single child considers a family dynamic different to his own, the focus is on the protagonist's inner life, and on the poem.

Wolf may have been prickly, but he was an acute observer, and very empathic towards others. From Frank Walker's biography, still the best after 60 years, we get a much more rounded sense of his personality than accounts of his death might suggest. Perhaps his sensitivity to others might explain his respect for the individuality of the poets he set. Wolf's songs, be they settings of Mörike, Eichendorff, Goethe or Heyse, are informed by an interest in people and the siuations they get into.  This good-hearted warmth runs throughout his work. This Wigmore Hall recital was a delight, because it connected to that fundamental humanity in Wolf's music.

Wolf creates character with great subtlety,  In Agnes, for example, a young woman has a ribbon in her hat, which flutters gently in the wind. Daneman sang quietly, as a maiden might. The piano, however,  expresses what a demure girl dare not say. Just as the ribbon flutters. the girl's heart beats wildly at the thought of the man who gave her the ribbon, who has now betrayed her. Often the postlude fades unnoticed, but Drake emphasizes the "fluttering" figures, reinforcing their impact by following Agnes with Lied vom Winde, where notes explode forcefully,  "Sausewind, Brausewind, Dort von hier!". Drake reinforced the connection with the "fluttery" images before the final strophe. "Lieb ist wier Wind....... nicht immer beständig". This wind is capricious but not destructive.  As it blows away, the words "Kindlien, Ade!" repeat three times, suggesting that winds, like love, can return. The connection was made again in An eine Äolsharfe where Drake played the postlude so beautifully that he evoked the magical world of nature spirits that inspired Eduard Mörike.

Like Wolf, Mörike had what we might today recognize as psychological issues, but he also had a jaunty sense of irreverence that gives so much of his work a defiant vitality, which Wolf picks up on. Abschied, for eample, touched on a painful subject for Wolf, who was a music critic as was Eduard Hanslick. Behind the slapstick humour in this song lies the suffering and frustration that would later drive Wolf insane. Sensitivity is important in an artist, so ill-intentioned nit-picking isn't constructive.  Wolf and Mörike.suggest that an artist, being creative, will triumph over the venality around him. Bostridge's performance was superb, conveying bite as well as wit. Every consonant sharply enunciated, crisp, confident, even defiant.

Storchenbotshaft  has long been a Bostridge/Drake speciality. The song is funny, and we join in the shepherd's shock as he learns he's become the father of twins. Yet the poem is Mörike, and there's an element of the supernatural. Wolf writes jerky, angular figures into the music which suggests the way storks move, but also conveys a heightened sense of excitement that borders on panic. "Ein Geistlein, ein Hexlein, so wustige Wicht", each phrase defined by just the right short gasp. Is the shepherd altogether happy?  One of Bostridge's great strengths as an artist is his intuitive ability to access deep, often disturbing undercurrents in the music he sings. His Britten is exceptional.  Over the years, his Wolf has developed true maturity.

In the Goethe songs, Daneman was charming. Her Blumengruß was lustrous, and her Cophtisches Lied I and II nicely articulated. Bostridge was frech und froh in the two Frech und Froh songs, and created Gutmann und Gutweib bringing out the riotous humour. For an encore, Daneman, Bostridge and Drake did an excellent Schubert Licht und Liebe (Matthäus von Collin). As duet, the words "süßes Licht" entwine deliciously. 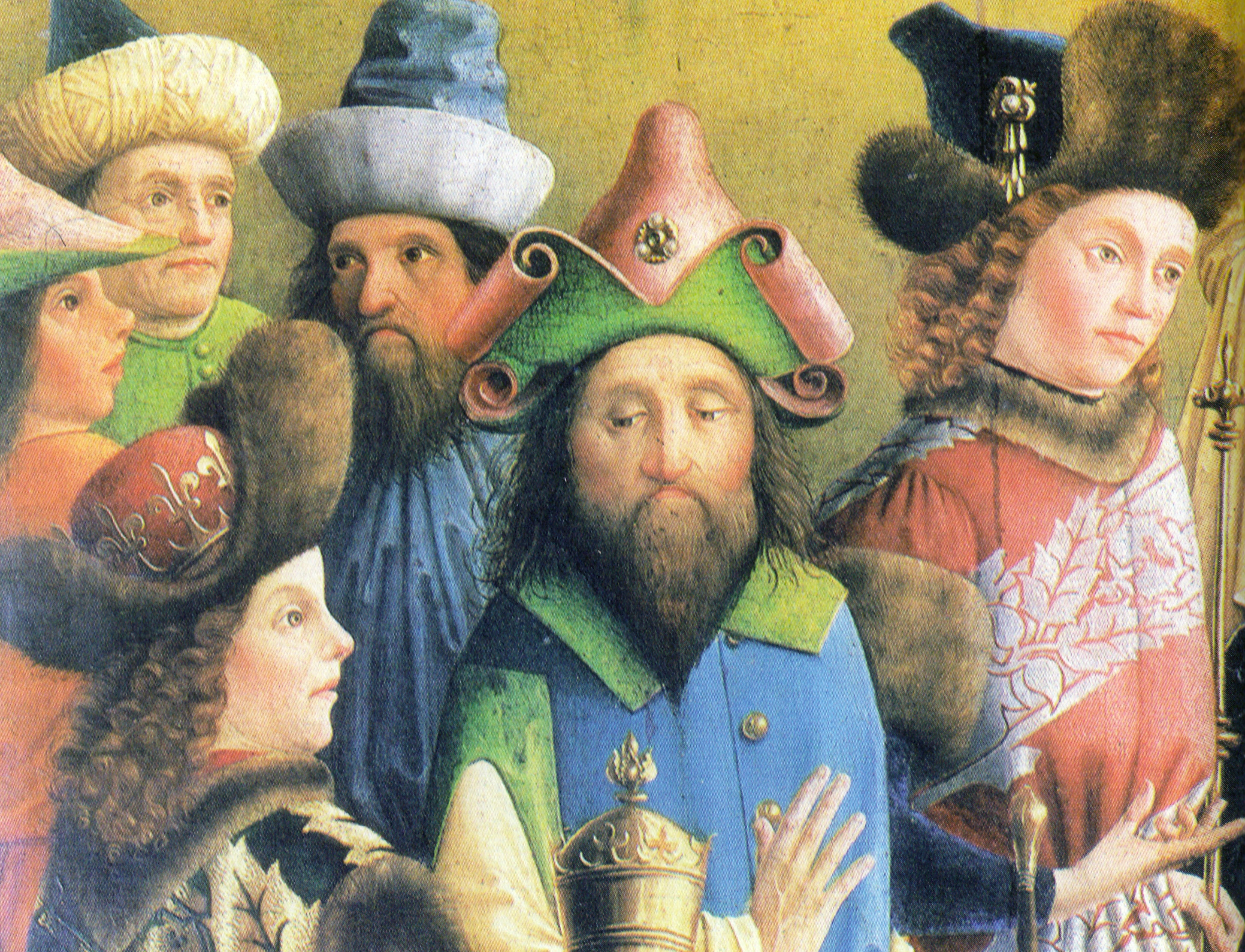 The surprise of the evening, though, happened while Daneman sang Wolf's Epiphanias.  The door behind the stage opened. In walked a boy dressed as a Wise Man, bearing a gift. He was followed by two other boys in costume, and then a little girl, dressed asd a fairy, waving a wand with a star at its apex! The song was written on 27 December 1888, while Wolf was spending the holidays with the Köchert family. In Goethe's time and quite likely in late 19th century Vienna, household masques like this weren't unknown: indeed, Goethe staged a presentation of this very poem at Weimar in 1781. Moreover, people used to have processions door-to-door bearing a star. The parallel with Wagner's children serenading Cosima on her birthday wouldn't have been lost on Wolf if he'd known.  Wolf had a long-term love affair with Melanie Köchert, with the tacit approval of her husband, Wolf's patron and friend. Evidently they all got on, so Wolf was able to rehearse the Köchert children and play the piano. The song was a gift of friendship, a love song in code (Read more here). This time, at the Wigmore Hall,  two of the children were Bostridges and the younger pair were Daneman's children.  All four moved solemnly in time to the music, with great dignity.  It was hilarious, and also magical. It showed Hugo Wolf as "family man", loving and loved. For years, I've dreamed of interpretations that would access this aspect of Wolf's idiom. Thanks to Drake, Bostridge and Daneman (and their kids), that dream is  fulfilled.


For more detail, read the full review in Opera Today
at February 21, 2013