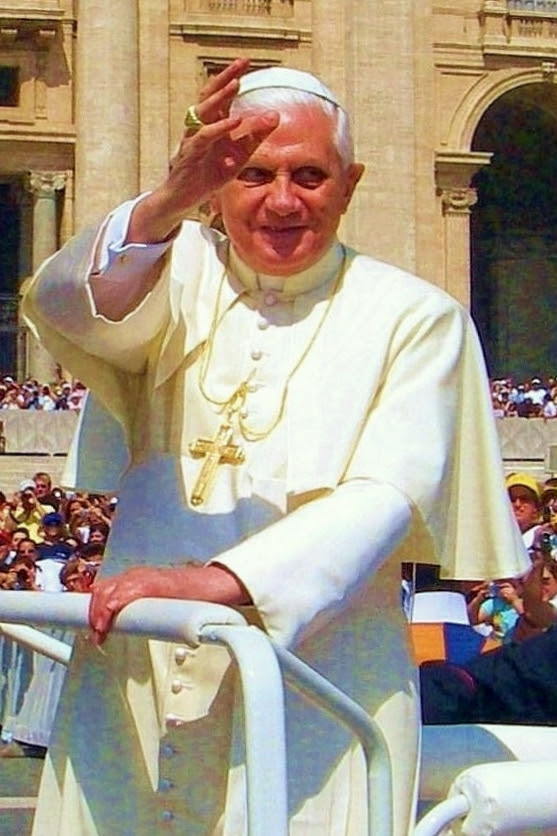 Politicians, bankers and other egotists would do well to consider the Pope's resignation. Running a multinational conglomerate isn't easy at the best of times, and these aren't easy times for the Church. So Benedict XVI has the courage to face the reality that he isn't the one to make the changes that are needed.

Church and Faith are different things. Perhaps he feels that the faith will be stronger if the Augean stables are ckeaned. Perhaps he is just honest enough, and humble enough, to know that he can't work miracles. Or he's so sick of the intrigue that goes on in big institutions that he wants to return to the basic roots of his faith and spend the rest of his life in prayer. God knows, that might even work.

If more people in public places had that kind of integrity this world might be a better place. Instead, the world is full of venal egotists who can't see beyond their own self interest.  Benedict XVI will be excoriated on all sides for being too liberal, too illiberal, too slow to act or too progressive. Being Pope is a no-win situation. Maybe it's just theway that I am, but I think one should look at the man behind the role. Have we become so brainwashed by power games that we can't comprehend when someone rejects toxic values? Politicians, tycoons, so-called leaders and perhaps the rest of us, should meditate on what Benedict has done.
at February 12, 2013