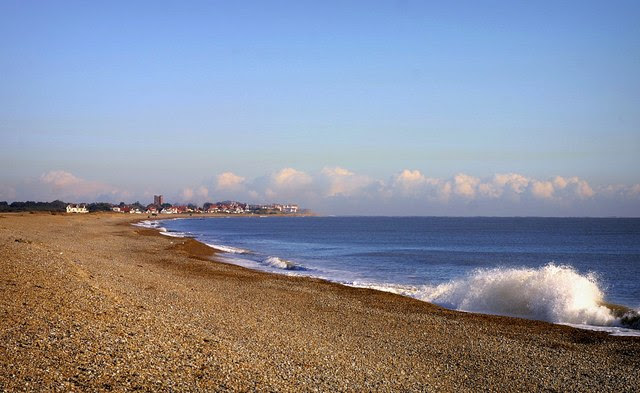 Aldeburgh is a place of pilgrimage if  you're serious about Benjamin Britten.  Perhaps more than most composers, Britten's music connects to the landscape he knew. Among the reed beds at Snape, and by the ocean (especially in winter), you can intuit more about Britten than rational analysis could reveal. Britten's years in America were a kind of creative impasse. Then he read George Crabbe's The Borough. "I suddenly realized where I belonged and what I lacked". Rushing home, he found his creative destiny. Peter Grimes was the immediate result.

Naturally, Peter Grimes is the centrepiece of this centenary year's Aldeburgh Festival of Music and the Arts. The Festival opens with a concert performance of Peter Grimes on Friday 7th June, repeated on Sunday 9th.  Veteran Britten specialist Steuart Bedford conducts.  Although there will be other Peter Grimes productions this year with starrier orchestras and casts, hearing this production at The Maltings in Snape will have extra, non-musical significance, because the opera was written across the road, literally, when Britten lived at the Old  Mill.

What's more, there'll be Peter Grimes on the Beach, a unique realization of the opera enacted outdoors, on the beach at Aldeburgh. This could be very good, as open air performances have been a feature at Aldeburgh for years, and they know how to do these things well.  Tim Albery directs, with sets, costumes, lighting and sound design by Sounds Intermedia. The singing will be live, though the orchestra will be recorded - instruments and weather don't mix. Since the sounds of the sea and shingle permeate the music, it will be atmospheric to feel the wind, smell the ocean, and feel the wild forces of nature engulf the performance.  As night descends, and darkness envelops the plot, the audience will be drawn into the proceedings, just as the townsfolk in the opera are complicit in what happens. If the weather is mild, it might be an anti-climax, but you are never likely to experience anything quite like this again.

hen Britten lived in Crag House, on Crabbe Street, the window in his study opened straight onto the beach. Crag Path itself is a steep, narrow set of steps which the townsfolk in George Crabbe's time would have used frequently to get from the church to their homes and boats. Crag House is five minutes walk from Jubilee Hall, where the first Aldeburgh Music Festival was held 66 years ago. Concerts are still held there, though it's small and unsophisticated. Renovation would ruin the ambience.

Felix Barrett and Punchdrunk Theatre will be  doing a series of events called The Borough, part way between George Crabbe's original poem (entitled The Borough)  and Britten's opera. Punchdrunk is unique in that they merge performance and audience, performance space and "real" surroundings. Small groups will be able to participate on "individual theatrical journeys" around the places Crabbe and Britten knew, blending modern reality with artistic imagination. 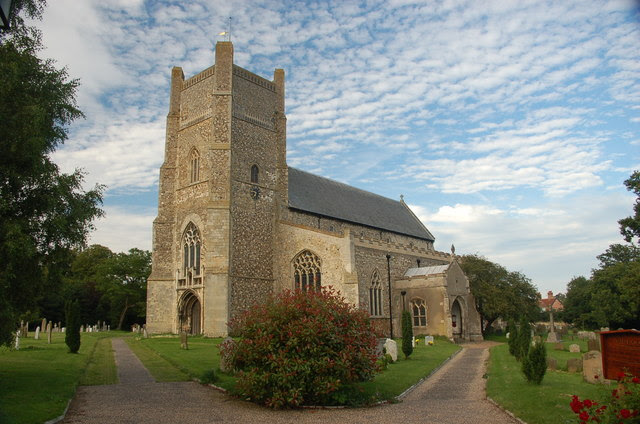 All three of Britten's Church Parables will be performed at Orford, in the church for which they were written. Seating is limited, and parking almost non-existent, but that, I think, is part of what the Parables entail. They aren't "easy", but almost penitential. Theatre in ritualistic form. There are parallels with medieval mystery plays, where spiritual concepts are more important than dramatic narrative. Curlew River is one of the most uncompromising works Britten ever wrote, but also crucial. It's inspired by Noh drama, so it's stylized and orientalist,  but it deals with a theme fundamental to Britten's psyche. The current hysteria about Britten's sex life shows how little his music is understood. Britten's interest in boys wasn't erotic so much as a working out of deep anxieties about identity and loss.  Prurient and small-minded folks should be forced to sit through Curlew River over and over again until they appreciate Britten's passionate protest at the loss of innocence. From this stems his pacifism and his sense of social justice. Miss these thing and you might as well not know Britten at all.

Curlew River is followed by The Burning Fiery Furnace and The Prodigal Son. The church parables are extremely well cast, including James Gilchrist, Lukas Jakobski, Rodney Earl Clarke and Samuel Evans, with Roger Vignoles  as music director. Mahogany Opera (Frederic Wake-Walker) won't be using the oroiginal designs, but those inspired by Mara Amats, an artist based in the region, who had a dramatic life.