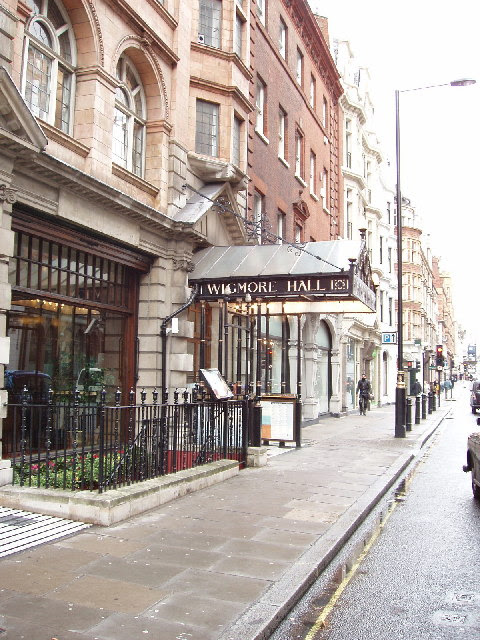 John Gilhooly, Director of the Wigmore Hall, has announced the Wigmore Hall's 2013-14 season. It's so interesting that it's worth becoming a Friend so you can book before things sell out. This is Wigmore Hall programming at its best, a look back on past glories, but also innovative and forward thinking.

Big name stars: Bryn Terfel is doing a piano recital with Malcolm Martineau. This is a a rare occasion. What will prices be like, I wonder, as Bryn don't come cheap.  Will he be singing songs or arias ? He'll be joined by Simon Keenlyside.

Matthias Goerne is being honoured in what's billed as  a "celebration".  Goerne hasn't appeared in London much at all in the last few years,  but not long ago he used to appear 6 or 7 times a year, and always at the Wigmore Hall, where he was greatly admired. His ongoing Schubert series for Deutesche Grammophon is superb. Ian Bostridge is singing Schubert, too. As with  Goerne, the Wigmore Hall launched his career. It's surprising, though, that he isn't singing enough Britten in this centenary year. He has exceptional insights into Britten's idiom and brings out the strange, dangerous depths better than anyone else. To please the opera fans, Christian Gerhaher will be doing a recital, and Dame Felicity Lott will be giving her Farewell. Flott is a beloved fixture at the Wigmore Hall - there won't be a dry eye in the house. Flowers everywhere!

Yo-Yo Ma is giving a Gala concert and there'll be a Menahem Pressler Tribute. Mitsuko Uchida is giving a recital with members of the Berlin Philharmonic Orchestra. András Schiff will be doing a Bach series, which should be provocative.  Stephen Osborne gets a "Spotlight".  For those who love violin, Isabelle Faust and Julia Fischer. Marc-André Hamelin is this year's Artist in Residence.

For me, though, the really intriguing things aren't the one-off concerts but intelligently grouped series that delve deeper into repertoire. This year, a 25-concert Contemporary Music series, no less!  Although the Wigmore Hall has an elegant image, it's always been a place where contemporary, new music has thrived. Many composers we consider mainstream now had premieres at the Wigmore Hall, which also sponsors composers like Sir Harrison Birtwistle, Luke Bedford, Thomas Adès and others. This season there's a George Benjamin retrospecticve to coincide with Benjamin's Written on Skin at the Royal Opera House, and later a Simon Bainbridge study day. Although we don't know what this important new series includes, we can be pretty sure from past form that the Wigmore Hall will deliver something well worth listening to. Julian Anderson is next year's Composer in Residence.

The Nash Ensemble follow on from their British music series with an American series: think Barber, Ives, and possibly more adventure. When the Nash do things, they do them well. The Jerusalem Quartet are doing the Shostakovich String Quartets. The Takács Quartet are doing a series and the Elias Quartet are planning a Beethoven cycle.

The Wigmore Hall is also an excellent place for baroque, because the acoustic is so intimate. Christophe Rousset brings Les Talens Lyriques, and William Christie brings Les Arts Florissants.  Harry Bicket and the English Concert celebtrate their 40th anniversary and L'Arpeggiata are baroque artists in residence. Exaudi will be performiong too, whether early music, baroque or contemporary, or all of the above, they are that versatile.

All this plus a Tippett Retrospective, and a Joseph Marx song series. Tippett in a Britten year?  That's what I love about the Wigmore Hall. It doesn't do predictable "anniversaries" but understands that its core audience can take more of a challenge.