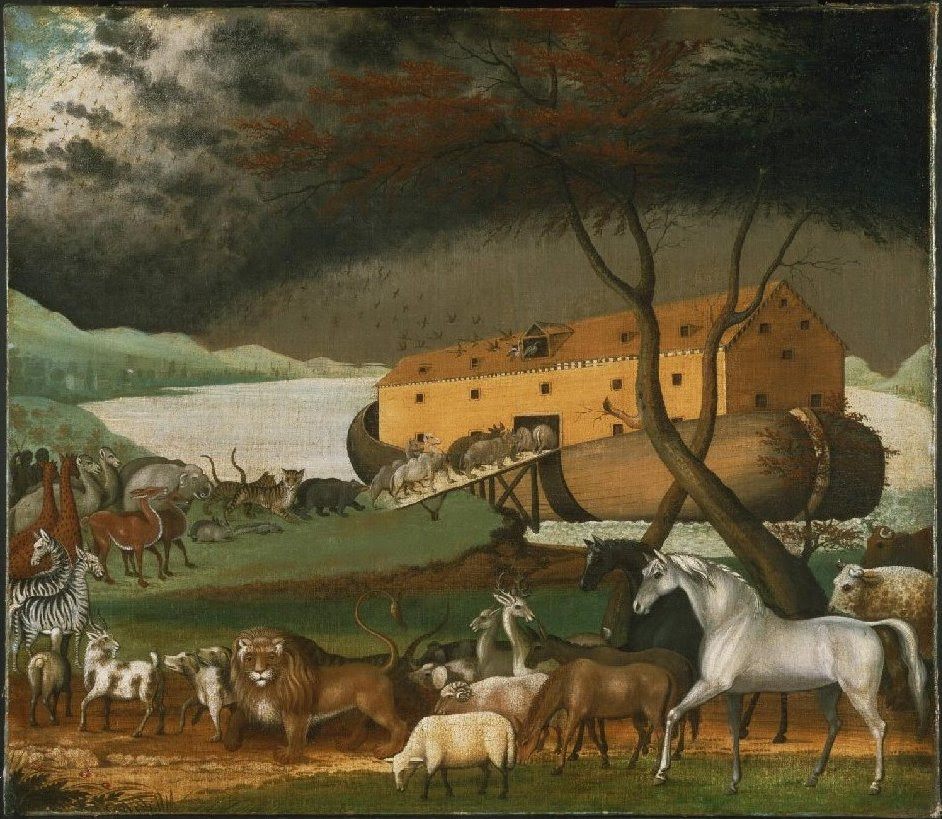 Britten's Noye's Fludde at Blackheath Halls  - a heartwarming experience that really shows how to "grow" opera audiences of the future. Most schemes to promote interest in classical music are worthless. Benjamin Britten, however, believed that if people were involved with performance, they'd appreciate what was involved.

Blackheath Halls has a reputation for producing high-quality opera on a very small budget.  This Noye's Fludde was so good that a professional company weould be glad to have created it. Perhaps it helps that many locals are involved in music anyway, and their standards are high. But this performance was special because of the children.  They had spent the whole half-term holiday preparing. Noye's Fludde iss an ideal multi purpose project for schools. because it can start kids thinking about issues like the environment, and ethics, which all children can relate to. Everyone can join in, whether they're singing or not. The animal, bird  and insect props werer made by the children themselves at school,. Each "head" was made from an empty milk container, adapted to look like an animal with bits of recycled material. Simple ingenuity, and environmentally sound

For me, the show began even before the performance started. .Happy children were milling around the premises, quivering with anticipation. Their faces shone with enthusiasm, even though they'd had a busy week. Children haven't lost touch with the sense of wondrous discovery. Too often adults have that creative spark knocked out of them by convention and received wisdom. Britten wrote so well for children because they are truly "innocent" and see the world afresh.

The children of Blackheath  justified Britten's faith. Surprisingly good singing, especiially the three boy trebles. Sem, Noye's son, must have acting genes. This experience will enhance the lives of all these children, no matter what they go on to do as adults. The Kyrie Eleison, sung by a chorus of children carrying symbols of animals and insects, is naturally dramatic. There's no pressure on the children to perform  It's enough that they're enjoying themselves.  Effective, unfussy directing by James Hurley, the Gossips being particularly well defined, the stylized ritual softened by humour. . Noye's Fludde derives from medieval mystery plays. Britten knew his traditions: Blackheath children were learning their heritage.

Matthew Rose was a superb Noye. Although this opera is nothing without children, casting Noye is crucial.. Rose looks imposing. His voice conveys strength, but more importantly, he sang with great tenderness. Dressed in simple working man's clothes,  a raincoat suggesting a sou'wester, Rose's Noye is a human being with frailties like anyone else, whose wife (Clarissa Meek) has a mind of her own. When Rose sang the phrase "think on me", he conveyed sincere humility,  He communicated so well that the children were transfixed, lining up later to get their programmes autographed by The Famous Opera Singer. Rose chatted to them as individuals. These children aren't going to grow up thinking that opera is elitist.  Lawrence Wallington, the bass, spoke The Voice of God with authority, yet also suggested paternal joviality. After all, The Voice of God calls Noye "my darlinge deare". One day, perhaps, Rose will do the Voice of God, and these children will be opera fans. They'll be able to say, "We sang with Matthew Rose when we were young".

Britten's orchestration is inventive, so Noye's Fludde can be enjoyed on many levels. even the youngest children can relate to sounds made when spoons beat mugs suspended on strings. No-one needs to be professional - or adult - to delight in simple instruments like recorders, a wind machine, gong, hand bells and bugle. Atmospheric special effects are built into the music. Embedded in the main orchestra is a children's orchestra, so the music operates on parallel planes. In the Flood, Noye is not alone but protected by his Ark and his faith. Conducting this kind of ensemble requires sensitivity, and  Nicholas Jenkins achieved a good balance. Although Noye's Fludde is an opera performed  with children and amateur musicians, it's sophisticated musically. For example, Britten uses phrases from Peter Grimes. Noye, his family and the animals are "those in peril on the sea", though not quite in the same way as Grimes and his boys were. The hymn connects to religion, but more pointedly for Britten, to his faith in the value of community. Strife reigned before, but the Deluge wiped out cynicism and self interest. Now there is true harmony, between God, nature and man. The community is made whole. This new dawn is far more profound than coloured lights. The real rainbow in Noye's Fludde, as Claire Seymour says in her The Operas of Benjamin Britten, is "the kaleidoscope of instrumental colours" in the final Amen, "symbolizing the all-encompassing embrace of God's blessing on Noye".

This summer, watch out for Verdi Macbeth at Blackheath Halls.