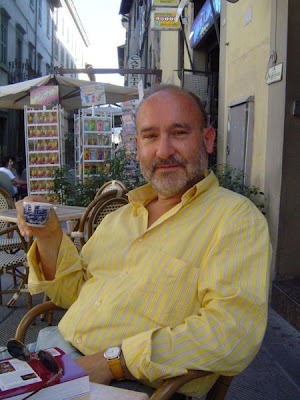 The Royal Opera House main hall season 2013-2014 is good. The more you delve the more intriguing it gets. Same, too, for the 2013-2014 season in the Linbury Studio Theatre. Real cutting edge stuff coming up, but tried and trusted too. What a pity that the Linbury is too small to accomodate the audience it could attract. Plus, the seating is so cramped that anyone over 40 or 5 foot 6 cannot sit in comfort. Perhaps ROH should be thinking like Nicholas Kenyon at the Barbican, who is outsourcing medium sized events outside the main building.  The Linbury is fine for bijou miniatures, but some of the performances here are important enough, and popular enough, to merit the performance spaces they deserve.

First off : The Wasp Factory, based on Iain Banks's cult novel, with a libretto by David Pountney.  It describes "the disturbing acts of a psychopathic teenager ..... as part of a self-invented warrior cult, he uses a home made apparatus called the Wasp Factory to determine whom he will kill next and how.". Composer and director is Ben Frost.  This is a co-production with Bregenz, Hebbel-am-Ufer, The Holland Festival and the Cork Midsummer Festival, which sounds promising.

Then a really big double bill: Mark-Anthony Turnage's Greek and Salvatorre Sciarrino's The Killing Flower (Luci mie traditrici) which tells the story of  Carlo Gesualdo, artist and murderer.  Sciarrino is one off the biggest names in contemporary music, His music is beautifully poised and magical. Don't let the subject matter deter you any more than the subject matter of George Benjamin's Written on Skin. (reviewed HERE).  Sciarrino is a sensitive and very well informed composer, so it's quite possible the work will be filled with references to Gesualdo's music, interpreted through a modern perspective. Read more about Sciarrino HERE. That's him in the photo above. Cool dude!

Another reason Sciarrino's The Killing Flower should not be missed is that it's being produced by Music Theatre Wales, the innovative company that specializes in interesting new music, like Philip Glass's Into the Penal Colony (reviewed HERE) which Glass liked so much that he's written a new opera specially for them, also based on Kafka. The Trial is in the pipeline for 2015. We're truly lucky that they have an arrangement with ROH. The only other place they're doing this double bill is at the Buxton Festival. The Killing Flower is being paired with Mark-Anthony Turnage's Greek, not in the original production but a relatively new Music Theatre Wales exclusive from 2011.  This is the opera that made Turnage's name when he was an angry young man. Read more about it HERE. Music Theatre Wales is celebrating its 25th anniversary with a good touring programme. More about that HERE.

For the Christmas/New Year season, a family opera from Julian Philips, whose The Yellow Sofa is a big hit at Glyndebourne Touring Opera. Philips used to be a fixture at the Wigmore Hall, a genuinely erudite and perceptive man, of whom there are far too few. His music is good, too, accessible and stimulating. When he writes for kids he doesn't write "down" at all. This is how you capture the imagination of future audiences : give them good work and all else follows  How the Whale Became, to a libretto by Edward Kemp, is based on Ted Hughes's  The Dreamfighter and Other Creation Tales.

In February, a curiosity, Tippett's King Priam paired with Britten's Paul Bunyan. Tippett and Britten aren't natural bedfellows, and one might say this combines the best of Tippett and worst of Britten.  Anyone familiar with both operas will gasp at the logistics, particularly in a place like the Linbury. There's something so strange about this that a friend suggested that each might be done on different nights, which makes sense, but why do both?  I won't speculate as uninformed guesswork is the enemy of good sense. The English Touring Opera toured with King Priam (on its own) last year.

Luke Bedford's F4u5T sounds like a big departure from his usual style.  It was devised as a companion piece to Gounod's Faust which will be on at the Main House in April 2014, so it might be a humorous experiment rather than a through-composed new opera. Working with electronic sound artist Matthew Herbert, F4u5t is about a composer frustrated by convention, who is seduced by Mefistofeles in the form of a super computer. "Soon he is using his music to manipulate and physically control the world with thrilling but deadly consequences". Probably witty and this time not above the heads of the London press.

ROH is collaborating with the Aldeburgh Music Festival and Opera North for another double bill, featuring as yet un-named operas by Elspeth Brooker and Francisco Coll.  This will be Brooke's biggest ever break. Coll is a protégé of Thomas Adès who calls him "strikingly individual". But the libretto is by Meredith Oakes, so the Adès connection may weigh heavily.

Luca Francesconi's Quartett  will have its UK premiere at the Linbury in June 2014. This is a major work, premiered at the Salzburg Festival  in 2011 and then at Teatro alla Scala, Milan. It was produced by La Fura dels Baus no less.  This will, however, be a completely new production co-produced with the London Sinfonietta  and Opéra de Rouen, directed by ROH Associate Director John Fulljames. That alone guarantees it will be good.  Quartett is loosely based on a play itself based on Choderlos de Laclos' Les Liaisons dangereuses, which isn't a novel so much as a series of letters through which the tightly plotted strategems are revealed. I think it would suit Francesconi, whose chamber music is exqusitely detailed and tightly constructed, The Arditti Quartet champion his work: he's very good indeed. Surprisingly, Tony Pappano is another fan, which ups his street cred no end. Although the opera is as compact as the story, this will be one of the most important new music events in years: the Linbury just doesn't have the capacity to give this opera the space its audience needs.  Why this isn't at Snape or QEH or even Spitalfields, I don't know. It needs only two singers but "a vast symphony orchestra and chorus" plus recorded samples over live music.

Linbury 2013-2014 ends on a fun note with HK Gruber's Gloria - a pigtail. Anyone who knows HK Gruber will know how eclectic his inventions can be, mixing genres with wit and dark humour.  Gloria is the story of "a pig princess looking for love who is dazzled and wooed by a prince who turns out to be a butcher but at the last moment is saved from the chop by Rudi The Wild Boar".   Shades of Gesualdo thru Austrian comic book?  The director will be Frederic Wake-Walker, the production by The Opera Group, Fulljames' original company. Again, their work is so good that this will be a season highlight.
at March 17, 2013