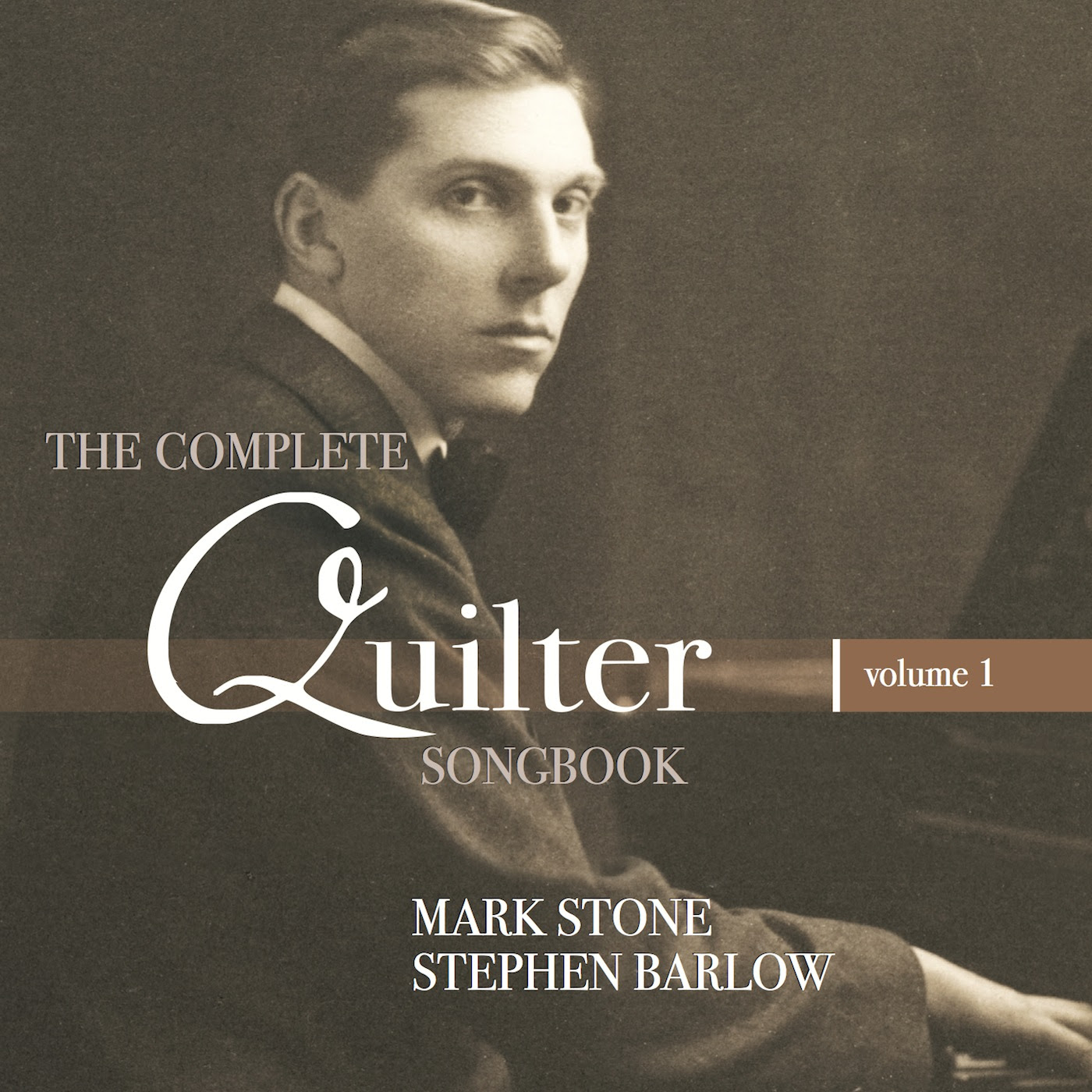 Roger Quilter's songs have special status in the canon of English music. Quilter (1877-1953) stands apart from the British music mainstream.He didn't have a choral or religious background. Independently wealthy, he trained in Germany, not in England. He found his niche in art song early, producing songs of graceful refinement, many of which are central to the English Song repertoire, and are frequently heard in recital and on recording. Until now, however, there has been no complete edition of his songs, so Mark Stone's latest series, The Complete Songs of Roger Quilter, is greatly welcomed.  Get it from Stone Records in hard copy or track by track HERE.

Like Hugo Wolf, Quilter lets the poetry  shine with beautifully measured poise. Shakespeare's words in their natural language are so lovely that it's unwise to cloak them with excess verbiage. Quilter doesn't need to obfuscate. He gets straight to the point with delicate economy of gesture. Quilter's Hark, Hark the Lark soars to an ecstatic climax in 64 seconds, like an outburst of spontaneous joy, not unlike Wolf's Er Ist's.  Schubert's setting of the German translation, Horch, horch die Lerch, is exquisite, but it's more Schubert than Shakespeare.

Orpheus and his lute, being an anthem to music, has attracted many settings.  Quilter was an almost exact contemporary of Ralph Vaughan Williams and Edward German. In Quilter's setting the piano evokes the rich timbre of the lute, while German's version has a wilder sense of joy. Quilter was a generation older than Ivor Gurney and Gerald Finzi. Quilter's settings of Fear no more the heat of the sun  and It was a lover and his lass differ from RVW's and Finzi's, but all show how the same words can be used with different effects. It's also interesting to compare Quilter's When icicles hang on the wall with Thomas Arne's, 200 years before. Different times, different approaches.

Similarly, compare Quilter's I will go with my father a-ploughing with the setting by Ivor Gurney. Gurney was an outdoorsman, who responded to the poem with a setting evoking the joy of nature. Quilter's version is more circumspect, closer perhaps to the poet Joseph Campbell. Mark Stone includes in this disc Quilter's settings of Rudyard Kipling and Robert Louis Stevenson.  Sound sample below :