Zamponi Ulysses on the Island of Circe 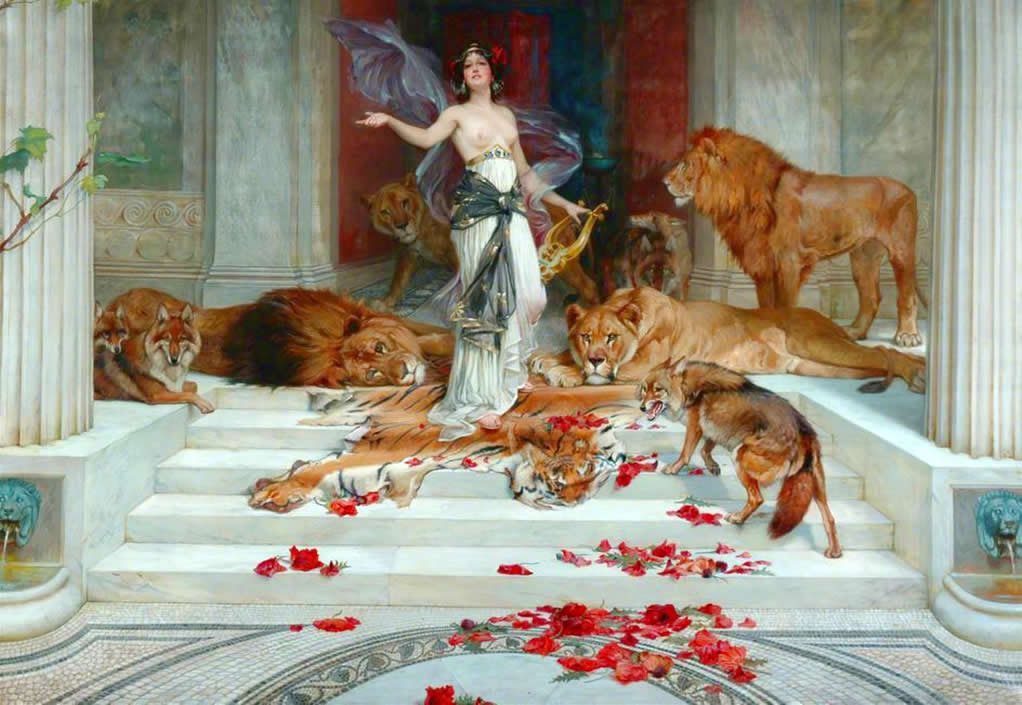 Perhaps it's because the performance is exceptionally good. The ensemble is Clematis, highly respected European baroque specialists. Clematis is conducted here by Leonardo García-Alarcón, who helped found the group in 2001. Why Clematis?  Clematis  is "a delightfully scented flower that represents the principles of idealism and of creativity. Such a name for an ensemble specialising in baroque music is more than justified, for it is creative in that this repertoire can only live if it receives an interpretation based on inspiration and renewal; it is idealistic in that such creative inspiration must of necessity be based on a great respect for the work as it appears in its original sources."  Poetry like that perfectly describes their grace and refinement. Period instruments are unfairly maligned because they are misunderstood, but they are essential to the whole baroque aesthetic. This performance is outstanding. a perfectly poised balance of energy and refinement, Instruments and voices blend in perfect rococco elegance. Listen to battaglia and to the "distorted" music that describes the effects of Circe's magic potions, and to the ballets which would have been integral to the opera.

The soloists are high level too. Cappella Mediterranea is another specialist ensemble whose members work closely together as well as pursuing separate careers. Céline Scheen  sings Circe and Furio Zanasi sings Ulisse. Interesting sexual tension between them : attraction and repulsion in equal measure. Dominique Vlisse, the countertenor, sings Argesta, doing a long monologue in an "animal" voice. Indeed, lots of "animal" noises and banter in this opera, which must be why it was once so popular. Venus (Mariana Flores) and Mercury (Zachary Wilder) intervene. Baroque was not boring ! This performance took place at the Opéra Royal de Wallonie in 2012. Catch it on BBC Radio 3 for a few more hours.
at March 20, 2013