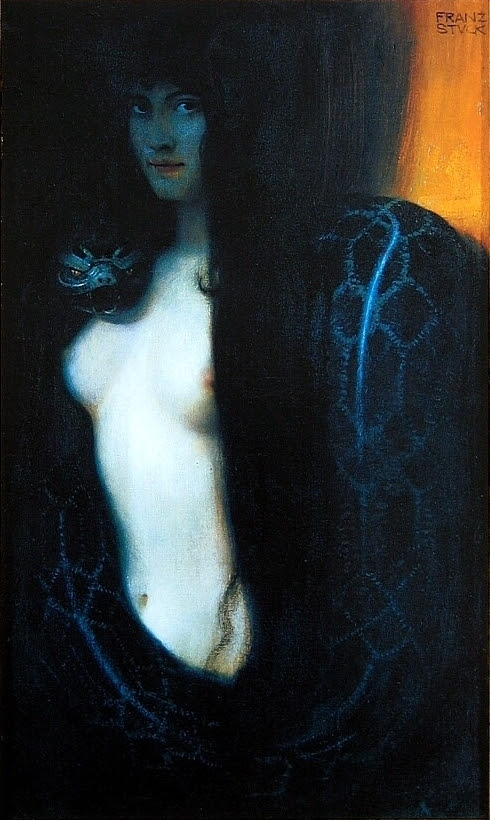 It was good that Welsh National Opera brought Alban Berg's Lulu to Milton Keynes on a snowy evening. The colours in this staging were so lurid that the London scene came as a relief. That would be an interesting idea to develop, since in some ways Lulu has been seeking death all along.  A much more obvious reason for the bright colours was that David Pountney and his design team (Johan Engels and Jeanne-Marie Lecca) were being faithful to the circus theme which sets the tone for the opera. "Hereinspaziert in die Menagerie". Actors with realistic looking animal masks filled the stage among uprights that looked like reels of film.  This was a good reference to the theme of cinema, for film, even more so than circus, deals with illusion. And Lulu is an opera about illusion, where nothing is quite what it seems.

"There's so much to look at" exclaimed a lady behind me. "Good " said her husband, "we don't have to listen to that music" Again that's a valid point, for this Lulu was a good way of bringing modern music to audiences who think modern music is dangerous. They loved the show, which proves it was a success. Seduced by the colours, the animals, corpses hanging from meat hooks, girl on girl action and two scenes of in your face full frontal nudity, West End audiences would have loved this too. There's something to be said for that.

Because this Lulu is touring together with Janáček The Cunning Little Vixen and Puccini Madama Butterfly, it's not unreasonable to seek a common thread between the three operas.  In his introduction, Pountney makes his concept clear. Berg and Janáček were writing in the same period, when proto-feminist ideas were gaining ground, and sexual freedom provoked challenge. Certainly this is the case with The Cunning Little Vixen, where Janáček explicitly equates the Vixen's personality with natural urges, justifying his own longing for Camila Stosslova who in real life held him at arm's length.  I've written extensively on Janáček 's Dangerous Women and their subversive challenges. I like my Vixens with fangs! Yet Janáček's heroines are ultimately projections of the composer's own fantasies.

Lulu definitely has a liberation context, for women's rights were very much a part of the Munich Secessionist zeitgeist which was much more radical than the softer focus Viennese Secession. Read about Franziska zu Reventlow and follow the labels below for "Munich" and "women, feisty".  This was the world that inspired Wedekind, Franz von Stuck, and later Strauss and Brecht. Without Munich, we would not have Weimar Berlin. Lots on this site about Weimar, too, and the connections between Brecht and Berg.  Plenty on Weimar film, too, which is relevant in any consideration of Lulu.  See Mädchen in Uniform here. So I'm more than sympathetic with  Pountney's basic approach.

Lulu does say she found herself while she was in prison without men, and Countess Geschwitz talks of studying law and helping women. Berg, whose own sister was a lesbian and a rebel, could have been tongue in cheek quoting quite a few women in that period.  But is Lulu a real person or a projection of other people's fantasies? Is she even a sexual being ? She's had a traumatic life on the streets since she was 12.  She is like an abused child who has learned that sex is a means of survival, not a pleasure. Her seductions are a form of aggression, not lust.  She doesn't trust enough to love.What is her relationship to the decrepit Schilgoch, who like Berg is asthmatic? Not for nothing did the composer double Schilgoch with the Animal Tamer, and write in many references to composing and music.

Given Berg's obsessive compulsive fascination with patterns and secret clues, we can't take anything too literally. Lulu can be interpreted as a cryptic drama arising from musical abstraction.  Krzysztof Warlikowski's recent Lulu with Barbara Hannigan and Christof Loy's much misunderstood ROH production access levels in this amazingly complex opera beyond anything in this WNO production.

Helene Berg may have guessed at the real danger in Berg's Third Act, which to my mind marks an almost revolutionary new phase in Berg's writing.The Paris scene, for example, starts with the "circus" imagery, but now extends to a wider political sphere. It doesn't depict prostitution per se, but the way society prostitutes itself in pursuit of illusion.  The stock market scenario is central to meaning. Everyone trades, no-one escapes. Lulu is not a free spirit at all.  Some dislike the Paris scene because it's so diverse, but the real meaning is in the music, which spirals in concentric circles.  Is Berg entering new territory where the idea of narrative becomes supplanted by musical drama?  When Berg brings the men back in new guises, he's extending the idea of illusion still further. Jack the Ripper, for example, bears little resemblance to the "real" Jack the Ripper.  The London scene brings Dr Schõn back, which is good symmetry. When I first heard the Third Act soon after its its completion, I couldn't make head or tail of it.  One of the insights of Loy's production is that it takes away the obvious markers in terms of costume, and makes you think about the rarified inner logic.

The two act version ends with Lulu's escape from prison and her seduction of Alwa on the same sofa on which his father bled to death.  This would have felt right until the full extent of Berg's work was revealed.  According to Douglas Jarman, "Of the 1326 bars only 87 were not fully notated in Berg's short score and with one exception, all these "problematic passages" could be completed with Berg's intentions either by following the indications provided in the score or by doubling the instrumental parts". The exception he mentions is the barrel organ music in scene two, but Jarman says "an indication ...is to be found at the end of the Variation movement of the Symphonic Variations where the first four bars appear...in Berg's own orchestration".  So the Paris scene is true Berg almost in entirety and the barrel organ music is Cerha. Would we reject Mozart's Requiem or Deryck Cooke's performing version of Mahler 10 because they aren't 100% ? Earlier this year Daniel Barenboim conducted a "new" version of Lulu with major cuts, eliminating the Paris scene and the Animal Tamer, and adding spoken texts from Kierkegaard. The WNO production apparently uses a new edition prepared by Eberhard Kloke which changes the Paris Act which was original Berg. The emphasis seems to be to spotlight the prostitution dialogue between Lulu and pimp. Perhaps the WNO Lulu would have worked better in the two act version.