Big publicity for the Prokofiev - man of the people? concert at the South Bank, but the smart money was at the Barbican to hear Prokofiev's contemporary, the rarely heard Nikolay Myaskovsky. Ten years older than Prokofiev, Myaskovsky (1881-1950)  knew the brief period when the Soviet Union represented the futurist modernity. A sensitive aesthete with an upper class background, he cloaked himself in inscrutable reticence, which helped him survive the excesses of Stalinism. Oliver Knussen's striking performance of Myaskovsky's 10th Symphony with the BBC Symphony Orchestra showed how much more there is to Myaskovsky than his relative obscurity might suggest.

Myaskovsky's inspiration was Pushkin's story of the Bronze Horseman, where a man, whose lover has died in a terrible flood, rages against fate. The huge bronze statue of Peter the Great comes off its plinth and hunts the man down.  Even in Pushkin's time, that could be read as a protest against unfair authority. In 1927, as Stalin was consolidating power, it was shockingly brave of Myaskovsky to choose such a subject. 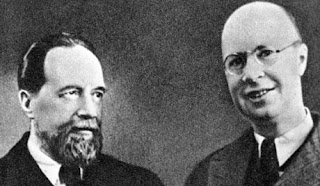 Furthermore, Oliver Knussen's striking performance brought out the modernist elements in the score much more sharply than Evgeny Svetlanov did in the only readily available recording. One of Knussen's specialities is Futurist music. He underlines the contrast between the "little man" and his beloved, represented by solo violin (Andrew Haveron) and the overwhelming forces against them. Indeed, Myaskovsky was particularly moved by Alexander Benois's illustrations of the story (see above) so Knussen's dynamics carry weight. Rolling waves of brass and timpani vividly evoke the waves of the flood, engulfing the strings, Stark alarums, trumpets screaming anguish. Savage discords that thwack down all opposition. Nothing romantic or populist about this music. Maybe Prokofiev needs to be heard in context with Myaskovsky. 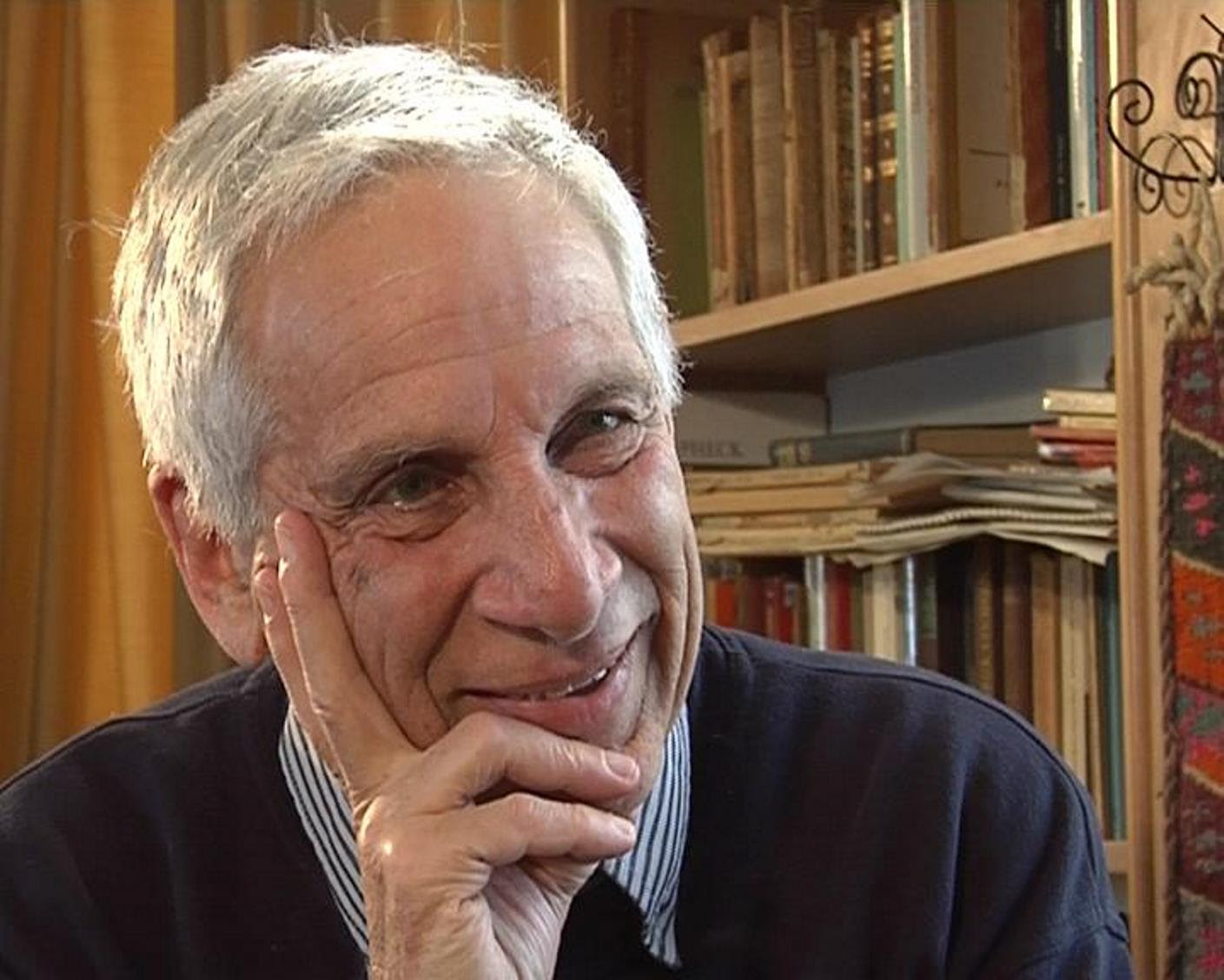 It's Alexander Goehr's 80th birthday this year, honoured by a special BBC commission, When Adam Fell. Numerous composers in the audience, as Goehr is an important figurehead. It's nicely orchestrated. Goehr himself connects it to one of his best known works, The Deluge, using texts by Sergei Eisenstein, evolving like collage in film. Another Prokofiev connection! Knussen, that master of erudite programming must have chuckled. When Adam Fell is lighter and more scintillating, all bright, sparkling sounds, percussion reduced to two desks of marimba and bell-like effects. References, too, to Bach's chorale Durch Adam's Fall ist alles verderbt. (photo Elan Tal)

Goehr studied with Hanns Eisler in East Berlin, who had worked with Schoenberg, as did Goehr's father Walter. Again, Knussen's programming genius came up with Schoenberg's Chamber Symphony no 1, which like Goehr's new work eschews percussion.  Full circle, a subtle tribute. Not the usual version this time, but the revison for large orchestra created in 1935 which fleshes out the same basic structure with extra voices. The BBCSO trumpets and horns had a great time, vivacious! One of the joys of the original is its audacious compression, which gets lost with larger forces, but Knussen made it lively and cheerful. Several big names in the audience drifted off after the Goehr piece, but Goehr himself stayed on to listen. Afterwards, his face was lit up with happiness. A good man! 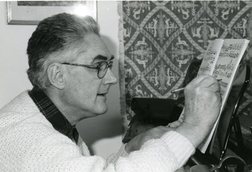 For concision and clarity, though, Niccolò Castiglioni usually surpasses anyone else. Knussen adores him, partly because they have a similar irreverent sense of humour. Castiglioni's music is the perfect antidote to those who think classical music is ponderous and dull, but it isn't performed as often as it should be because it's technically demanding. In another flash of wit, Knussen chose Castiglioni's 1963 Concerto for Orchestra. Again, no timpani. Just as Schoenberg's Kammersymphonie used a small orchestra in big music, Castiglioni uses a  big orchestra for music of aphoristic compression. Most of Castiglioni's music is written for soloists or small ensemble, but Concerto is unusual in that it's written for vast forces.  Just as Goehr's When Adam Fell quotes from his earlier work The Deluge, Castiglioni's Concerto quotes the first bars of his most famous work Tropi. "Full of light and fantasy and crazy gestures", says Knussen "in an accelerator tunnel ...little fragments which start to multiply". Quick flurries of high pitched sounds, interspersed with silences that Knussen carefully beats out with his baton, so you "hear" the pulse of the work continuing uninterrupted.  A very long chord, wavering brass lines, single note interjections from the clarinet, then the whole ensemble storms forward, trumpets blasting like the horn of a train speeding out of control. Silences again, tiny flurries, more clean brass chords, repeated as echoes, and sudden stop. "You know what I'm going to say" said Knussen grinning, because he often reprises works he really loves. Lots more on Castiglioni and Knussen on this site like THIS
LISTEN TO THIS CONCERT on BBC Radio 3 til Friday
at January 15, 2012