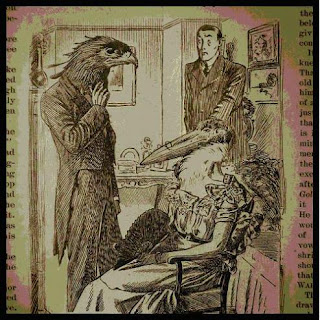 "I used to be a rock." "I used to be a bough." "And my Dad used to be a lion" cry the cast of Handel's Alcina, at the Barbican, London. They're all in modern dress but they're totally convincing. Everyone who comes to Alcina's island is bewitched. When she gets bored with her lovers they get recycled into beasts and objects. As one does. Being an ocean wave might not be a bad thing. Just try staging it.

Mark Minkowski brought Les Musiciens du Louvre-Grenoble and a good cast from fully-staged productions in Vienna and Paris. Given the convoluted plot, cross dressing and shape shifting, I wondered how it would translate to concert staging. No problems  This performance was so vivid that it was easy to enjoy even if you don't speak Italian.

Anja Harteros was unwell, but replaced by Inga Kalna. "She sang this with us before" beamed Minkowski. His reputation for being a good person manager is well deserved. Kalna's voice is lighter than Harteros's but she used it well. Her Alcina is well meaning. She just has this thing about  changing people. When Kalna sings Ah mio cor, she lowers her voice and sings quietly, so you feel how very lonely she must be, growing old (as even sorceresses may) worried about losing Ruggerio though chances are he'll end up a tree in more ways than one. I liked Kalna's showpiece adventures up and down the scale, an elegantly musical form of wailing, perhaps. One remembered then she was supernatural. Vesselina Kasarova was outstanding as Ruggiero. She's a born character singer, unusually expressive physically as well as vocally. She's obviously womanly, but she lowers her range almost to a growl, strutting like the sexy butch warrior  Ruggiero must be. It's hilarious, yet done with subtle wit and style. Later when she sings the Tigress aria, she manages to convey the muscular, tense movements of a wild animal. Her voice is agile too, expressing the tension and readiness to spring one might expect from a tigress protecting her young, poised to spring in case of danger. Impressive, considering she's wearing a cocktail jumpsuit, high stilettos and a wonderful necklace with what looks like a belt buckle.round her neck. Whoever picked this deserves a medal as it connects Ruggiero's predicament with that of the tigress. They're collared. Kasarova looks like Poplavskaya, but more agile and irreverent. One of my friends who has a good track record spotting new talent is much impressed with Kasarova. Now I know why. If she appears anywhere near you, go.

Even younger is Shintaro Nakajima singing Oberto. He has a confident, natural presence that will do him good whatever happens to his voice. He's supposed to be lost, but he's dogged singing substantially large arias on his own. This lad is perfectly capable of defying Alcina when she tries to trap him into killing the lion. "But he's friendly" sings Nakajima in a matter of fact voice, as a child does. In Handel's time, the lion would have been great camp theatre.  Here, the focus is on Nakajima's fearless singing.

Alcina is striking because it's scored so deftly. Relatively little ensemble singing, so individual parts are defined, important when roles might confuse.  Brilliantly, Handel emphasizes the turning point in the opera. At last, the charcaters are thinking on their situation, making a breakthrough from the confusion around them.  Two recorders, or a single cello to match female voices, and a delightful combination of harpsichord and theorbo to extend male voice. I also like the sudden silences when singer and orchestra froze for a moment as if by magic, then the orchestra escalating. What a wonderful orchestra this is, so bright and alive. Les Musiciens du Louvre-Grenoble clearly love Minkowski and interacting on stage with the singers - a real sense of dynamic involvement. 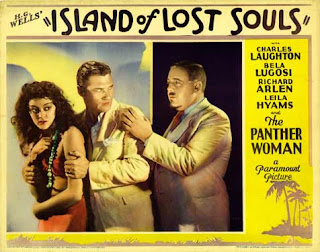 A much more serious and sensible formal review will follow but I want to convey the atmosphere of this delightful evening. There were a few people walking out - contemporary music isn't the only exodus-producing genre.  On the other hand if one looks for fun, one will find it. Afterwards the car park attendant (extremely polite, friendly and efficient) asked me what I'd been to. An opera about an island where people get turned into lions, women dress as men, spells and stratagems. "The Island of Dr Moreau".

He burst out laughing. "I should go, I might like it". And so he should. The Barbican is doing a series of operas around the theme of  Orlando Furioso, which is a fun way to explore the magic, madness and mayhem when this zany bunch of characters are let loose. Why shouldn't baroque be fun?