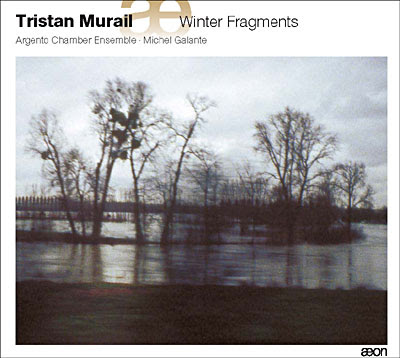 This is why I pay taxes. Each year the BBC sponsors a series at the Barbican in for “total immersion” in a particular composer. It’s intense: whole days of music, talks, extra activities. In fact so intense that this year they’ve divided it into three separate days. Stockhausen Day was described earlier (follow the subject link on the right). Next month it’s Xenakis, and on Feb 7th it was my favourite, Tristan Murail. Anyone who still thinks that Messiaen had no influence (and there are some) is totally deluded.

Gondwana was the land mass formed when the continents we know were once joined together. Very loosely, this describes Murail’s Gondwana (1980) when densely textured blocks of sound gradually evolve. The concept is Messianique, recalling Et exspecto resurrectionem mortuorum, even The Quartet for the End of Time. Murail also references Sibelius’s Leminkäinnen in Tuonela, from the Kalevala saga, grounding the piece in tradition even though the harmonies were derived from frequency modulation (FM).

Time and Again (1985) was commissioned by Simon Rattle, with whom Murail played ondes Martenot on the famous CBSO recording of Turangalíla. Themes from Turangalíla pop up joyously, but the real tribute is in the way Murail unites Messiaen’s wayward exuberance with electronic techniques made possible by Murail’s use of FM and synthesized sound. If Turangalíla bothers some with its “cinematic” wildness, Murail makes it a virtue. Time and Again moves back and forth, as Murail says “replete with flashback, premonitions, loops…as if the listener were inside some sort of time machine”.

Murail’s “greatest hits”, Winter Fragments (2000) and Treize couleurs du soleil couchant (1978), were played by students of the Guildhall School of Music in the afternoon, joined by Rolf Hind in Territoires de l’oubli (1977), a thundering turbulence for piano. Plus the Hugues Dufourt Hommage á Charles Négre which is described below. But there’s only so much I can write at one go. So “watch this space”, as they say.