Harrison Birtwistle's secret opera, King Lear ?  Dementia is not madness but the last flaring up of a brave soul, raging that the world is closing in on him: a final explosion of creative defiance against the cruelty of fate.  All the elements of Birtwistle's style - cryptic clues embedded in complex mazes,  geological blocks of sound built layer upon layer, sudden flashes of quirky illumination.  Birtwistle and Lear were meant to be. Plus, a perfect role for John Tomlinson. While everything around him disintegrates, this Lear will hold himself together, searching for patterns against all odds.  Lear's madness is a rage against the storm and gathering night.

In typical Birtwistle fashion, an anti-overture that functions as a finale in reverse. A densely detailed, long introduction that creates Lear in his prime as a forceful personality for whom creativity was the very stuff of life. Themes and sub-themes suggest Lear's  inventive mind and passion for experience, so intense that the layers jostle for attention. An overwhelming challenge. But so is life.  Great theatre: knocking the audience off their seats right from the start. Gradually as the opera proceeds, themes fall away until what's left is a basic line, repeated fitfully, refusing to end.  People with dementia do rituals because repeated routines provide a structure to hold onto.  One old man told me why he liked touching the walls of his room. "So I can remember the shape of space". Utterly logical and a very Birtwistle concept.

Lear's lines are short. Words suddenly shoot out in a torrent, sometimes in mechanical  patterns. Towards the end, words themselves disintegrate into fragments, a boon for a singer conserving his resources.  If the singer barks and growls, so be it ! He's earned the right of respite.  As the orchestra sang the full story at the beginning of this opera, it will sing for Lear when his own voice becomes dim. Other parts appear fleetingly,but they aren't central, often submerged within a chorus whose form and composition varies.  Sometimes the chorus explodes in mad chatter while Lear listens. Sometimes the  voices fade sotto voce, hiding secrets. Every now and then, flurries of lyrical sound, representing a world beyond that is now elusive, but was so good that it was worth living in.  Little trios, like the daughters when they were young.

Birtwistle's King Lear is a masterpiece, fierce, difficult to play and conduct, but relatively easy to stage.  But why didn't London notice?  Too distracted by Jonas Kaufmann at the Barbican?  Tonight I had a surreal dream and woke, wondering who the librettist might be. Not Harsent, maybe Martin  Crimp.  Then I realized that the whole opera had been a dream, so intensely vivid and detailed that I'd remebered it in full from the night before, and was revisiting the night after.  Another level of non-reality, framing the "real" opera.

"Blow, winds, and crack your cheeks! rage! blow!
You cataracts and hurricanoes, spout
Till you have drench'd our steeples, drown'd the cocks!
You sulphurous and thought-executing fires,
Vaunt-couriers to oak-cleaving thunderbolts,
Singe my white head!"
. 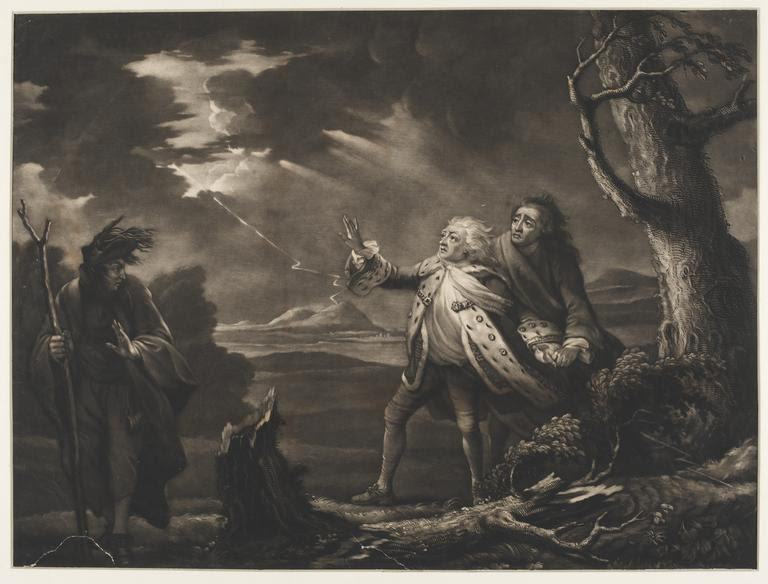