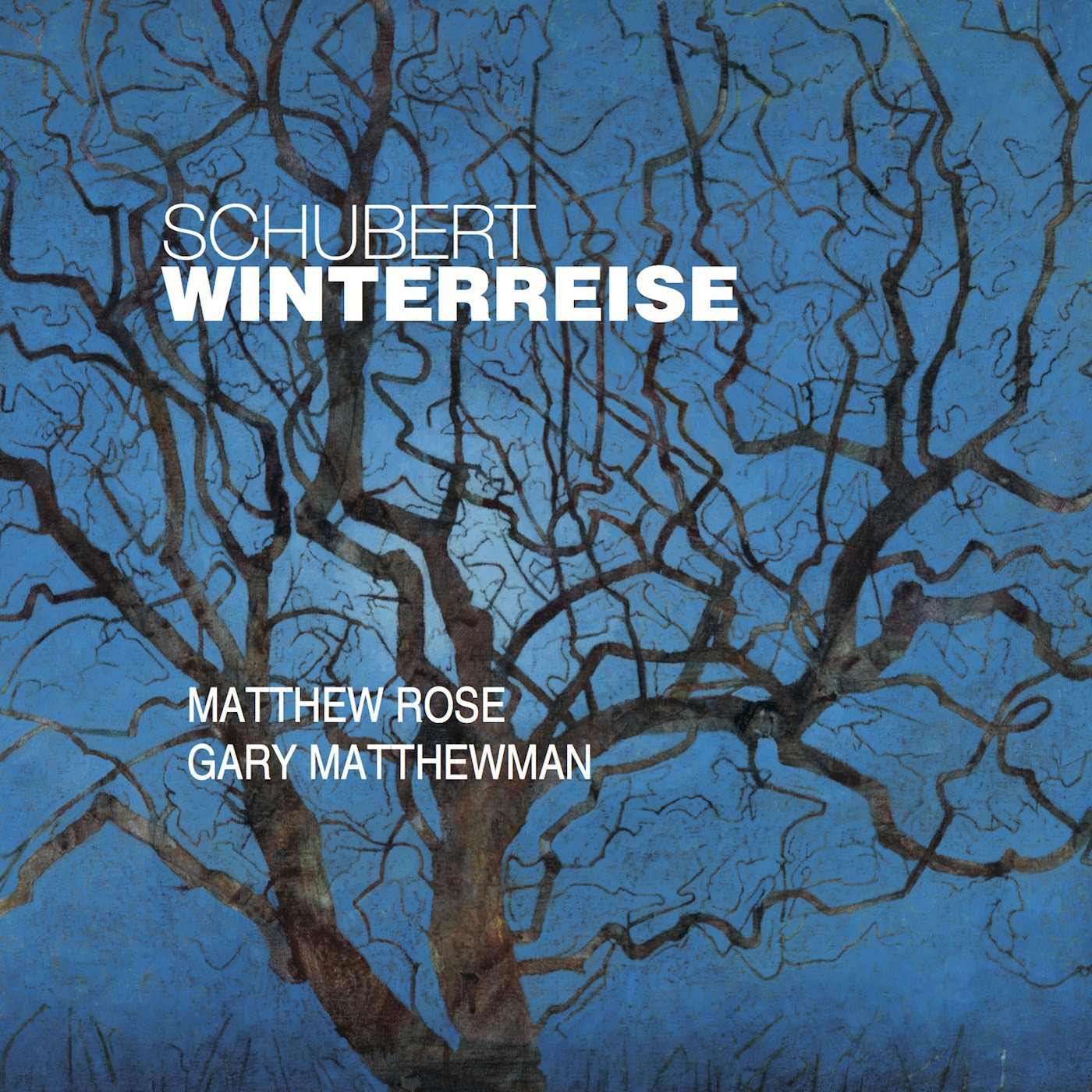 Matthew Rose and Gary Matthewman Winterreise: a Parallel Journey at the Wigmore Hall, a recital with extras.  Schubert's winter journey reflects the poetry of Wilhelm Müller, where images act as signposts mapping the  protagonist's  psychological journey.  Pathetic fallacy, through art, articulates complex emotions.  Often there is more truth in poetry than in straightforward prose.  Each image stimulates a response from the protagonist: visuals are so integral to this cycle that it's perfectly reasonable that Winterreise has inspired so many different presentations.  As we listen, we reaffirm  the connection between Nature and art.

Matthew Rose's recording of Schubert Winterreise for Stone Records in 2012 is greatly admired. The authority in Rose's bass added savage grandeur, evoking the idea of a grand soul, brought down by fate.  His Schwanengesang, also from Stone Records, is also rewarding. Live performance is subject to so many factors. A singer's instrument is his body, subject to the vicissitudes of life.  So no single performance is be-all and end-all.  Even though there were technical problems in the delivery, Rose is never boring. He's a born communicator, and those who know his voice and work hear things in context.  Gary Matthewman gave Rose sensitive support. Winterreise is so well known that iy can be a pleasure to follow the pianist. Very accomplished playing, with many good moments. Matthewman's pedalling let the piano sing. At the end of "Der Leiermann", the reverberations of the piano lingered, haunting, in the silence. A wonderful image, so true to meaning.

Because Winterreise lends itself so well to imagery, there have been numerous  performances where visuals have added to impact.  Some have been works of art in themselves, enhancing understanding and opening out new perspectives.  For example, Ian Bostridge's Dark Mirror, a staging of Hans Zender's homage to Schubert at the Barbican, London, with Netia Jones's video projections drawing out disturbing depths. Please read my review here.   And Matthias Goerne's Winterreise with pianist Markus Hinterhäuser at the Aix en Provence Festival with a background of projected images designed by Sabine Theunissen, directed by William Kentridge (Please read my review here).  This included an image of the notorious "Hanging Tree" of the Thirty Years War, connecting the trauma of German history to the birth of the Romantic revolution.  Schubert's Winterreise is so profound that it's pointless to decry interpretation. What matters is the nature of presentation.

This performance was illustrated by Victoria Crowe's paintings of winter, created over a 40-year period.  Some of these, like the picture of a huge oak tree, bereft of leaves, against a blue background, were immediately familiar since they were used in the booklet for Rose and Matthewman's Winterreise recording for Stone Records. While some of the illustrations used were inspired by Winterreise, others had different origins,which perhaps explains why some connected to the songs better than others did.  Crowe's work can be eerily beautiful, like the flowers springing from the ground, drafted with great skill. The crows in the painting used for "Die Krähe" hung awkwardly, a fault of the mechanical means of projection, rather than the quality of the image itself.  Whatever technology was used, it wasn't particularly effective, doing no justice either to the music or to Crowe's art.  Although Winterreise is so well known, many in the audience were immersed in the printed text, rather than paying attention. This performance deserved more attention.