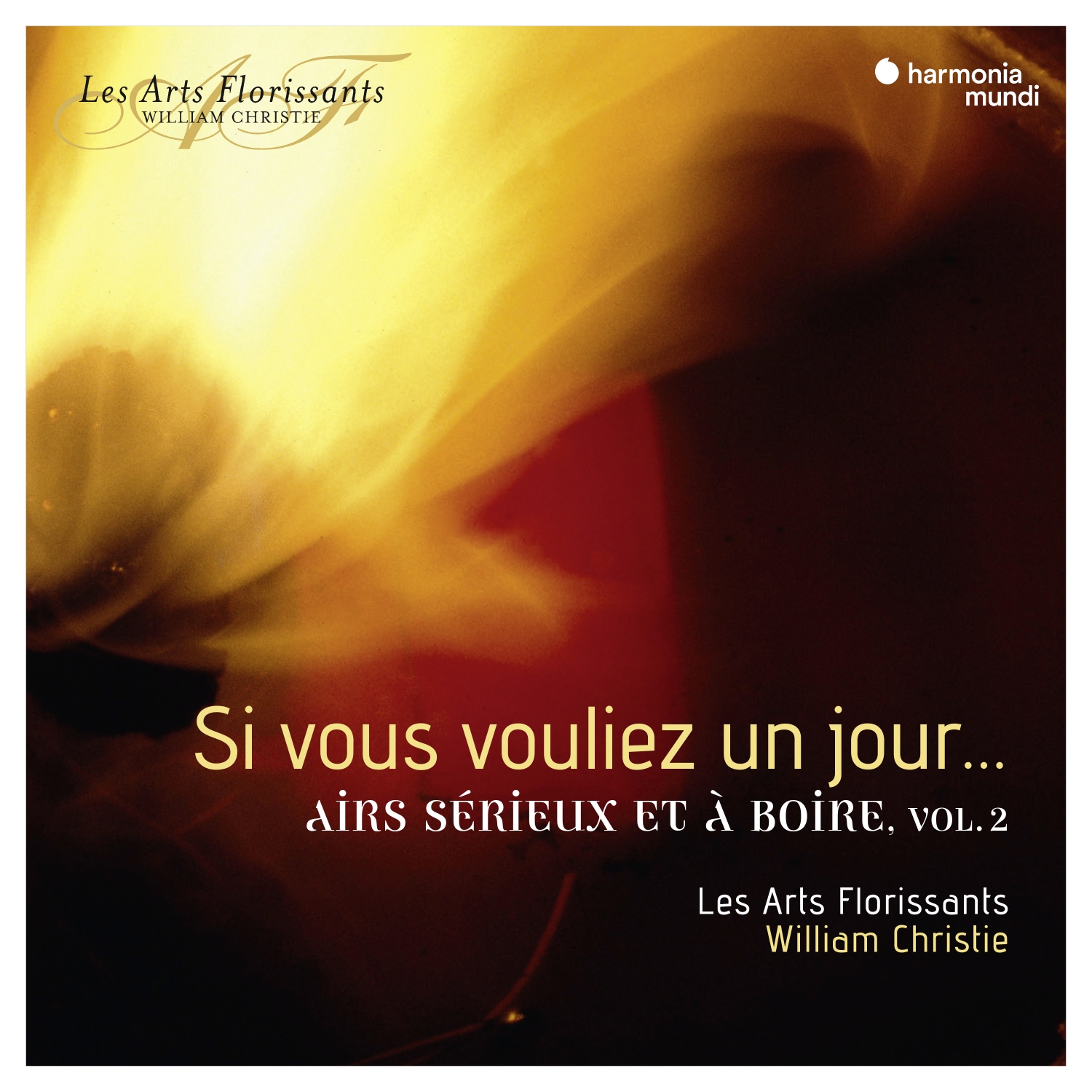 "Si vous vouliez un jour..." Volume II of the series Airs Sérieux et à boire, with Sir William Christie and Les Arts Florissants, from Harmonia Mundi, following on from  the highly acclaimed "Bien que l'amour"  Volume I. Recorded live at the Philharmonie de Paris in April 2016, this new release is as vivacious and enchanting as the first. Christie and Les Arts Florissants are already working on Vol III, and will be giving a recital at the Wigmore Hall in London on 29th January.  "Si vous vouliez un jour..." brings together airs de cour by Marc-Antoine Charpentier,  Étienne Moulinié, Michel Lambert and Sébastien Le Camus, "Having displaced the polyphony of the Renaissance chanson in the musical landscape of the day, the air de cour, with its clear melodic lines, simple form, and expressive possibilities, soon became an indispensable component of aristocratic entertainment and served as a musical platform for much of the poetry of the day, which ranged from courtly songs (air galant) covering the gamut of amorous states, to air de ballet (often framed as formal expressions of praise), by way of drinking songs (air à boire), devotional songs (air spirituel), and so on." writes Thomas Leconte in his programme notes.  The air de cour thus contributed to the rise of a sophisticated socio-literary culture which prized the musical equivalent of the art of conversation (bien dire), seen at its apogée during the reign of Louis XIII. With its vivid expressiveness, the genre was an important link in the chain of events leading up to the creation of French-language opera,. "The first attempts at setting French plays integrally to music" he continues,"– be they of courtly or pastoral inspiration, such as Les Amours d’Apollon et Daphné by Charles Dassoucy (1650), Le Triomphe de l’Amour by Marin de La Guerre (1654), and La Pastorale d’Issy by Pierre Perrin (1659) – consisted chiefly of juxtaposing several airs, loosely connected together by what would, in the skillful hands of Lully, become the recitative".

This collection begins with the Petite pastorale H. 479 by Charpentier from around 1676, which is partly created by assembling pre-existing musical fragments, notably those taken from the prologue to Molière's Le Malade imaginaire (1673), interspersed with airs sérieux, and extended by instrumental ritornellos.  In this Petite pastorale, Alcidon and Lysander, (Reinaud Van Mechelen and Cyril Auvity) joust by exquisite singing, accompanied by harpsichord (William Christie). Hardly the weapons of "real" shepherds !  Pan (Lisandro Abadie) - the god of merriment -  unites them and they sing in unison "Laissez, laissez là sa gloire ! Ne songez qu’à ses plaisirs !"  Also included in this collection are all five scenes from his pastoraletta Amor vince ogni cosa, H. 492 for five voices which shows the impact of Italian cantata.