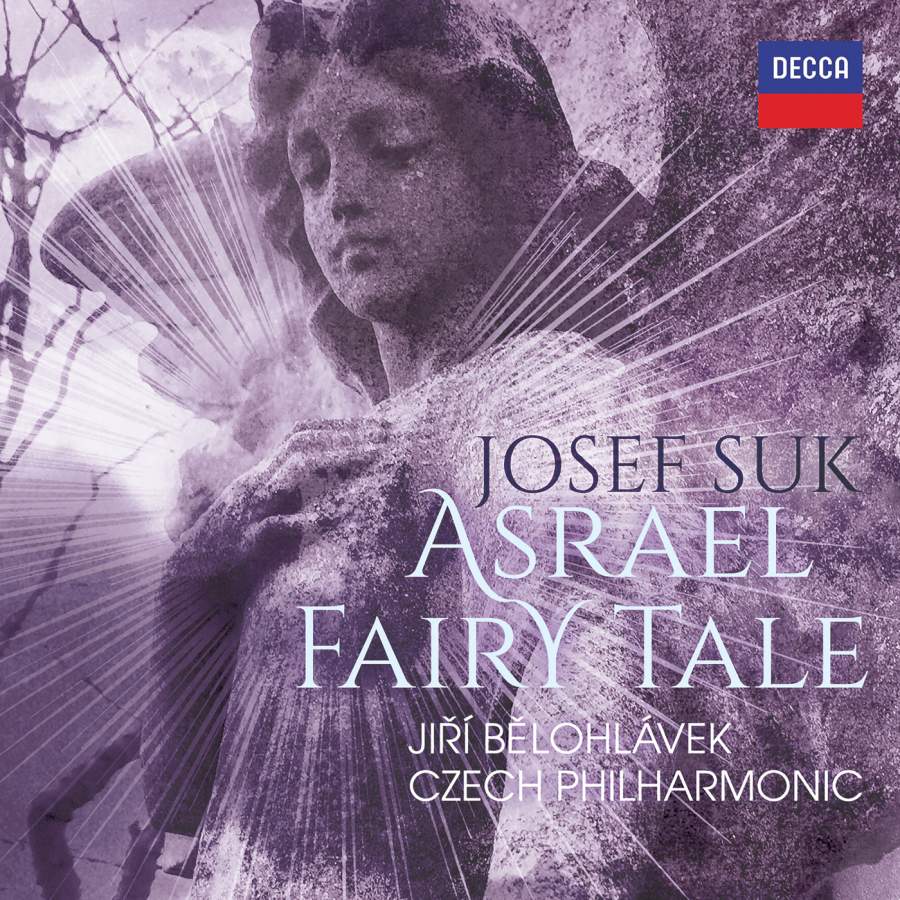 The Czech Philharmonic Orchestra's tribute to Jiří Bělohlávek continues with Josef Suk's Asrael. a symphony for large orchestra in C minor, Op. 27 (1905-6) and Pohádka, Op. 16 (Fairy Tale). Bělohlávek conducted the Asrael symphony many times and recorded it at least twice,with the Czech Philharmonic in 1992 and with the BBC Symphony Orchestra at the Prague Spring Festival in 2008. This latest release was recorded at the Rudolfinium, Prague, in October 2014.  This Pohádka comes from a performance in October 2015. These give us Bělohlávek's most recent, and probably most mature takes on the music of Josef Suk, overshadowed to some extent in the west by Antonin Dvořàk and later by Leoš Janáček. As Bělohlávek demonstrates, Suk's music is distinctive and original, with great character.  Hopefully, the Czech Philharmonic will have in its archives tapes of Suk's Zrání, (The Ripening) op 34 (which Bělohlávek recorded with the BBC SO) since it is a companion piece to Asrael.

Antonin Dvořàk, Suk's father-in-law and mentor, died in May 1904  after which Suk began writing the symphony. In July 1905, Suk's wife, Ottilie, died, aged only 27,  shortly after the birth of their son. Asrael was a way in which Suk sought to exorcise the shock of losing the two people dearest to him by challenging trauma through music. "Such a misfortune either destroys a man or brings to the surface all the powers dormant in him", he wrote, "Music saved me."

The symphony is built on two huge sections like the pillars of a monument.  This architecture is paramount. The first two movements, both andantes, represent Dvořàk, while the last two movements, both adagios, represent Ottilie.  A vivace forms a bridge between the first "pillar"  and the second.  Bělohlávek's definition of this structure intensifies impact, enhancing the emotional depth of the piece.  The first andante, begins mutely, as if the orchestra were numbed by grief.  Muffled timpani give way to strings, lines initially jagged but gradually absorbed by expansive developments involving full orchestra, which blaze into passionate crescendo before the poignant diminuendo.  The second andante, more austere and restrained, is shaped with deliberate purpoise. Individual isntruments - winds, trumpets, celli, bassoons, basses - lament against a chorus of strings. Every voice counts, as if the orchestra were singing a Requiem.  In the vivace, Bělohlávek's tempi are swft, emphasizing vitality, so the chill that sets in midway marks a turning point.  The vivace itself mirrors the two "pillars", the first part remembering past happiness, the second a reminder that loss cannot be reversed. When the pace picks up,  it is propelled by urgent momentum before it is cut off abruptly.

The second "pillar", written after the death of Ottilie, balances the first "pillar".  While the andantes that went before were solemn, the adagios that follow are gentler, reflecting the different personalities of Ottilie and her father.  Again, Bělohlávek emphasizes the symmetry in the structure. The first adagio, like the second andante, is restrained, mournful winds calling over a backdrop of low-timbred strings.   The solo violin melody may represent Suk himself, who was an accomplished violinist, as his grandson, the second Josef Suk, would become. It is answered by celli, possibly sugggesting a dialogue between Suk and his departed wife. Gradually the orchestra falls quiet, celli and violin singing together in intimate harmony. The second adagio, marked maestoso, reflects the andante sostenuto with which the symphony began.  Again, Bělohlávek captures the forward momentum beneath the turbulence.  After a brief respite, when the celli and violins interact one last time, the pace resumes with even greater force. Woodwinds pull the movement forward, answered by harps.  Only now do the big brass return, softened by winds, celli and horns. A melody on alto flute is answered by bass flute : warm, bright sounds rising heavenwards as the symphony reaches its conclusion. The mood is elegaic, comforting rather than strident.  In the Bible, Asrael is the Angel of Death, but that's not solely negative, the implication being  that the dead are beyond suffering, "happy with God".

Suk's Pohádka, (Fairy Tale), op. 16 (1899-1900, rev 1912) is a suite based on incidental music Suk wrote for a play about mythological lovers, Radúz and Mahulena. The first movement depicts an idyllic setting : an extended violin melody suggests pastoral bliss. The two inner movements contrast. In the first intermezzo, the lovers play with peacocks and swans, but in the second,the strings inject a note of foreboding, extended by low-timbred brass and winds, suggesting a funeral march.  Luckily,  love breaks the curse and the lovers are restored. The score harks back to Smetana and folkloric tradition, with a glaze of romantic colou. A lovely part for the violin leader.
at June 13, 2019