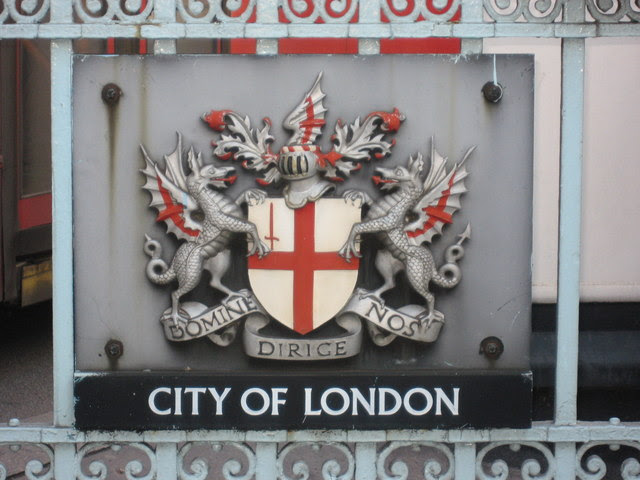 The City of London Festival starts in June but book now because most of it will sell out fast. This is the biggest and best CoLF in ages - more events, more venues and an extremely well planned programme that brings together many different aspects of London's cultural and historical heritage. It's so good that it's worth edging aside some of the more popular arts calender. It's also not at all "tourist" London although it takes in important sites. It's a great way to really get to kmow parts of London not normally open to the public.

The Festival starts, appropriately, in St Paul's Cathedral on 23/6 with two free concerts. These will be spectacular. Ralph Vaughan Williams The song of the Tree of Life needs a huge performance space like a cathedral, and this one comes with one of the finest cathedral choirs in the country. It will be paired with Jean Langlais' Messe solonnelle, with one of the country's finest organs. Andrew Carwood conducts.

St Paul's Cathedral will also host a major concert on 25/6 with the City of Birmingham Symphony Orchestra, who don't come that often to London. Edward Gardner, of the ENO is Principal Guest Conductor of the CBSO, so it will make a change for Londoners  to hear him conduct an orchestra that specializes in non-operatic music. The CBSO will be joined by the Choir of St Paul's Cathedral and Toby Spence, Russell Braun and Albina Shagimuratova. There will be many Britten War Requiems this year and next, but this could prove to be one of the better ones..

Two concerts on 27th, both with interesting programmes. The BBC Singers are singing Kodaly, Ireland, and an extract from Clément Jannequin La Bataille de Marignan - La guerre at St Giles Cripplegate. Leg it over to Mansion House .if you can for Huw Watkins and Nicholas Daniel and the Britten Sinfonia. They're doing Stravinsky's The Birth of Apollo and Britten's Young Apollo.

At Aldeburgh, Britten's Church Parables (Curlew River, The Prodigal Son and The Burning Fiery Furnace) have sold out ages ago because Orford Church, for which they were written, is so small. But don't miss out because the City of London Festival is bringing the exact same production to  Southwark Cathedral from 3rd July. The Church Parables really need to be experienced in the right reverential atmosphere, so don't miss the opportunity to see this important production and excellent cast (including James Gilchrist). I'm planning to go to both Orford and Southwark. (Read more about this production here.)

The City of London Festival has good relations with Dutch musicians, reflecting the maritime traditions of both countries. On 4th July, Toonkunstkoor Utrecht will combine with the English Chamber Orchestra, under conductor Jos Vermunt for Handel, Te Deum  and Jubilate for the Peace of Utrecht. They will also be doing  The Idea of Peace, a new work by Adrian Williams, a British composer whose music has featured regularly in the Netherlands and has also been performeed by ensembles like I Fagiolini, The BBC Singers and Gillian Keith (who will be a soloist). In the Draper's Hall on 24th, a specially commissioned song cycle that links the eight ‘walled’ cities of Derry, London, Utrecht, Berlin, Vienna, Dubrovnik, Nicosia and Jerusalem, each section written by a composer from each city. Lore Lixenberg sings with the Brodsky Quartet.

By now it should be clear that war is one of the many themes in this year's CoLF. Apart from the keynote Britten War Requiem, Jannequin, and the Handel Utrecht pieces, we'll be able to hear Messiaen (a friend of Langlais) Quartet for the End of Time and other new commissions, attend a two-day conference Worlds in Collision Conference – Music and the Trauma of War which will conclude with a concert of settings of Gurney and Butterworth with the Royal Artillery Band. Read more here about the conference which looks a cut above average. Although this is a busy period for me, and it's very expensive,  I am hoping to make time for this because it's so interesting.  To quote "This two-day conference brings together musicians, music therapists, arts practitioners, psychiatrists, neuroscientists, historians and soldiers to address important questions. What is the relationship between art and war? What have been the responses of artists to post-traumatic stress disorder? Is human creativity itself therapeutic?"

And then, there are trees. Although the City of London seems completely urbanized, there are pockets of ancient greenery, like trees in graveyards that date back hundreds of years. Even today there are seven sites which are part of the ancient woodland which once covered the city we know now. Throughout the CoLF, there'll be an exhibition about "The Forest of London", There will also be talks and something called The Lord Mayor's Tree Party, an evening of arts, crafts, refreshments and songs about trees. You could also enjoy "An evening of culinary creativity and musical magic on the theme of birds, bees, flowers and trees" in what was once the Ballroom of the historic Great Eastern Hotel in Liverpool Street. Look at the photos: the place is gorgeous.

Email ThisBlogThis!Share to TwitterShare to FacebookShare to Pinterest
Labels: City of London Festival