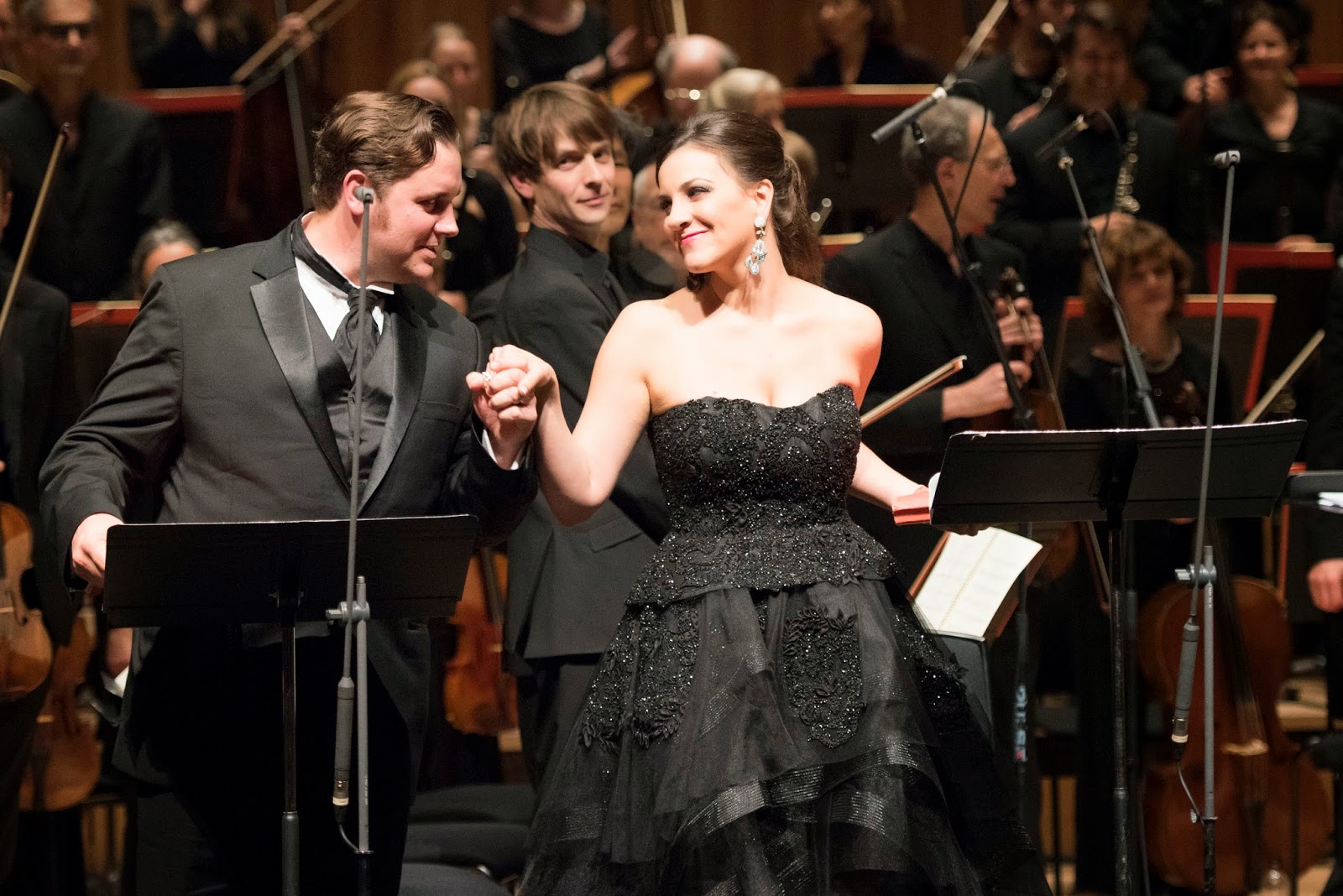 Eagerly anticipated, Opera Rara's Donizetti Les Martyrs delivered magnificently, confirming yet again Opera Rara's reputation for pioneering lesser known treasures in the repertoire. Although Les Martyrs is not unknown (there are several recordings), Opera Rara presented a new critical edition by Dr Flora Willson of King’s College, Cambridge, which restores the opera’s original French text (Eugène Scribe)  and reinstates numerous musical passages that have not been heard since its premiere in 1840.  Les Martyrs, revealed in all its glory, is a brilliantly dramatic work, combining the delights of Italian bel canto with the exhilarating audacity of French grand style. This performance, conducted by Opera Rara's music director, Sir Mark Elder, was  so good that it whetted the appetite for a fully staged production, ideally in a house large enough to give the  spectacular treatment it merits.

In 2015, Glyndebourne Festival's gala opening night present Donizetti's Poliuto, written for the Teatro San Carlo in Naples in 1838 but which was promptly banned by the King of Sicily, who objected to the depiction in popular theatres of a subject from Christian history. French audiences could cope with religious subjects being treated as opera. The libretto in both operas was based on a play by Corneille, written two hundred years previously. Donizetti, aware that Paris was the sophisticated centre of the opera world in his time, promptly revised Poliuto and created Les Martyrs. incorporating most of the original but adding elaborate divertissements for ballet, extending the overture, and creating grand choruses and  flamboyant new solos for the tenor and soprano.

Even by their usual very high standards, The Orchestra of the Age of Enlightenment were in wonderful form. In the Overture, Donizetti defines the main themes which run through the opera, martial "Roman" motifs contrasting with gentler passages which later connect to love and Christianity.The Romans, like the Devil, get the most striking tunes.  Elder and the OAE magnified the dramatic impact of the score by placing horns in a box, and trumpeters arrayed above the rest of the orchestra, which played with ferocious dynamism. Period performance isn't meek.

In Act One, the Christians are cowed, operating in secret, dissidents against an overwhelming regime. When the Governor Félix announces an all-out purge, Brindley Sherratt sang with such profound authority that his voice echoed throughout the Royal Festival Hall. It was as though the might of the whole Roman Empire was behind him. A terrifying star turn, guaranteed to stun listeners into submission. Later, Sherratt showed Félix's gentler, more human side, but the impact of this first passage lingered on. Towatrds the end of the opera, the Romans mass in all their pomp and glory. "Dieu de tonnere.......Maître du monde". sang the choruses, with forcefulness that belied the small number of singers. Thirty years before Verdi, Donnizetti is writing choruses that wouldn't be out of place in Aida.

But as we know, the Christians win. Michael Spyres sang Polyeucte,  the leader who becomes an outcast, choosing faith over the material values of society. Utterly relevant, nearly two millennia later. Spyres was a hero himself. Quite possibly, he was somewhat under the weather, as his voice didn't ring with the bell-like ping the part needs ideally, but he paced himself well, and made the notes that mattered. The killer aria, "J'irai" is, thankfully, near the end, and he hit the sudden leap up the scale with such fervour that it felt he'd been injected with a burst of energy from some superhuman power. Absolutely correct in context, as Polyeucte at this point has resolved to defy the world and die for his god.  One thing that can be said in favour of concert performances is that singers can risk their voices for a single, wonderful moment without having to worry about the rest of the run.

Joyce El-Khoury sang Pauline, Polyeucte's wife. Her part is blessed with some very beautiful moments, some decorated by superb writing for the two harps, passages which had the ethereal quality of light: divine light, perhaps, because Pauline has to choose against her father, her faith and her place in Roman society. El-Koury (who impressed in Opera Rara's Donizetti Belisaro) negotiated the elaborate trills and passagework that create Pauline's feminine sensibility. Pauline's a very strong personality, though (think about her Dad) so one might, ideally, want more characterization; bel canto is, after all, good singing.

Sévère, Pauline's former beloved, was sung by David Kempster. Sévère is a Roman hard man and hero, but his love for Pauline is so great that he wants to save her. Kempster moderated the force in his singing, creating convincing compassion. Clive Bayley sang Callisthènes and Wynne Evans Néarque, who, at the end, sang beside the chorus, as if among the angels, flanked by the OAE trumpeters.  Les Martyrs is written with elegant symmetry. The solo parts, duets and ensemble are neatly patterned, as if the singers were dancing with their voices.