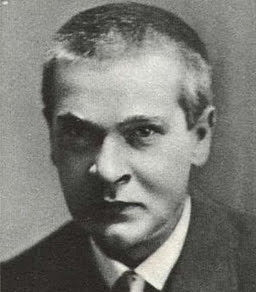 Georg Trakl died 100 years ago this week. Look into his feral eyes - he's posing neatly for a formal portrait but those are the eyes of a Wild Child. Trakl was born in Salzburg, like Mozart, and was drinking excessively and doing drugs by the age of 13. He trained as a pharmacist, a dangerous choice in a time when opiates were freely available for medical use, and pharmacists mixed their own organic barbiturates. But he was a famous poet, whose brilliant works  are  well known in German-speaking countries.  His poems have been set by Anton Webern, Paul Hindemith, Wilhelm Killmayer, Wolfgang Rihm and even Oliver Knussen.

On Tuesday November 11th there ;s a special recital at the Auistrian Cultural Forum in London – Georg Trakl: Spiegelspiel, A dramatic song cycle by Austrian composer Louis Mander, who will be conducting an interesting piano quartet and three singers.  The texts will be English, from a recent translation of Trakl's poems. Read more HERE. 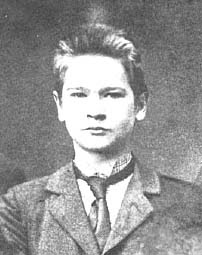 When the 1914-18 war broke out, Trakl, who worked for the Austrian army medical corps, was sent to the Eastern Front (more gruesome than the Western Front); After the battle of Grodek in what is now the Ukraine, Trakl had to treat nearly a hundred wounded and dying men with little back-up. He was overwhelmed.  He wrote to Ludwig Wittgenstein, his friend, but by the time Wiitgenstein arrived, Trakl had overdosed on cocaine.

Below, Trakl's poem Grodek The translation is a new one which I worked out spontaneously last night. A good exercise. Trakl's poetry is idiosyncratic. Seemingly simple images convey opaque meaning. His cadences break off rather like the cadences in some esoteric music, heard from afar. Grammar Nazis will not get this guy. He's best read in German because the sounds of the words make a difference. Like Hölderlin, it feels like Trakl is transcribing "music from another planet".

"In the evening, through autumnal woodlands, come the sounds of death-bringing gunfire, resonating over golden fields and blue lakes, above which the sun sheds a gloomy glow. Night falls around dying soldiers, whose wild screams break forth from shattered mouths. Quietly over the reed beds, blood-red clouds where a Savage God lives, spilled blood flows in the moonlit coldness."

"All roads end in black decay. Under the golden canopy of stars and branches, shadow sisters (valkyrie) stumble through silent groves to greet the ghosts of heroes with bloodied heads, with the soft tones of  reed-pipes and the dark flutes .of autumn.  O proud suffering!  The searing flames of the spirits today will feed a conflagration to curse generations as yet unborn"

Email ThisBlogThis!Share to TwitterShare to FacebookShare to Pinterest
Labels: 1914-1918, poetry

Thank you. A consideration of poets like Trakl is important if we in the UK are not to drown in a sea of red poppies and insular nationalistic bombast. See also a recent article in the New Statesman: