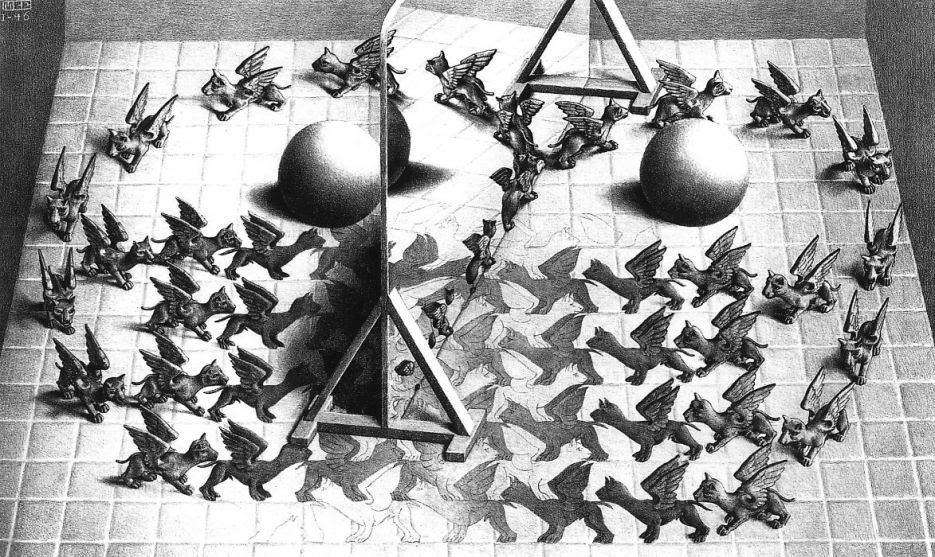 Freezing fog on the Thames : suitably atmospheric weather for Hans Abrahamsen's Schnee with the London Sinfonietta at St John's Smith Square, where Abrahamsen's Schnee was heard together witrh Simon Holt's Fool is Hurt and Morgan Hayes' The Kiss.  The London Sinfonietta premiered Schnee as a two-part invention back in 2007, so this concert was a timely reminder that  musicianship is making music. Education programmes tick funding boxes, but, ultimately, excellence in itself "is" education.

Abrahamsen's Schnee is a tightly constructed perpetual motion machine, where ideas interact and regenerate in ever-transforming variations.  An MC Escher puzzle come alive and moving, propelled by its own inventive momentum.  The first famous chords beat quietly, like a metronome, giving shape to the idea of time. This steady beat runs throughout, ever-changing and sometimes subsumed in the flow, but provides a steady pulse. Abramhamsen's use of canon form intensifies the idea of recurring, reiterative  patterns. Imagine Mandelbrot diagrams coming to vivid life!  Schnee operates on several levels. Its intricate mechanisms are like puzzles operating in parallel. A friend remarked that Schnee felt like watching snow fall. But observe ; snow is water,  Nature's own recycling, uniting the oceans and sky.  Each snowflake is unique, and snowfall myriad individual particles operating together. Hence the title "Schnee"is no accident.

Schnee operates as ten canons in five groups, with three intermezzi at non-regular intervals : the first coming between Canons 2a and 2b. Recurring patterns are taken up by different combinations of instruments, and sometimes all together in free flow. I enjoyed the intimacy of this performance, conducted by Geoffrey Paterson. It was good, too, to hear pianist John Constable, one of the founders of the ensemble, which for me added another level to the ideas of time and space in perpetual motion.  Abrahamsen shot to overnight fame with Let Me Tell You (more here) on the basis of Barbara Hannigan's celebrity status, but quite frankly that piece is not at all typical of Abrahamsen's work. It's disturbing that some fans of LMTY don't actually listen to music.  A bit like assuming Valse Triste "is" Sibelius.  But Schnee will endure because it's infinitely better music, and much more distinctive. 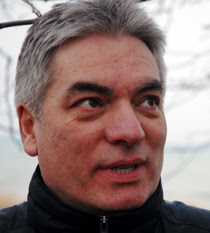 Although Schnee was the big draw, many of us loyal London Sinfonietta fans came for Simon Holt's new work Fool is Hurt (2015). Holt is one of the most original and distinctive British composers. Although the concert didn't follow the order on the printed programme, it was obvious from the very first chords of Fool is Hurt that this was Simon Holt and could not be anyone else. The title comes from a chance remark in a Fellini film, but it's a reference to the Holy Fool, a meme which pops up throughout European culture: an innocent who finds his own way or doesn't but stands for unsullied integrity. In that sense, Fool is Hurt is vintage Holt, a descendant of Who put Bella in the Wych Elm?  Witness to a Snow Miracle and Centauromachy.  Although the Fool in a tarot deck plays a flute, I've often "heard" it as a piccolo, more vulnerable and simple, as the Fool symbolizes. The piccolo is small but its plaintive way, it's surprisingly strong. Michael Cox's piccolo soared heights way above the dark murmurings of the rest of the ensemble, the clarinets moaning malevolence.  They'll never "get" what the piccolo, and the Fool, mean.

Incidentally,when the London Sinfonietta premiered Abrahamsen's original Schnee in 2007, they paired that with Simon Holt's Sueños, a song cycle with the ominous portent of a black and white Buñuel film, where elusive melodies for flute and viola floated above earthy orchestration featuring accordion and guitar.  Fool is Hurt is a much more sophisticated piece, even quite elegant in its own individualistic way.  It appealed a lot to me because it feels very personal: really good composers, like Holt and Abrahamsen, don't need bluster to prove a point.

More patterns of time and form: the programme began with a memorial to the late Paul Parkinson, who did much for new music in his work with the British Council.  His Movements from Wind Quintet (1978) were very much of their time, and music is a continuum.  Morgan Hayes Overture :The Kiss (2016) is part of a series of short pieces totalling altogether 20 minutes  Hayes writes that the "kiss" here is "an extended instrumental technique  which occurs in the chaconne-like section ", clarinet and viola leading sections that correlate.

Please see my other pieces on Hans Abrahamsen, Simon Holt and the London Sinfonietta by using the labels at right and below.  For Abrahamsen's Left, Alone (with the CBSO) see HERE.
at December 08, 2016