Tracking down Blossoms in the Heart 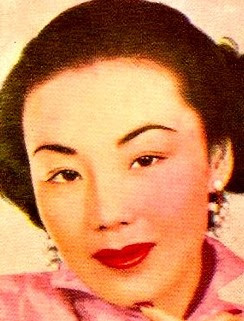 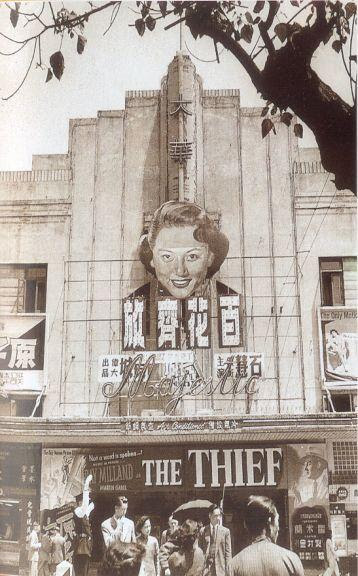 Detective skills :  A photo of the Majestic Theatre, Nathan Road, in Hong Kong, which opened in 1928.  hence the art deco lines in the architecture, very typical of China in that period.  Quite classy! It showed first-run Chinese and western movies. Later when TV competed with movies and Chinese film became even more kung fu than before, the cinema became run down. Eventually it was demolished. Nowadays a flash new Novotel stands on the site, and the area is upmarket yet again.  The movie being shown  is 百花齊放 Blossoms in the Heart which dates the photo to July 1952. I tracked down Blossoms in the Heart, which was made by a small independent Mandarin-language company, Great Wall.  The star was a glamorous singer: Tong Chan  She later starred in the big budget Air Hostess with Grace Chang (Ge Lan) for MPGI studio. Lots on Grace Chang on this site including the timeless Wild Wild Rose (loosely based on Carmen and La Traviata but with social conscience). Please read more here. I can't track down the whole movie, but did find a clip,with its famous song. Below, the programme notes in English and Chinese. 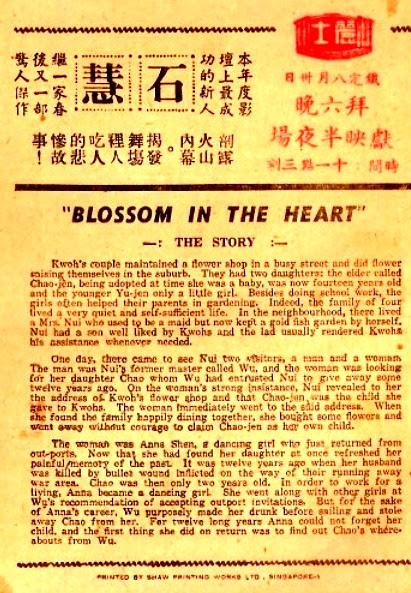