The Nash Ensemble are a treasure, one of the finest chamber ensembles in this country. Their flexibility allows them to explore repertoire in many forms. With their unusually sensitive, intelligent choice of programmes, they revitalize the way we hear things.  Perhaps the Irish connections in this Wigmore Hall recital inspired the strange mysticism  that made this programme so very special.

Sir Arnold Bax identified passionately with a magical vision of Ireland. The opening chords of the oboe in Bax's Oboe Quintet (1922)  suggest a more primeval version of the Shepherd's flute in Tristan und Isolde. Is Bax referring to the irisch Kind, and to Isolde's tragic past? Gareth Hulse played with assertive, though melancholy grace. This is an inherently dramatic piece,the oboe operating as a voice, calling out into the distance, answering itself with sensual reverie, the high passages tearing at one's emotions.  The plaintive central movement, the lento progressivo, might suggest half-remembered folk music, but it's too sophisticated to be a mere quote.The Nash Ensemble, who make this piece something of a speciality, created the jig finale with wild, jaz- like energy. Bax knew Ireland too well to over-sentimentalize, particularly in the wake of the Easter Rising.  His archaic Irish dream lives in the period in which it was written.

In contrast, Elgar's early encores for violin, Salut d'amour (1889), Chanson de matin and Chanson de nuit sounded genteel though played with poise (Marianne Thorsen) . If Bax suggests open seas and open skies,  Elgar here suggests Victorian propriety. We appreciate both when heard together. Both composers set the context from which Peter Warlock's The Curlew was to arise. 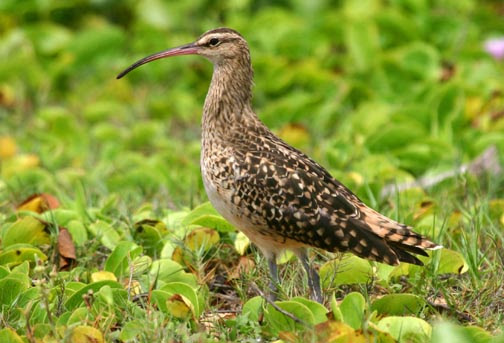 Warlock's The Curlew deserves to be recognised as one of the masterpieces of British music., and indeed of modern European music as a whole. It's shockingly prophetic. Warlock started writing it in 1921, when Benjamin Britten was 8 years old, still at home with his mother, a detail which is poignantly relevant to Britten's situation. Although I don't know if Warlock's score is in Britten's library, it would seem that he almost certainly knew the piece, as it's startling how much it presages Britten's later work. The Curlew contains the long, keening lines, the tonal ambiguity, the hovering between old forms and new, and above all the sense of uncompromising fatality we hear so often in Britten. The utter desolation in Britten's Curlew River might have its roots in The Curlew. Even Peter Grimes might be distant kin  to the doomed soul in Warlock.

The Curlew begins with plaintive cor anglais  reminiscent of the oboe in Bax's Oboe Quintet. Gareth Hulse was kept busy. The mood deepens with viola and cello (Lawrence Poweer, Paul Watkins), evoking the idea of endless sky and sullen earth, Warlock responds perceptively to W B Yeats by establishing the oppressive atmosphere long before the entry of the voice (Mark Padmore). "Oh, Curlew, Cry no more," Padmore sings "....there is enough evil in the crying of the wind". The Curlew isn't song in the conventional sense but a tone poem with voice. Notice too the drooping diminuendoes, dragging down the creature of flight, and the back and forth chords the cello defines.  These are significant for they suggest a bleak panorama.

Yet the landscape here is nternal, not external. Three times Warlock repeats Yeats's line "No boughs have withered because of the wintry wind: the boughs have withered because I have told them my dreams". In the third strophe of the third song, Warlock writes exotic lyricism: one can also hear the call of some distant bird. But it's an illusion. The phrase repeats for the last time in hollow monotone, declaimed in half whisper, rather than song. The voice is silenced while the instruments speak in hushed murmurs. Guided by the cor anglais, the voice returns once more for the final, minimally accompanied song before it breaks off into sudden silence.

Warlock's The Curlew is such a disorienting piece that it is not comfortable to listen to in the communal environment of a recital hall. Alone, in the darkness and in private, you can give yourself  wholly to the piece and experience its searing impact. The Nash Ensemble have had The Curlew in their repertoire for years and are  perhaps its finest interpreters.  Padmore sings clearly, but doesn't have the surreal, poisoned intensity that John Mark Ainsley and others bring. The Curlew is such a queer bird that I don't think its strangeness can be fully realized without a disturbing emotional edge to the singing.

After The Curlew, I'm usually too ravaged to listen to anything, but in the real world, concert-goers need something relaxing to send them home.  Since the Nash Emsemble can call on Craig Ogden, they can present Benjamin Britten's Songs from the Chinese op 58 (1957). for voice and guitar. Perhaps Britten chose guitar because it vaguely replicates Chinese plucked instruments like the pipa or zheng, but experienced performers are few and far between in the west. The guitar adds an oddly Spanish timbre which for me contradicts the "Chinese" nature of the poetry, even in the westernized translation by Arthur Waley.  Padmore was more in his element here. In The Old Lute, the voice part is written to suggest the sound of a lute, whose sound is "still cold and clear", Padmore stretching the o-o-o-o in the vowels so they perceptibly chill. Similarly, Britten writes a turbulent rolling rhythm into The Autumn Wind which Padmore sings with elan.

The concert ended with another Nash Ensemble speciality, Ralph Vaughan Williams String Quartet in C  minor (1898). This fell into such obscurity that it was not heard in public until the Nash performed it at the Wigmore Hall nearly 100 years later. It's pleasant if undemanding. I was reminded of the line in The Old Lute, "How did it come to be neglected so ? Because of the Ch'iang flute and the zither of Ch'in"

You might be intrigued to know that the first recording of The Curlew was listened to in darkness by members of the North-West London Gramophone Society in 1939. (This recording was made by the National Gramophonic Society, which had also premiered Bax's Oboe Quintet on disc.) It seems a bit unfair of the Nash to pair the Bax & Warlock with Elgar's salon miniatures, though, don't you think? Why not his marvellous String Quartet? Best wishes, Nick