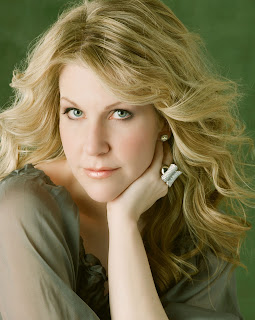 Baroque rocks the Barbican! Plenty of good things coming up this year. The Barbican is on to a good thing with baroque and chamber operas because the hall is neither too small nor too cavernous. Concert performances also let us focus on voice and the unique purity of period instruments. See Robert Hugill's article  in Opera Today for more details of the next three concerts coming up in the next month - Joyce DiDonato, Handel Radamisto and Lully's Phaeton. Read the full article here, it's a detailed and informative summary of the treasures to come. Joyce DiDonato's programme is very interesting, so this should be a treat.

Handel Radamisto on 10/2 promises to be a treasure, too. David Daniels singing the title role in a concert performance with Harry Bicket conducting the English Concert with Patricia Bardon as Zenobia, Luca Pisaroni as Tiridate, Elizabeth Watts as Tigrane, Brenda Rae as Polisenna and Robert Rice as Farasmene. The ENO Handel Radamisto (here) was good, but the Barbican cast is grande luxe.

"Christoph Rousset and Les Talens Lyriques perform Lully’s Phaeton with Emiliano Gonzalez Toro, Ingrid Perruche, Isabelle Druet, Sophie Bevan, Andrew Foster-Williams, Matthew Brook, Benoît Arnould, Cyril Auvity, Virginie Thomas", writes Hugill, "Lully wrote the opera to a libretto by his regular collaborator Philippe Quinault and the work premiered at Versailles in 1683. Its plot, dealing with the hubris of Phaeton, son of the Sun god, can be seen as an allegory of the punishment awaiting those mortals who dare to raise themselves as high as the sun (i.e. the Sun King, Louis XIV). The opera is the 10th of Lully’s 14 tragedies lyriques. As with all operas in the form, it mixes aria with choruses and extensive dance episodes which are integrated into the plot."  Rousset and Les Talens Lyriques are among the best in the business. Even if you're not a baroque specialist, this will be a good experience.