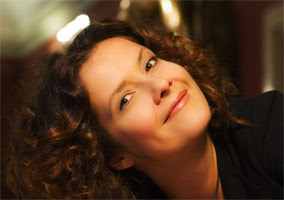 Julius Drake's latest Hugo Wolf Songbooks recital at the Wigmore Hall featured Angelika Kirchschlager and Dietrich Henschel. These singers have very different voices indeed, so Drake's programme made the most of the contrast.

The logic behind the song selections revealed itself as the recital progressed, but the evening started with five Mörike songs which Kirchschlager sings so well. Her distinctive, warm timbre adds depth to Wolf's songs, bringing out the sensuality fundamental to their interpretation.  When Kirchschlager sings Wolf, there's nothing precious or effete, even when, as in Erstes Liebeslied eines Mädchen, the girl is so young that she cries "Grief ich eine Schlange" while less innocent ears know what she's really snared in her net. Kirchschlager's forte is natural graciousness.  She's ideal in Wolf because she's subtle, capturing the delicate charm beneath which Mörike shields dangerous thoughts. In Das verlassene Mägdlein, Wolf writes turbulence into the piano part, expressing the emotional tempest the servant girl feels even though she's attending dutifully to her job.  On this occasion, Kirchschlager was singing into words, as if the songs were a vehicle for hochdramatischer grand opera. She's good enough that she was still enjoyable, but it's not her usual style, nor one particularly suited to these songs.

Perhaps this concert was an experiment in turning Wolf's songs into theatre.  It's perfectly reasonable to group Wolf's settings of Goethe's Wilhelm Meister poems into a kind of narrative. The saga is so well known that most listeners understand where the songs belong. Kirchschlager, Henschel and Drake presented the three Harfenlieder songs (plus Spottlied)  with the three Mignon songs, and Philine and Kennst du Das Land.

This was a welcome chance to enter into the world of the strange old harper and Mignon. Mignon is very young, but has a horrible backstory of abuse.  Kennst du das Land is one of the most beautiful songs ever written, but part of its impact comes from the intense emotions it evokes, emotions almost too extreme to be expressed by a child. Sorrow is central to her personality. "Nun wer die Sensucht kennt, weiss, was ich leide!". The rcihness of Kirchschlager's voice suggests that there are mysteries to Mignon's personality which we may never know. When she sings the downward phrases at the end of Mignon 1 ("und nur ein Gott"), her voices seems to swoon. Julius Drake shows how the phrase is replicated in the piano part, the piano reinforcing what Mignon cannot tell.

In some repertoire, a voice like Dietrich Henschel's is an advantage. Recently he sang Bernd Alois Zimmermann's  Ich wandte mich um und sah an alles Unrecht (Ecclesiastical Action) for Vladimir Jurowski at the Royal Festival Hall (read review here) where the harsh, apocalyptic subject requires a singer who can sing forcefully, often in tricky, disjointed phrases. Henschel sang that well, but singing Wolf is a different prospect.. Henschel was acceptable in the Harfenspieler songs, because  Goethe deliberately contrasts the ravaged Harper with the angelic Mignon.  In the earlier part of the recital, with other Goethe settings, like Prometheus and Grenzen der Menscheit his singing as marred by excessively wide dynamics. Phrases were pulled out of shape, harsh vibrato overcompensating for dry tone.  It didn't help that Julius Drake pounded ferociously.  He's one of the best pianists for song but here gave his singer no quarter. Henschel's good enough to know when things aren't going well for whatever reason. When Kirchschalger finished singing Philine, Henschel remarked on the final lines "Jeder Tag hat  seine Plage, und die Nacht  hat ihre Lust". Everyone has bad days sometimes. He then approached Spottlied with gruff good humour, defusing some of the bitter envy in the text, which is a perfectly valid interpretation.

Hugo Wolf been called the "Wagner of the Lied" but this refers to the way he rethought the relationship between poetry and song. Indeed, Wolf's sensitivity to miniature nuances precludes Wagnerian treatment. While it was good to hear the Wilhelm Meister songs together, they aren't music theatre but songs to be sung as lyrically as is reasonable.  The encore was Leopold Lenz (1803-62) Nun wer die Sensucht kennt., for two voices and piano.
at January 08, 2013