Manipulating the Reformation - political bias at the BBC? 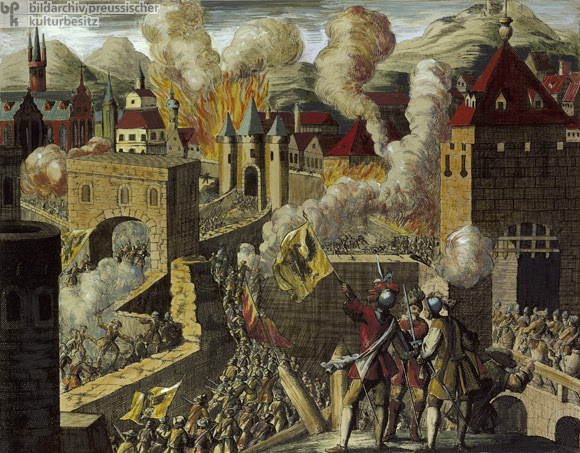 From St John's Smith Square a very good concert marking the 500th anniversary of the Reformation, with soloists Mary Bevan, Robin Blaze, Nicholas Mulroy and Neal Davies, with the Choir of Clare College, Cambridge, and Clare Baroque, conducted by Graham Ross. Works by Bach and Mendelssohn and Martin Luther himself, but also by non-believers like Brahms and Ralph Vaughan Williams.  Excellent programme and performances.  But far less admirable was the deliberate political bias with which the BBC packaged the concert and indeed, the whole concept of Reformation.

The Reformation was a revolution in European history, definitely worth commemorating.  But it was not "Martin Luther's Reformation" as if he dreamed it up on whim.  Christianity always was schismatic, but this break succeeded because social conditions were changing.  The development of printing, for example.  Intellectuals like Erasmus and Linacre were changing attitudes.  When Luther posted his 95 theses on the doors of the church at Wittenberg, he was not starting a new religion. The Reformation took off because it was politically expedient, and exploited as leverage by kings and princes. We should mark the Reformation, but we should also see it in the wider context of cultural change, rather than as a calculating power grab.

So why does the BBC package the Reformation as "a Brexit Moment"? A stupid comparison, demeaning to religion, and to the millions who have died for their faith on all sides.   AN Wilson says that "Protestantism was the first great Eurosceptic thing, the setting up of local power bases against a shared wisdom." which is true to some extent, but disregards the Pax Romana which brought civilization to the tribes of the north. Or perhaps some people don't want to be reminded of the Sack of Rome by "barbarians" and the dark centuries of ignorance that followed ?  "Breaking Free", indeed.

For centuries after the Reformation, Europe was torn apart by wars, using religion as an excuse.   There was no universal consensus, nor should there have been, since society isn't monolithic, except through  repressive coercion.  Democracy is an ideal which recognizes that no-one has to think the same thing. Otherwise there wouldn't be a need for representation and discourse, or checks and balances against abuses of power. Absolute control is the opposite of democracy. Leaders who fear opposition become dictators.  There is a difference between winning elections and good governance.

The sad fact is that the media can manipulate opinion, thereby destroying the fundamentals of democratic process. An institution as big as the BBC can't help but have some bias, but when bias becomes so pronounced, it no longer reflects the fact that not everyone thinks the same way, nor should have to.  That is why the BBC needs to be more scrupulous, since it should be responsible to the nation as a whole.  British identity draws strength from concepts like fairplay and tolerance, even diversity.  Values that reflect Jesus's teachings : "Love thy neighbour as thyself". These tenets are the fundamentals of democracy.  Will the BBC be able to stand up to political and commercial pressure? For the sake of this nation, I pray.
at May 01, 2017

A fan of Croatia said...

Reporting standards are slipping at the BBC as in so many other places, frequently displaying (as in this case) the ignorance underlying the script. Seriously researched academic knowledge and understanding are being sacrificed on the altar of the glib summary and the smart remark. In a completely different field, Alan Turing's memory was horribly besmirched tonight at 6.30 in a cheap 'gag' about his work and his death by a comedian called Rob Newman. If Newman is at all familiar with Turing's ground-breaking work, and his posthumous legacy involving apologies from the Executive, and a pardon from the Monarch, he tossed it aside tonight in a disgraceful display of crass crowd-teasing. As I say, a very different sphere and yet I have the feeling that both episodes are evidence of similar corrosion of values at the BBC and elsewhere.