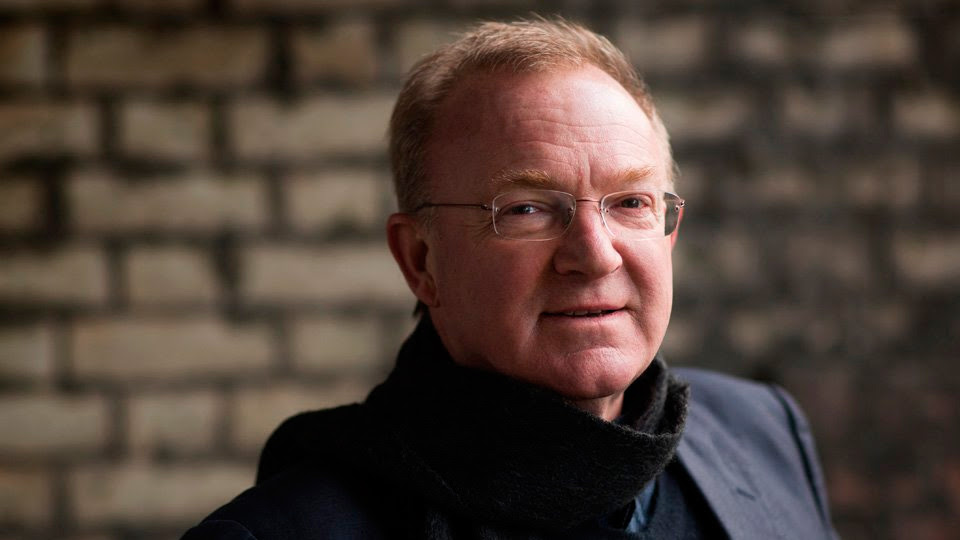 Thunder and lightning above the Royal Albert Hall before Prom 17  with Martyn Brabbins conductingthe BBC National Orchestra of Wales in Hubert Parry, Ralph Vaughan Williams and Gustav Holst.   Parry's Symphony no 5, the Symphonic Fantasia ,doesn't actually have much to do with the First World War, or Englishness for that matter. It's a brilliantly original work,  which should be appreciated on its own musical terms. Parry's place in British music, and European music, deserves far more attention.   The BBC's fixation with non-musical agendas reinforces cliché and shallow thinking to the detriment of the music itself.

Parry's Symphony no 5, the  Symphonic Fantasia, is a brilliantly original work, looking forwards yet built upon Parry's very deep knowledge of his musical antecedents.   In 1883, he had written of Schumann's Symphony no 4 that it "can be felt to represent in its entirety the history of mental and emotional conditions such as may be grouped around one centre.... the conflict of impulses and desires, the different phases of thought and emotion, and the triumph or failure of the different forces which seem to be represented all give the impression of ....being perfectly consistent in their relationship to one another."

Thus Parry's symphony - for it is a symphony in four movements (allegro, lento, scherzo and moderato) - encompasses infinite variety in tightly structured coherence. The programmatic titles, Stress, Love Play and Now, are in themselves nothing new, but Parry marks the various sub themes and developments not with conventional German or Italian terms, but with words like "brooding", "pity" and "revolt" which allow interpretive freedom.  Its open-ended, free-spirited nature welcomes new performers, inviting them in, rather than imposing on them.  This matters,  since Parry held strong humanistic and ethical views.   Please read my piece on Parry's The Soul's Ransom HERE.  Some teachers teach students what to do, while others teach students how to think for themselves.  Parry was the latter type : more self effacing than the dominant Stanford and in the long term perhaps a greater creative influence on other composers.

Though Parry in this symphony was thinking back to Schumann and Brahms, the innovative nature of this piece harks to Carl Neilsen's Symphony no 2 "The Four Temperaments", and quite possibly more. It's intricate patterns of theme, recapitulation, development and elongation show, says Jeremy Dibble, "a forward looking attitude to modern structural procedures.  For this reason alone it merits a firmer place in the canon of cyclic works, and perhaps more important still it deserves to be more widely recognized as one of the finest and most assured utterances in British symphonic literature".  If anyone can make a case for Parry as a beacon of modern British music, it would be Martyn Brabbins, whose repertoire spans the late 19th and 20th centuries.   This was a powerful performance, very clearly thought through, much more coherent than when Siniasky conducted the piece at the Proms in 2010.  While  Adrian Boult and Matthias Bamert remain invaluable, Brabbins, with his alertness to the sophisticated inventiveness in the piece,  reveals new insights.

Vaughan Williams The Lark Ascending is so extraordinary that even though we've heard it a million times, it still has the power to  astonish.  It's so moving that it always works, whatever the performance. Tai Murray, a former BBC New Generation artist, is technically gifted, shaping the long lines with great charm, suggesting the fragility of the lark.  But there is more to this piece than refinement. I would have preferred more emotional engagement, bringing out the heart rending sense of Sehnsucht of really great performances. Perhaps if we hadn't heard this piece so often we might not expect so much, but how could we live without it ?   But the magic of The Lark Ascending worked yet again : the Proms audience went wild with joy.

With Hubert Parry's Hear My Words, ye People (1894) the organ loft lit up. The organist was Adrian Partington,  evidently enjoying the majesty of the Royal Albert Hall organ.   Just as impressive was  the BBC National Chorus of Wales, as focussed and as precise as they were in last week's Mahler Symphony no 8. Please read more about that here.  Though Parry wrote Hear My Words,  ye People for enthusiastic amateurs, with top notch singers like these, the anthems rang out with magnificent conviction.  The soloists were Ashley Riches and Francesca Chiejina.  This isn't an overblown extravaganza, but all the better for that as it shows the intimacy of Parry's style even when writing for choir, organ and (minimal) orchestra.  Gustav Holst's Ode to Death (1919) blends voices and orchestra to create lush textures which suddenly ignite into crescendo.  returning again to ethereal harmonies "Over the treetops I float thee along, over the rising and sinking waves, come lovely and soothing death, come with joy!".  Harps and fine, bell-like tones in the orchestra suggest transcendence.

In Vaughan Williams's Symphony no 3  the "Pastoral"  winds and bassoons murmured, as dark and impenetrable as smoke, a rather apposite image since the piece was written after RVW's experiences in the trenches, collecting bodies from fields which should have produced crops.  A  violin melody wafted upwards. Like the Lark it ascends, but its ascent seemed haunted. The natural trumpet in the second movement sounded deliberately hollow, like a trumpet blown by an ordinary soldier, perhaps not quite in tune.  A horn repeats the motif : the last Post meets the last Trumpet at the End of Time. What might the robust dances in the scherzo represent ?  Perhaps this is a threnody not only for those killed in the trenches but for an innocence that cannot return.  Francesca Chiejina’s voice materialized from high up in the balcony, which in the Royal Albert Hall is very far away indeed.  This is important because it creates a sense of distance.  Whatever the soprano might signify, the sound should be otherworldly.  That's why the song is mysterious vocalize. I don't even think it's meant to be an angel or anything quite so comforting, but a reminder that there are things  that are beyond human comprehension and distances that can never be bridged.

But what of this Proms audience  ?  Even in the expensive seats, people were fidgetting, not paying attention, behaving as if they were at home in front of their TVs.  Some walked out, even after Hear My words, ye People and the Ode to Death.  Why weren't they paying attention to serious subjects and seriously good musicianship ?  Therein lies the danger of marketing music as consumer disposable.   Eventually audiences assume that as long as they've paid for something, they don't need to make an effort to put anything of themselves into the equation.   Maybe what we need is marketing that respects the art it is supposed to serve.  [Since writing this, I've heard from people who weren't able to attend because the Prom sold out almost immediately. All the more it's a shame that those who did get tickets didn't care enough about the music. The ones walking out after the choral pieces were cheerfully heading off to the pub. So much for the music and indeed for the subject ].