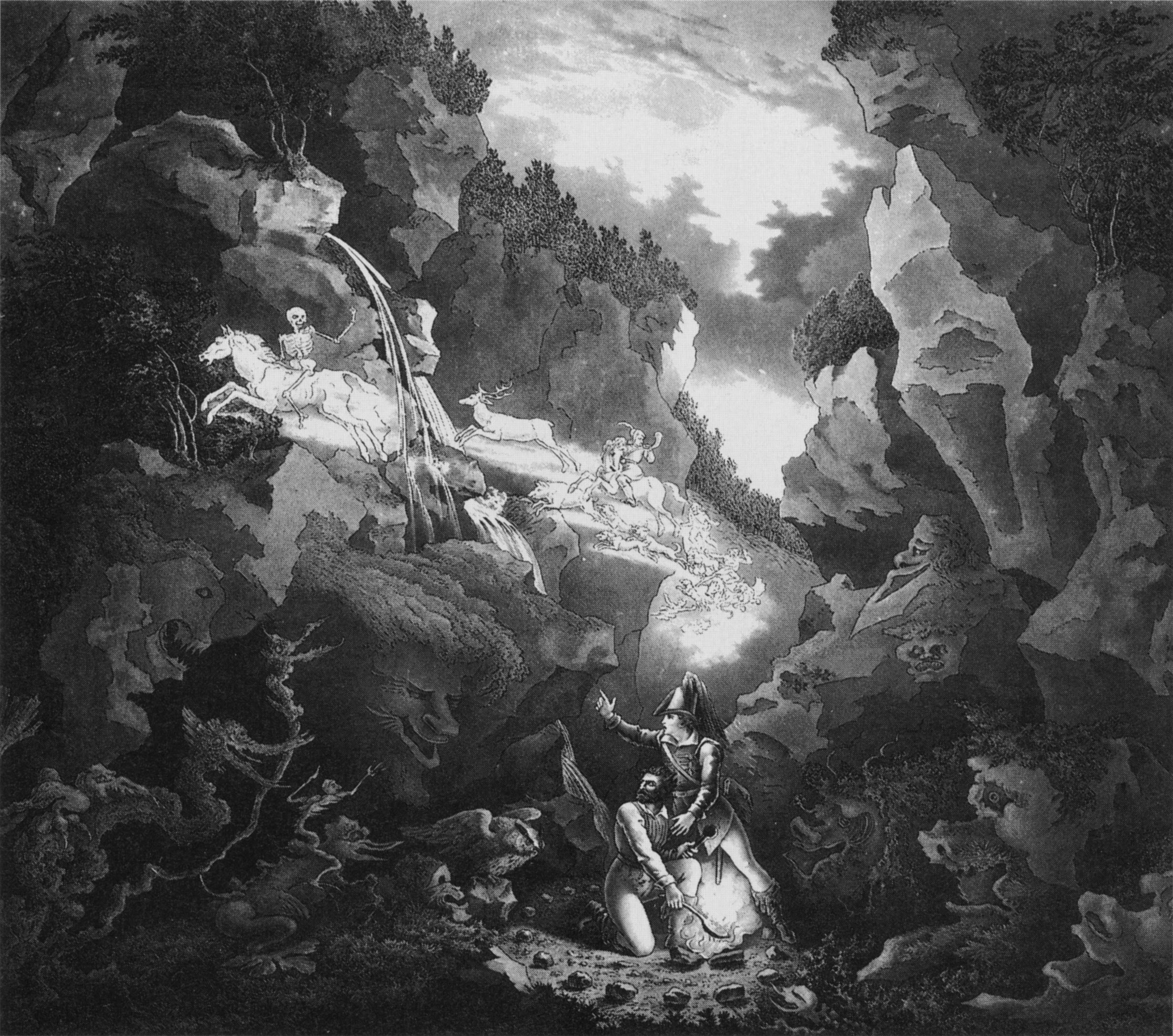 So much more to filming opera than point and shoot! Back in the 1960's Hamburg Opera linked up with German TV to film 13 operas. Film is the next frontier in opera, now that technology reaches a whole new market for audiences who'd never be able to attend live. If a good production is filmed badly it ruins the whole experience. Think of the disastrously badly filmed Glyndebourne The Fairy Queen, almost impossible to watch. Film is a whole new discipline. Film directors need to know music as well as film, and need to understand how a production expresses an opera. So, to the archaeology of filmed opera, back in the 1960's when television was creative cutting edge. People watched TV then so there was money in opera TV and broadcasters put their best people on the job.

One of the Hamburg Opera/NDR opera films was Weber's Der Freischütz.  This production, directed by Gyula Trebitsch, and filmed by Joachim Hess, was unabashedly "period", leather trousers and feathered hats, bodices and aprons. For gents and ladies in that order, not the other way round.  Even now central Europeans join hunting clubs and forage in the forest. In 1968, the world of this Der Freischütz.was living memory, not archaic kitsch. Traditional setting, but by no means dumbed down or brainless. It's not costumes that make a good production but the ideas behind them.

The film opens with a shot of a print of a 19th century theatre curtain. Cut out figures move across the screen as the credits roll. The Overture is a transition from artifice to "reality" and quite magical in its own way. The villagers are partying but this isn't twee prettiness. The Thirty Years War was traumatic. Millions died. Survival depended on luck. That's why Max is susceptible to Kaspar's magic, and why Agathe's so frightened of omens. Max knows that any moment, his luck may turn, so he's preapared to gamble with the devil.  That this is a hunting community isn't decor, either. These people have no qualms about killing to live. A generation of war also means that peasants who once might have been farmers now know how to use guns. The opera gets underway with the chorus "Victoria!Victoria!". The peasants are cheering Killian, a peasant who presumably learned to shoot in war, while Max was just a forester. No wonder Max is bothered. Significantly, the opera ends when Ottakar and the Hermit, symbols of authority, decide that traditions must change.  Reason  must rule, not superstition. Audiences in Weber's time would have understood that this was more than pastoral fantasy. They lived in an era when feudal was finally giving way.

So don't mistake the peasant costumes for placid or peaceful. Der Freischütz is not glossy, serene or bucolic. That's why Weber writes such vigour into his music. Peasant life was tough, so peasant dancers were as fit as athletes. Their dances are energetic, even stolid, as the music makes clear. Weber's describing a crude life force that comes from living - not necesarily in harmony - with nature. Carlos Kleiber's recording with the Staatskapelle Dresden in 1973 captures the true spirit so well that you can't say you know the opera til you've heard Kleiber

In the film, the Hamburg Philharmonic State Orchestra is conducted by Leopold Ludwig, who is pretty good at atmospheric drama. Since the Wolf's Glen scene is so vividly filmed, there's a good match between music and visuals. These films were based on regular stage productions, so reflect what Hamburg Opera was doing in 1968, so performances are varied, pretty much like in any functioning opera house.  Standards were high, though, because in Germany they take opera, and Der Freischütz seriously. Voices from the past, like Gottlob Frick (Kaspar), Tom Krause, Ernst Kozub.  Watch for Franz Grundheber, later a great Wozzeck for Abbado, in the tiny role of Kilian, which he makes big.  Above all, watch for and listenn to Edith Mathis, then aged 30, as Ännchen. Arlene Saunders sings beautifully but Mathis lights up the screen completely and steals the show. You can almost hear what Saunders is thinking. Mathis always sounded gorgeously fresh and youthful, even when she reached her 60's. Here she exudes sweetness laced with pert intelligence. Agathe panics, but Ännchen is the voice of strong common sense. This film has a cult following because it preserves Mathis  at the start of her career. Hear why below: