Opera Rara presents Donizetti's Les Martyrs (READ MY REVIEW HERE)  at the Royal Festival Hall, London on 4/11. Mark Elder conducts the Orchestra of the Age of Enlightenment. Any Opera Rara production is an occasion : serious bel canto fans would have booked for this as soon as tickets went on sale (especially since Bryan Hymel was originally scheduled to sing the the heroic Polyeucte. Michael Spyres stepped in a while ago : he's very good, too. Joyce El-Khoury sings his wife Pauline. Event of the year, for many

Opera Rara's Les Martyrs  would also be a wise choice for anyone planning to go to Glyndebourne's 2015 Donizetti Poliuto. Poliuto was written for the Teatro San Carlo in Naples in 1838 but promptly banned by the King of Sicily, who objected to the depiction in popular theatres of a subject from Christian history.  Poliuto (aka Polyeucte, or Polyeuctus) was a third century Roman who converted to Christianity and was beheaded as a martyr in Armenia. Relatively little is known about the saint, so the opera treats the story as drama. The libretto in both operas was based on a play by Corneille, written two hundred years previously. French audiences could cope with religious subjects being treated as drama

The part of Poliuto was written for Adolphe Nourrit, Rossini's favourite, but his voice had deteroirated.  In despair, he jumped out of a hotel window and died, aged only 37. Donizetti, however, decided to rewrite the opera for Paris, the then pinnacle of operatic sophistication.  Poliuto then became Les Martyrs, incorporating most of the original with an elaborate new ballet score, extending the overture and choruses, and adding flamboyant new solos for the lead tenor.  A neat way to learn the difference between Italian and French grand opera.  Although Les Martyrs is not unknown (there are several recordings), Opera Rara will be using a new critical edition by Dr. Flora Willson of King’s College, Cambridge, which restores the opera’s original French text (Eugene Scribe)  and reinstates numerous musical passages that have not been heard since its first performance.in 1840. 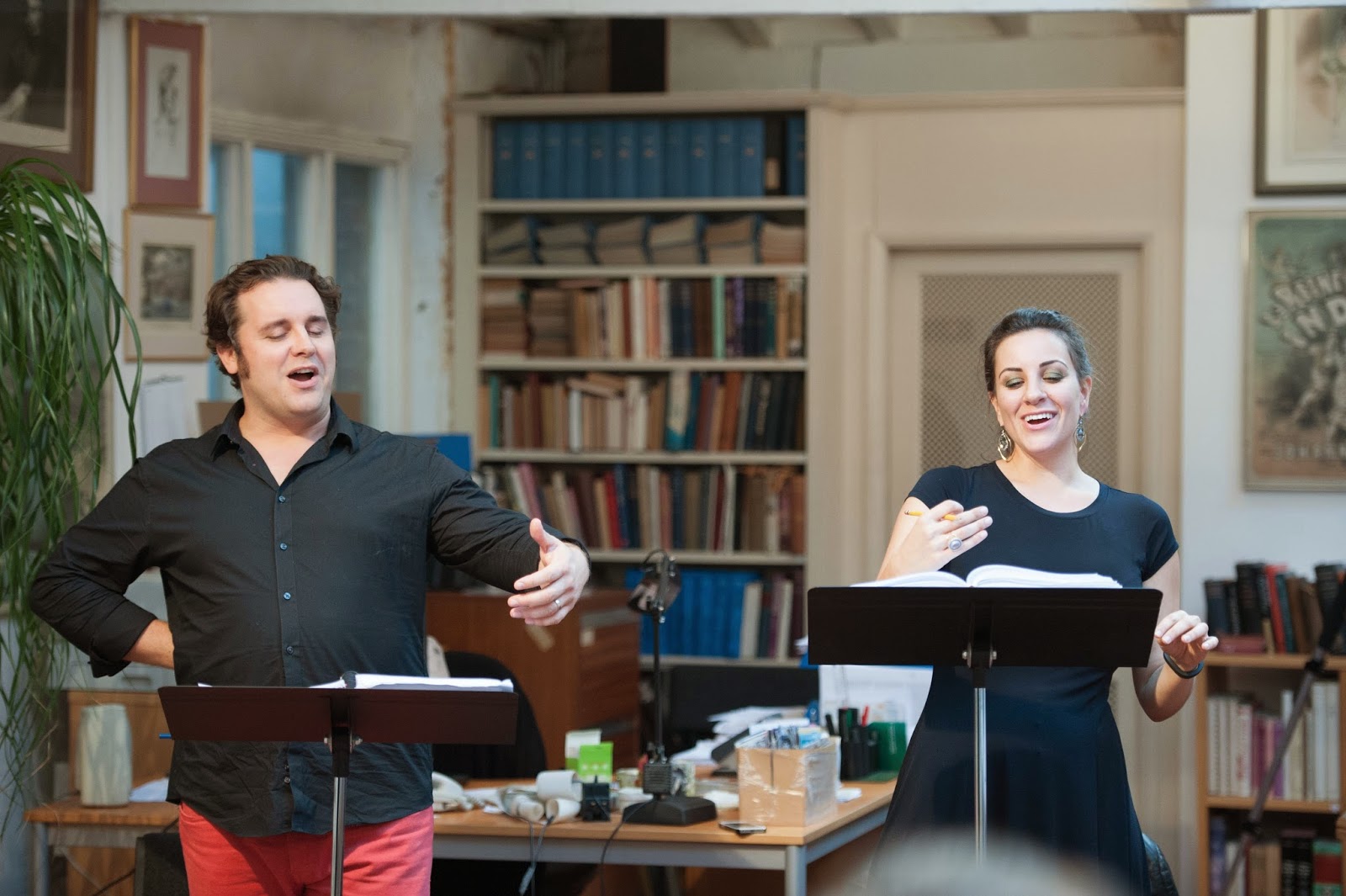 In true Opera Rara tradition, the company will record the opera in the studio in the week prior to the performance, marking its 23rd complete opera release by Donizetti to date.,Joyce El-Khoury (Pauline), who made her recording debut with Opera Rara with Donizetti’s Belisario in 2012, was recently nominated in the Young Singer category of the 2014 International Opera Awards. She is joined by Michael Spyres (Polyeucte), David Kempster (Sévère) and Wynne Evans (Néarque) who make their Opera Rara debuts with the recording and performance of Les Martyrs. Also featured in the cast are Brindley Sherratt (Félix) and Clive Bayley (Callisthènes), who have both previously worked with the company. (photo credit Russell Duncan).

The brain-child of Patric Schmid and Don White, Opera Rara has been in the business of bringing back forgotten operatic repertoire since its conception in the early 1970’s. The operas of Donizetti in particular continue to remain a core focus, with the company celebrating its 50th complete opera recording recently with the release of his opéra-comique Rita. Watch out for the forthcoming recording, but prepare by experiencing Les Martyrs live next week !
at October 27, 2014