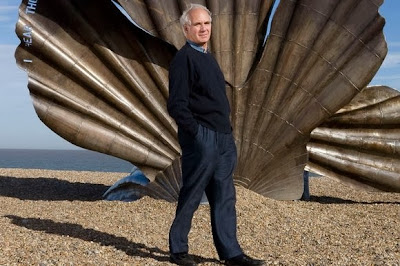 Benjamin Britten's Albert Herring is a red herring  The hero Albert Herring gets pickled. In the process, he finds himself and sends up those who thought he was simple. The opera is comic, but the laughs are on those who ignore the double meanings fundamental to Britten's idiom. At the Barbican Hall, Steuart Bedford conducted a performance so vivid that you wonder why Albert Herring is still one of Britten's Cinderellas, doomed to stodgy retro stagings that emphasize the leaden text at the expense of the music. Bedford rescues Albert Herring from provincial Loxford and liberates him into the modern world.

After the Rape of Lucretia, Britten wanted to write something light that could be staged in the relatively limited resources of the Jubilee Hall, Aldeburgh, a few yards from Britten's home at Crag House. Albert Herring premiered at the very first Aldeburgh Music festival in June 1948, with Britten's own English Opera Group, with which Steuart Bedford was later connected. The Jubilee Hall is now far too small for modern audiences and its backstage facilities almost non-existent, so in 2011 Bedford conducted the opera at the Maltings, Snape, where the stage was a mock-up of the original, complete with a determined "community" atmosphere. Locals were asked to contribute home-made cakes for Lady Billows's (Felicity Lott) tea party.(read more here). That production recreated not just the opera, but the whole spirit of early Aldeburgh and make-do Austerity Britain. A hopelessly amateur video circulated for a while, which I rather liked because it was so doggedly in period.  Because Bedford elucidates the music so clearly,  Kenneth Richardson's modern dress staging at the Barbican Hall was well received.

Britten's Albert Herring is an adaptation of a short story by Guy de Maupassant, set in Catholic France. Translation to Middle England causes problems. But that suited Britten. He and Crozier were able to create a satire on English social pretension and hypocrisy. Loxford is a polite middle-class, suburban version of the Borough where Peter Grimes was hounded to his death. Victorian grand dames would probably have been more interested in the sex lives of horses than in the suburban proletariat. Lady Billows is nuts, her lady friend Miss Pike filhty-minded, but powers that be in Loxford do their bidding without question. Some things don't change! 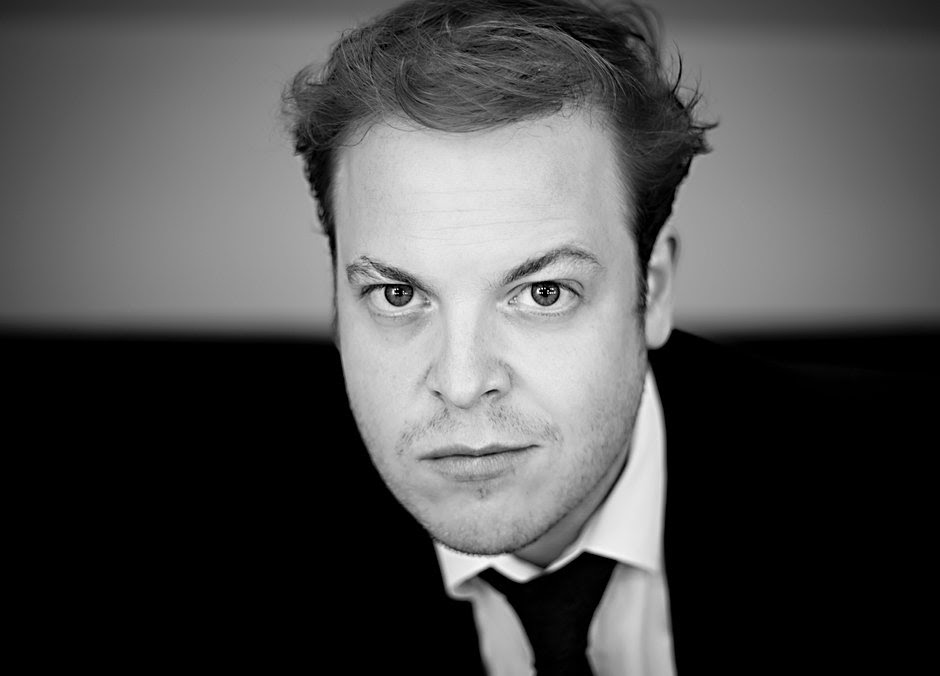 Even before he's made May Queen, Albert's looking for a way out. He knows he has to break away, but how? When Sid and Nancy spike his lemonade he loses his inhibitions. He becomes both Titania and Bottom at the same time, both dreamer and down to earth. When Albert is drunk, woodwinds entwine, ever so slightly off-colour, as if they're embracing in a dream. Alcohol is just a shortcut to something that's been fermenting in Albert for a long time.

Britten uses the Tristan chord but even more significantly the horn themes from Siegfried, and even the call of the Wood Bird, which he used as early as 1939 in The Sword in the Stone (more here)  Andrew Staples's voice rings clear and pure, glowing with promise. he's not a Wagnerian Heldentenor, but English tenor as Hero, which is quite something in the understated British way. There's a lot more to the part than the singing, as Britten's music makes clear.

Much has also been made of the inconclusive ending. Is Albert gay, as has been suggested? It probably doesn't matter either way., though he's attracted enough to Nancy that Sid gets worried. Kitty Whateley sang a specially toothsome Nancy: the part is one of the most womanly Britten ever wrote, and she did it justice. Marcus Farnworth's Sid was characterized enough that I wondered if Sid Vicious and Nancy Spungen  knew Albert Herring

The cast was well chosen. Lady Billows always gets attention, and the role is well suited to Christine Brewer's timbre, shrilly imperious yet softly billowing in the middle. The part isn't "funny". As Nancy observes, it's not nice to humiliate a shy man like Albert. The girls of Loxford don't deserve shaming, either. Albert's mother is no heroine either. Catherine Wyn-Rogers, who has a true gift for singing character, gives the part a tough edge: this mother smothers and will sell her son for £25.  One wonders what happened to her husband. Gillian Keith sings Miss Wordsworth and Gaynor Keeble sings Florence Pike. The villains in this opera are women, but the male roles are cast so strongly that they have more substance. Roderick Williams was a particularly effective Mr Gedge, suggesting the parson's saner, gentler side. Adrian Thompson sang Mr Upfold and Matthew Rose was a powerfully arresting Superintendent Budd (note the name, which Britten would use three years later in a very different way).

"What I like is a clear cut murder", Rose sings. In the original French story, the hero dies. In Albert Herring, the hero throws his crown of orange blossoms to the ground. It's a very "British" compromise. In a way, Albert has been murdered because his life has been overturned. .Will he be bullied back into submission? Or, having slayed his Mime (Mum) emotionally, will he continue to run the shop, in a very Brittenesque way by doing what he wants whatever others might think? Perhaps the clue is in the nature of his business. He's a greengrocer, in an area full of organic farms. Will his life bear fruit and prosper as vigorously as the vegetables he sells? Listening to Steuart Bedford and to Andrew Staples, we're left full of hope. Lady Billows serves cream cakes that will clog your arteries. Albert Herring sells things that are good for you.