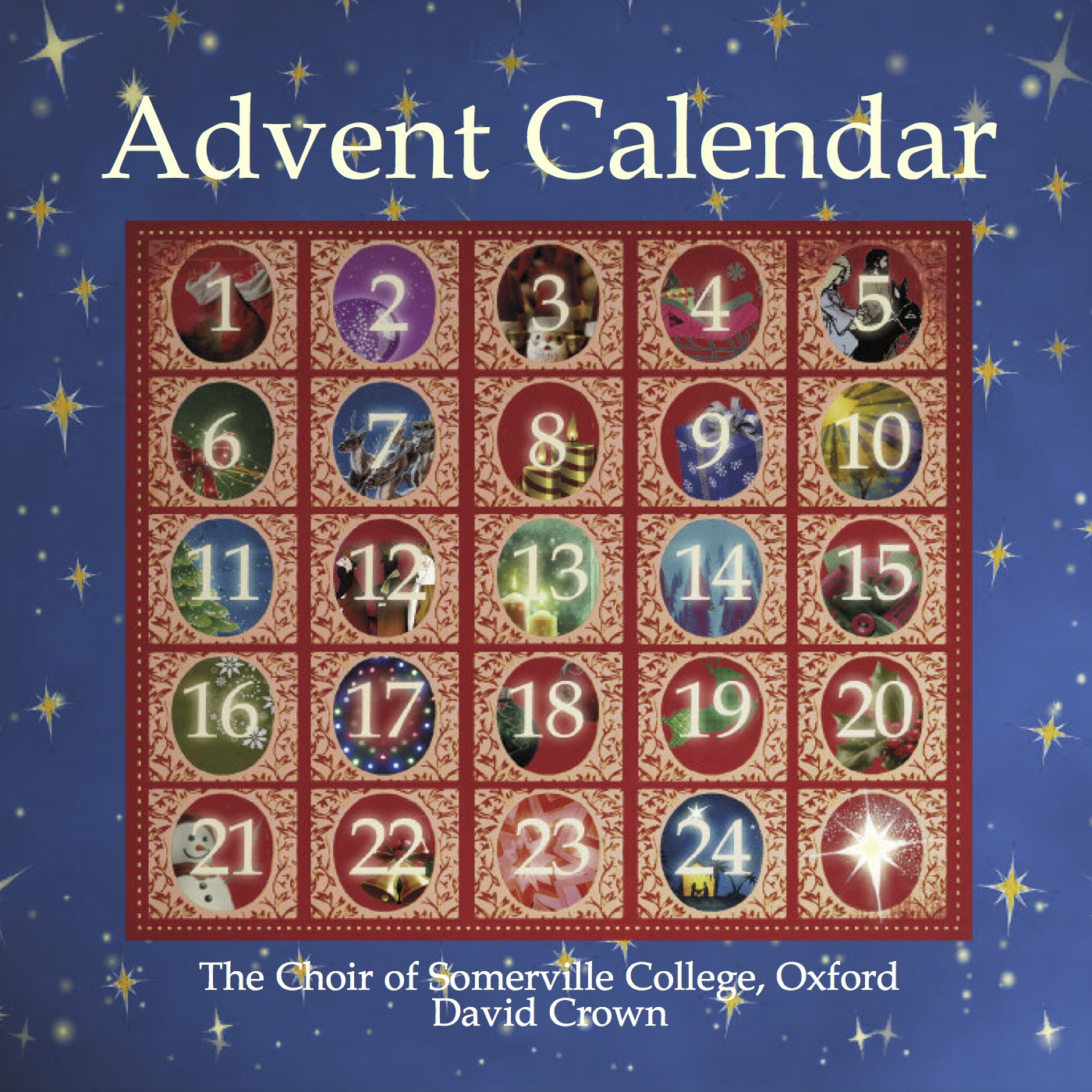 A musical Advent Calendar from Oxford! December is only 20 days away. At last, a Christmas disc you can enjoy for the quality of the performances! It would make a great gift, but you might want to keep it for yourself. This is a disc you can enjoy in private, and in the company of friends and family with above average taste in music. It's that good. No Xmassy ersatz here. This  is the real thing!

The Choir of Somerville College, Oxford, conducted by David Crown make this a disc to cherish. Their enthusiasm is genuinely infectious. You get caught up in the sheer joy of the singing, excitement, whether you celebrate Christmas or not.  That's high praise, especially in a market saturated with the blasé and conventional. The Somerville Choir are young,, but older than many church choristers.  Thus they sing with freshness and energy, yet are mature enough to sound as if they're singing because they have chosen, spontaneously, to get together and enjoy themselves.

In On the First Day of Christmas (here arranged by John Rutter) the male and female voices alternate and blend, creating a vivacious sense of movement . The traditional carol, enlivened and refreshed.  The organ of Somerville College (Douglas Knight) adds resonant depth. I saw three ships (also arranged by John Rutter) positively dances.  The singers whistle! At the end the organ lifts off in a humorous , uplifting riff.

In Peter Warlock's Bethlehem Down (1927) the voices blend with true conviviality This isn't a conventionally pious piece. Warlock indulged, greatly, in alcohol, and Bruce Blount, who wrote the text ,was his drinking companion and wine merchant.  Many of the choices in this collection were written in the last 100 years. There's a carol by Richard Rodney Bennett, Out of Your Sleep, and Jesus Christ the Apple Tree (1967) by Elizabeth Poston, which is charmingly naive. Veiled in Darkness by Glenn L Rudolph is more sophisticated, with a lovely soprano solo for Mary-Louise Aitken.There's Nova! Nova! by Bob Chilcott, and a setting of a Czech carol, Rocking, by David Willcocks.The British carol tradition is alive and well.

There are carols from the great periods of carol writing, in the past. Bach, of course, and Peter Cornelius Three Kings, with,Jeremy Carpenter singing the beautiful baritone part, garlanded by the Somerville Choir. From the 19th century, Silent Night by Franz Gruber, ancestor of H K Gruber, and  A Tender Shoot by Otto Goldschmidt, who knew Mendelssohn, Clara Schumann, Dickens and Arthur Sullivan.