Theodora Handel at the Barbican 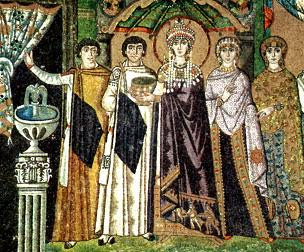 Rosemary Joshua triumphs in a superb Handel Theodra at The Barbican, London.

"Theodora was in many ways Handel's most unsuccessful oratorio; a small group of admirers liked it but the general public did not. His only sacred oratorio set in Christian times, it used a non-biblical story and is essentially an exploration of inner faith with a heroine who goes off willingly to martyrdom. Handel's concerns in the piece transcend Revd Thomas Morrell's libretto. Time and again he subverts Morrell's underlying meaning, using his music to give Theodora an intensity of faith which overcomes the libretto's combination of piety and masochism, and to make the chorus of Romans into jolly hedonists rather than Morrell's rather vicious crew."

"Joshua brought a simplicity and a radiant intensity to the title role which made the character live. Technically the music seemed to hold no challenges, from the opening moments of her first aria Fond flatt'ring World, adieu, you felt she really meant it. Handel helps things along here by the austerity of his orchestration, with unison violins, and in all of Theodora's arias there is a sense of Handel paring the music back in some way."

Read Robert Hugill's review in Opera Today. This is one of the best, and most analytical [pieces of writing on this subject in ages. Highly recommended !