Luca Francesconi's Quartett has at last made it to Britain. Francesconi is hardly obscure. His music has long been championed by Irvine Arditti and the Arditti Quartet , and is regularly heard in European new music circles. There's even a Francesconi premiere at this year's BBC Proms (apparently cancelled some weeks ago, see below).  Maybe the British don't like intellect. But any serious art requires an element of intellectual and emotional input. Surely that cannot be beyond us?

What kind of minds dismiss a culture whose language and mores they don't understand  Quartett may not appeal  to the G&S set, or the G&T set for that matter, but that doesn't make it invalid. There are many - even in London - who know Francesconi's language but yet again, the British media seem more concerned about themselves than about music. Daily Mail aesthetics are not mandatory!

Quartett might seem gruesome but no more so than the original story, which was written in 1782. In Choderlos de Laclos's Les Liaisons dangereuses Valmont and Merteuil play kinky mind games. They manipulate other people , and pride themselves on their cynical lack of emotional engagement. They're specially drawn to good people like Madame de Tourvel, because they get a special kick from destroying genuinely good and sincere people. The original book is so well known that it should be part of basic education, but there's also a summary on Wikipedia and a Meryl Streep movie. 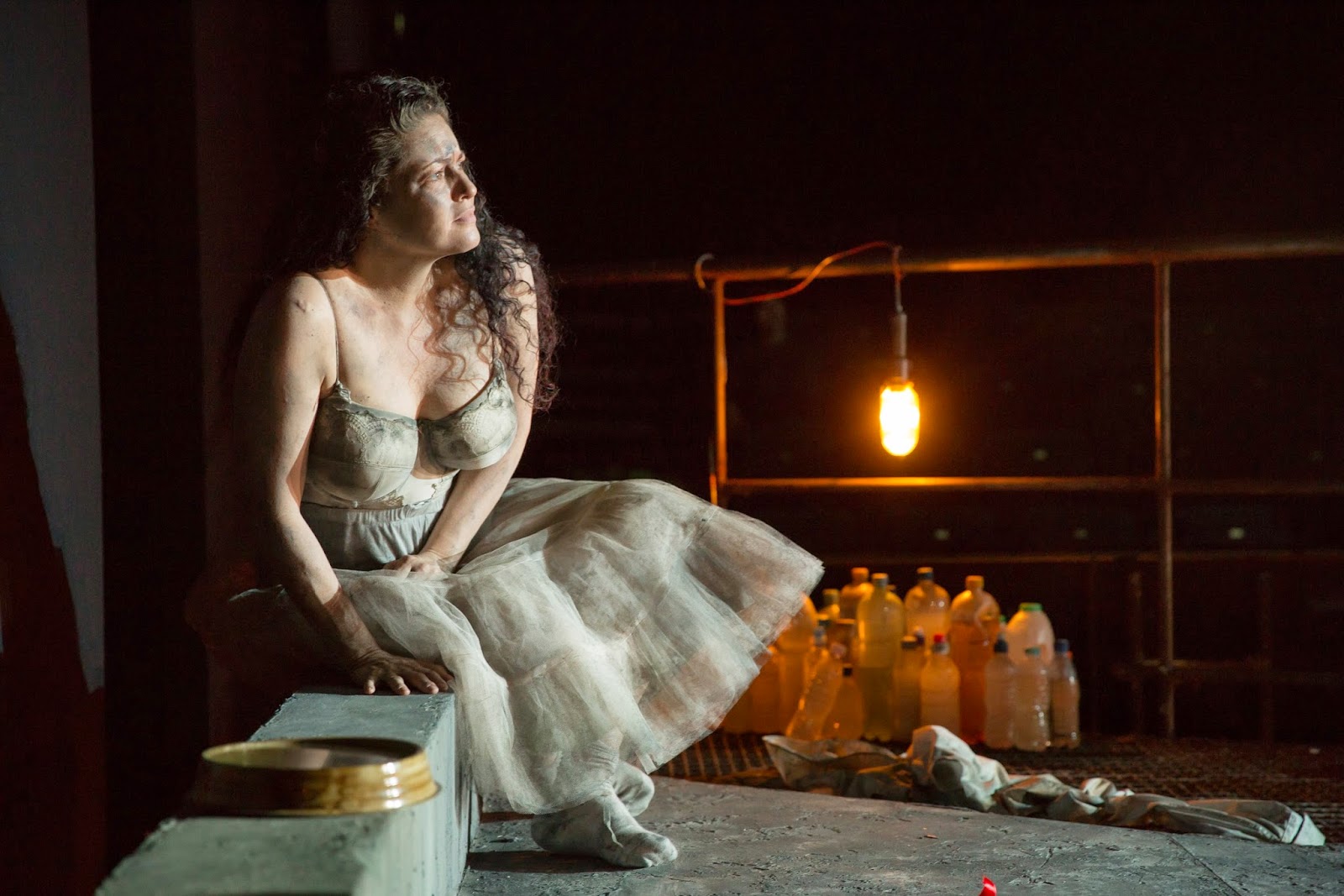 Francesconi's  setting, based on a play by Heiner Mueller, predicates on the idea that Merteuil and Valmont  are alone in an apocalyptic wasteland. It doesn't really matter what disaster has befallen them, save that they've lost the wealth and privileges that let them get away with so much for so long.  Perhaps they're in Purgatory, forced to face the consequences of what they have done. Can there be any greater hell for two people who have wiggled out of responsibility all their lives  At first we see a woman ( Kirsten Chávez) in the tatters of an 18th century noblewoman's gown, her corset still tightly laced. Despite what's around her all she can think of is sex. "The skin remembers touch", she groans, "whether hand or claw". At least she's facing one aspect of her depravity. Significantly, the word "Tourvel" intrudes on her consciousness. Tourvel, the virtuous wife Merteuil challenged Valmont to seduce. Tourvel gave into Valmont out of warped Christian generosity  because she thought her love might redeem him: the complete opposite of Merteuil  Thus Meretuil is obsessed with her memory

Les Liaisons damgereuses is a collection of letters, reputedly exchanged by Merteuil and Valmont as they plot their stratagems and taunt one another. In a modern novel, we read multiple points of view, and the author's commentary. In letter-novels we have only the letter writers' perspective: we have to guess between the lines how other people feel. The structure of Francesconi's Quartett replicates this  anomie, so fundamental to the emotional disengagement Merteuil and Valmont seek to achieve. 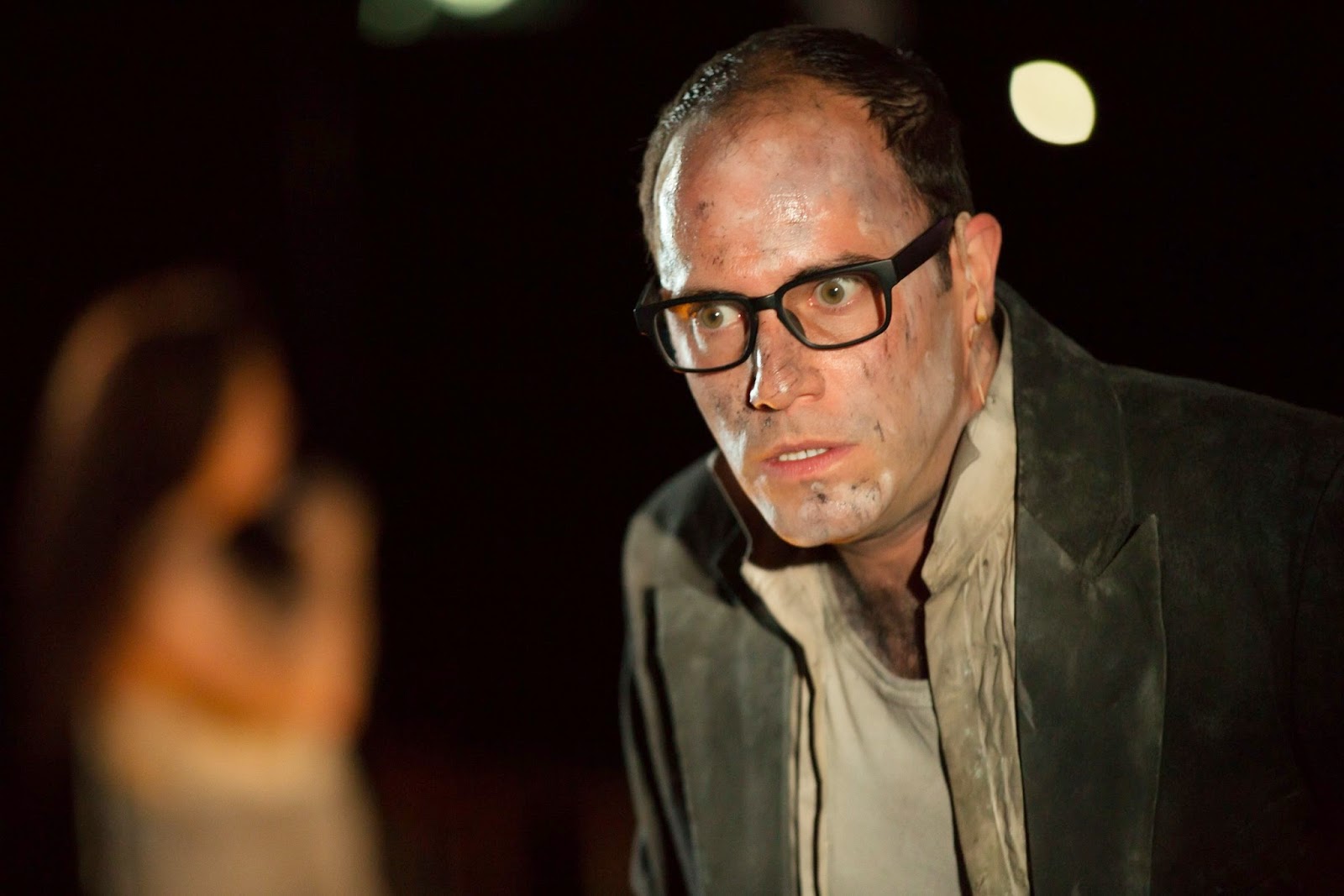 The epistolary nature of the original also influences Francesconi's dramatic form. Miniature  scenes progress seamlessly, ideas and persona changing back and forth.  The vocal lines are arch, like the tone in the letters. In the opera, Leigh Melrose sings great falsetto! Valmont and Merteuil act out different scenarios, like method actors, trying to find their way into an experience. They switch rapidly between personas, sometimes reversing  parts. Francesconi's mentor was the late Karl-Heinz Stockhausen. Hence Fransceoni's use of spatial relationships in the performing space, and his use s of electronic media. Sometimes the singers stand silent, listening to recordings of their own voices singing other parts, reflecton on "themsleves" but not themselves. . Perhaps that's why the opera is called "Quartett", though there are only two players. It may also refer to the chamber music upon which Francesconi's reputation was built, where players interact with each other in intricate formation.

Andrew Gourlay conducted the London Sinfonietta. This isn't easy music to play although it's so atmospheric that it sets the background to the story. The orchestra murmurs comment, and screams in frustration, suggesting the unseen voices of people whom Valmont and Merteuil block out of their consciences. Quartett is much more sophisticated and satisfying than much of what the
London Sinfonietta has been doing in recent years.

Gradually Valmont and Merteuil  get deeper into the wider implications of what they have done.  Valmont and Merteuil  think of Cécile, the young virgin straight from convent whom Valmont seduced, and ruminate on the idea of sin and the church, They ponder the irony that the parts they pollute once gave them life.  Do they find wisdom ?  In the book, Valmont is thrown off his scams because he developed genuine feelings for Tourvel. Merteuil had to acknledge that she had feelings for him under her tough exterior. Perhaps, as Valmont sings, they'll get together in hell. Thus he willingly drinks poison, while Mereteuil looks on, waiting.

Also read Leila Josefowicz, on Francesconi's Duende, which was commissioned for her. She did the world premiere in February. Apparently, she is pregnant and has had to cancel engagements until November. For contractual reasons no other soloist can do the piece, so the BBC has had to rustle up a replacementwork for Prom 28, so the announcement was made only last week.