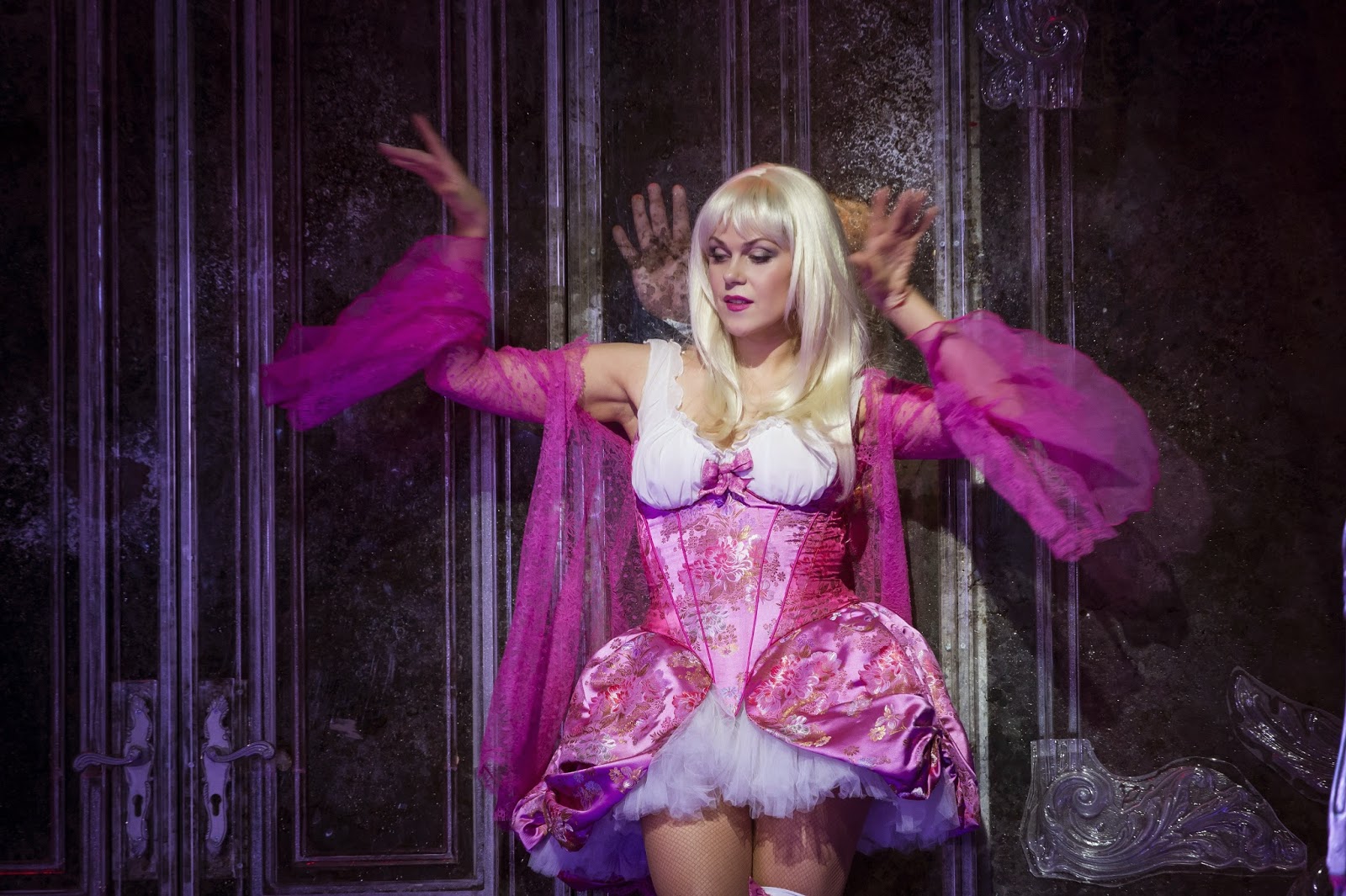 Manon Lescaut at the Royal Opera House, London, brings out the humanity which lies beneath Puccini's music. The composer was drawn to what we'd now called "outsiders. In Manon Lescaut, Puccini describes his anti-heroine with unsentimental honesty. His lush harmonies describe the way she abandons herself to luxury, but he doesn't lose sight of the moral toughness at the heart of Abbé Prévost's story, Manon is sensual but, like her brother, fatally obssessed with material things. Only when she has lost everything else does she find true value in love.

When Antonio Pappano is fired with the passion he feels for this music, few other conductors even come close. He' was phenomenal. He took risks with depth and colour, which pay off magnificently. He wasn't afraid of the way the music at times veers towards extremes of vulgarity, expressing the greed and nastiness of nearly every character in the plot.  In this score, there's no room for polite timidity. Themes of  freedom occur throughout this opera, which Pappano delineates with great verve. Yet there's discipline in Pappano's conducting. His firm, unsentimantal mastery keeps the orchestral playing tight. Manon may lose control of her life, but Pappano keeps firm a moral compass. In the Intermezzo, this tension between escape and entrapment was particularly vivid. No need for staging. Instead, Puccini's quotation from Prévost's text was projected, austerely, onto the curtain.

Kristine Opolais created a Manon that will define her career for years to come, and become a benchmark against which future Manon will be compared. Her voice has a lucid sweetness that expresses Manon's beauty, but her technique is so solid that she can also suggest the ruthlessness so fundamental to the role. The Act Two passages she sings cover a huge range of emotions, which Opolais defines with absolute clarity. In every nuance, Opolais makes us feel what Manon might feel, so intimately that one almost feels as if we were intruding on Manon's emotional privacy. It's not "easy listening" but exceptionally poignant. 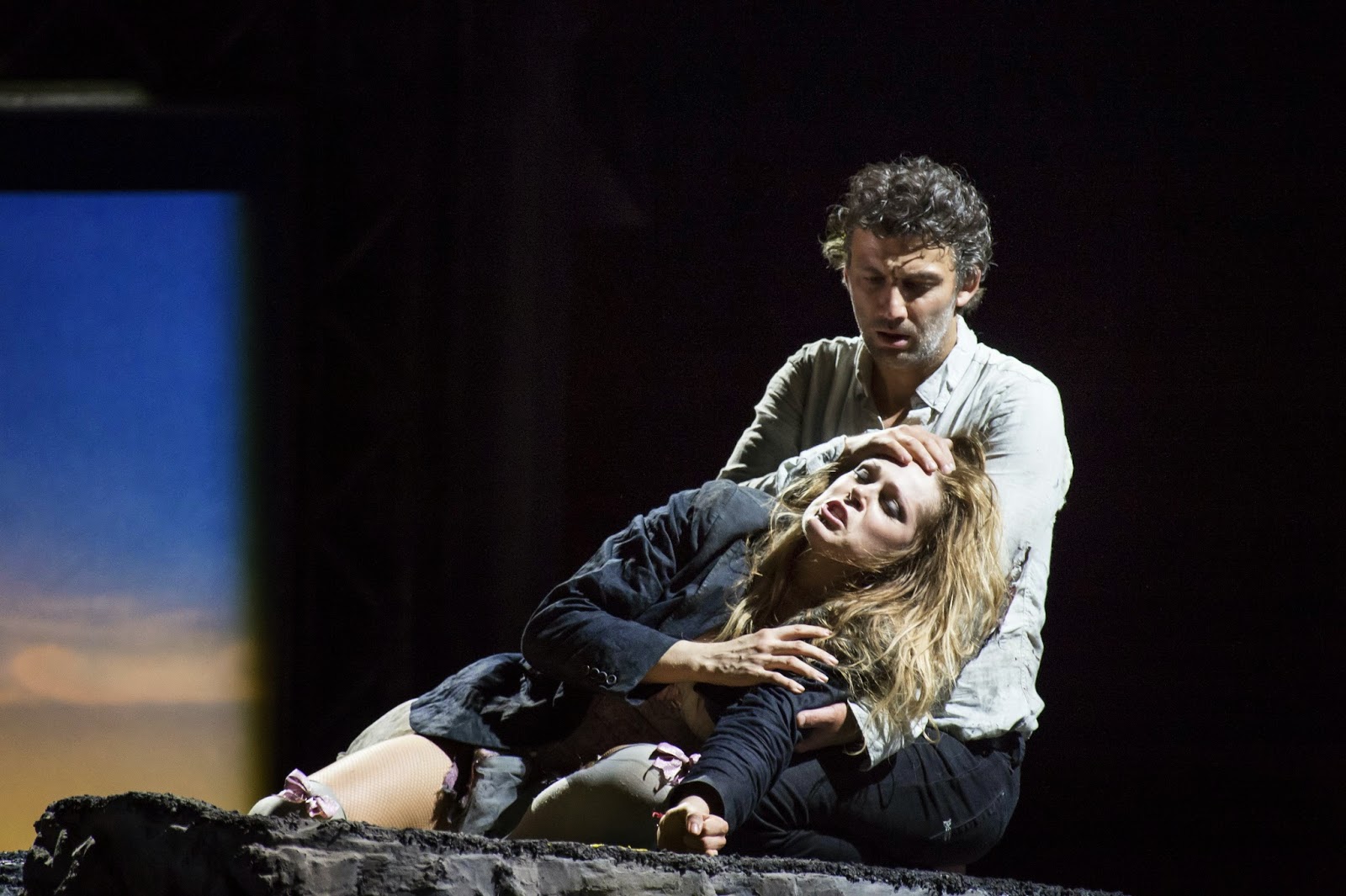 In the final scene, Puccini specifies darkness and cold, undulating terrain and a bleak horizon. There are no deserts around New Orleans, which is on a delta.  Opolais lies, literally "at the end of the road", suspended in mid-air devoid of every comfort. Then Opolais sings, transforming Manon from a dying wretch in a dirty dress through the sheer beauty and dignity of her singing. "Sei tu, sei tu che piangi?", she started, building up to the haunted "Sola, perduta, abbandonata, in landa desolata. Orror!"". The glory of Opolais's singing seemed to make Manon shine from within, as if she had at last found the true light of love. I was so moved I was shaking. Anyone who couldn't be touched by this scene and by Opolais must have concrete in their arteries, instead of blood.

Opolais and Jonas Kaufmann are so ideally cast. Their presence might push up the cost of tickets, but think in terms of investment. These performances will be talked about for decades to come. Kaufmann's deliciously dark-hued timbre makes him a perfect Italianate hero.  On the first night, in the First Act, some minor tightness in  his voice dulled his singing somewhat, but he's absolutely worth listening to even when he's not in top form. In the love duets, his interaction with Opolais was so good one could forgive him anything. By the crucially important last scene, his voice was ringing out true and clean again - a heroic act of artistry much appreciated by those who value singing. He'll get better as the run progresses.

Manon Lescaut is very much an ensemble piece although the two principals attract most attention. Christopher Maltman sang Lescaut, Manon's corrupt brother. Lescaut is low down and dirty, a calculating chancer with no scruples who'll gladly set upon his friends if it suits him. Maltman's gutsy energy infused his singing with earthy brio, completely in character. Maurizio Muraro sang an unusually well-defined Geronte, who exudes slime and malevolent power. How that voice spits menace!

The lesser parts were also extremely well delivered. The Sergeant is a more significant role than many assume it to be. Jihoon Kim sang it with more personality than it usually gets. he makes the role feel like a Geronte who hasn't made enough money to kick people around, but would if he could. Significantly Puccini places the part in context of the female prisoners who are Manon manquées.Benjamin Hulett sang Edmondo, Nigel Cliffe the Innkeeper, Nadezhda Karyazina the Musician, Robert Burt the Dance master, Luis Gomes the lamplighter and Jeremy White the Naval Captain. Good work all round. Although attention focuses on overall staging, the director's input in defining roles should never be underestimated. Jonathan Kent's Personenregie was exceptionally accurate.

This production attracted controversy even before the performances began.  However, it is in fact remarkably close to Puccini's fundamental vision. Those who hate "modern" on principle often do so without context or understanding. So what if the coach at Amiens is a car? How else do rich people travel? So what if Manon wears pink? Puccini's Manon Lescaut hasn't been seen at the Royal Opera House for 30 years, but Massenet's Manon is regularly revived. So Londoners are  more familiar with Manon than with Manon Lescaut. Yet the two operas are radically different. Mix them up and you've got problems.  In Massenet, Manon and Des Grieux have a love nest in a garret. But Puccini goes straight past to Geronte's mansion and to the sordid business of sex and money.All the more respect to Puccini's prescience. Anyone who is shocked by the this production needs to go to the score and read it carefully. 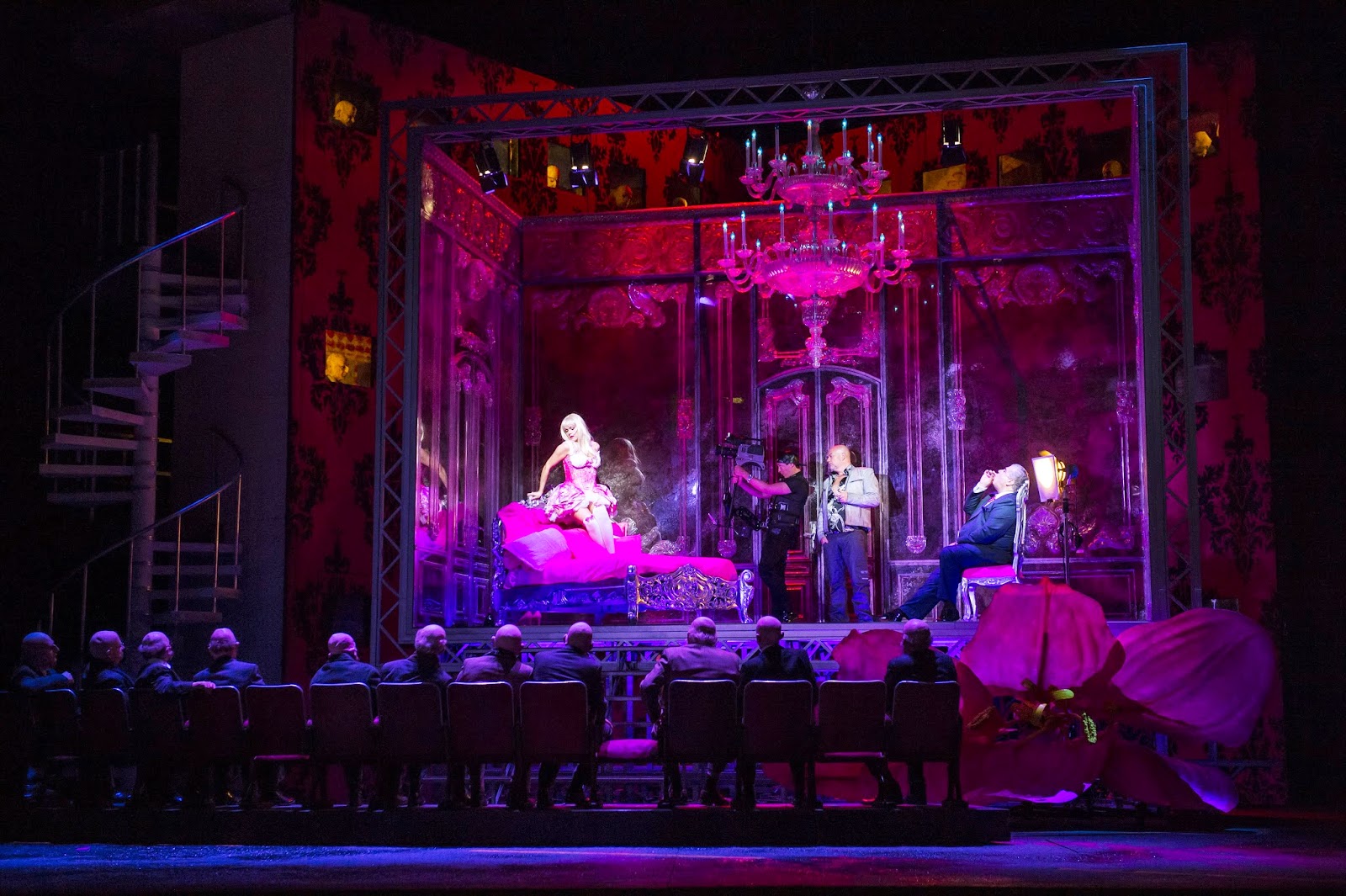 Geronte thinks he's an artist. Because he thinks he owns Manon – so he uses her as a canvas to act out his fantasies. Jonathan Kent isn't making this up. Read the score. One minute Manon is in her boudoir, putting on makeup, talking to her brother. Next minute, musicians pour in and the have to be shooed out. Then  "Geronte fa cenno agli amici di tirarsi in disparte e di sedersi. Durante il ballo alcuni servi girano portando cioccolata e rinfreschi." ( Geronte beckons to friends to stand on the sidelines and sit. During the dance some servos are bringing chocolate and refreshments). The guests know that Manon sleeps with Geronte. They have come in order to be titillated.  It's not the dancing they've come to admire. They're pervs. Geronte is showing off, letting his pals know what a catch Manon is. Hence the dancing: a physical activity that predicates on the body and the poses a body can be forced into "Tutta la vostra personcina,or s'avanzi! Cosi!... lo vi scongiuro" sings the Dancing master. But he has no illusions. "...a tempo!", he sings, pointing out quite explicitly that her talents do not include dance. "Dancing is a serious matter!" he says, in exasperation. But the audience don't care about dancing. They've come to gape at Manon. There's nothing romantic in this. Geronte is a creep who exploits women. It's an 18th century live sex show. Geronte's parading his pet animal.

So Manon concurs? So many vulnerable women get caught up in the sick game, for whatever reason. The love scene that follows, between Opolais and Kaufmann, is all the morer magical because we've seen the brutality Manon endured to win her jewels.  Perhaps we also feel (at least I did) some sympathy for Manon's materialistic little soul. She knows that money buys a kind of freedom.When news of Mark Anthony Turnage's commission for Anna Nicole first emerged, some were surprised. Others said "Manon Lescaut". The story, unfortunately, is universal..At first I couldn't understand what the film crew and lighting booms meant but I think they suggest the way every society exploits women and treats them as objects for gratification. Later, the lighting booms close down like prison bars. Some of the women being transported are hard cases but others are women who've fallen into bad situations, but are equally condemned.  Far from being sexist, this production addresses something universal and very present about society.  I'm still not sure about the giant billboard "Naiveté" but there is no law that says we have to get every detail at once. Perhaps Kent is connecting to  advertising images and popular media, which is fair enough.

People  wail about "trusting the composer". But it is they who don't trust the composer. Any decent opera can inspire so much in so many. No-one owns the copyright on interpretation. But the booing mob don't permit anyone else to have an opinion and insist on forcing their own on others who might be trying to engage more deeply. It's time, I think, to call the bluff on booers. They don't actually care about opera. Like Geronte, they're into control, not art..