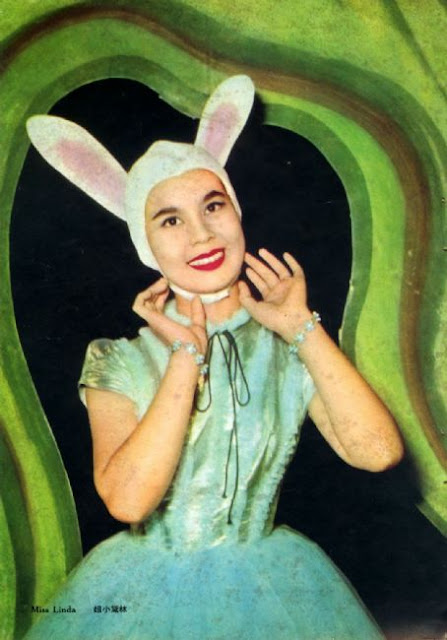 Lin Dai was loved because she was much more than an actress. She was a symbol of the hopes of her era. When she died, it was as though those dreams were shattered. Lin Dai's father was a powerful politician in Guangxi, a province with a tradition of fiercely independent reformist leaders. A very few year later, the demographic upheaval reversed, and millions fled the Communists.  Everyone was a refugee of some kind. A whole nation with subliminal psychic trauma. In the west, it's hard for people to understand.  Hong Kong boomed, thanks to the influx of people, money and expertise from the North, transforming the city from quiet bywater to metropolis.  Chinese cinema boomed, too, serving the worldwide diaspora. Lin Dai was an icon of the optimism of the time - progressive thinking, despite on-going struggle.  She was a "modern girl" but even more so, a girl whose freshness and innocence symbolized something even more eternal.  So when she died, aged only 29, it was as if the lights went out all over  the world.  Please read my piece Lin Dai Remembered here and also numerous other articles on Chinese cinema, culture, history etc.