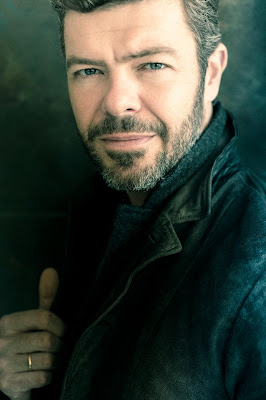 Pablo Heras-Casado conducts the Orchestre de Paris, the choir of the Orchestre de Paris and the orchestra of the Conservatoire de Paris, in Hector Berlioz Requiem (Grand Messe des Morts) (streamed here on arte.tv) together with Witold Lutosławski Musique funèbre à la mémoire de Béla Bartók.  Heras-Casado is fast becoming the kind of conductor who doesn't just conduct extremely well, but also finds distinctive insights into the music he conducts. He did a superlative recent Manuel de Falla CD with the Mahler Chamber Orchestra, for example, which applies that orchestra's virtuosity to de Falla, bringing out the verve and audacity that animates the music. Flamenco isn't soft or wimpy - its very discipline makes it electrifying.   Now we can hear why Harmonia Mundi only issued Granados Goyescas and not El amor brujo from the recent Josep Pons BBC SO concert. Many years ago, when Heras-Casado was very young, he appeared in one of Boulez's masterclass videos.  We can't judge from short clips, but evidently Boulez. who heard a lot more,  appreciated him. Boulez was right !

Combining Berlioz and Witold Lutosławski on this programme from the Philharmonie de Paris emphasized how innovative Berlioz was in his own time.  By no means is the Lutoslawski an add-on. It enhances the Berlioz Requiem, not that it needs enhancing, but adds to the overall impact of the experience.  There has been a lot of excellent Berlioz this year, and several Berlioz Requiems this year, some very good, some less so.  But Heras-Casado stands out. Again, Heras-Casado works with the strengths of the orchestra and choruses, adapting the clarity and commitment of the style. A lucid interpretation, shining with intelligence. Berlioz was flamboyant,  but beneath that, his mind was sharp and highly original.  After the refined Introit, the Dies Irae emerged with dark, ominous majesty. Tight, precise rhythms, underlining the tense pitting of one choral section against the other, creating a sense of division and anxiety. Thus the explosive release in the fanfare where the combined chorus blazed, underpinned by rumbling brass and percussion, evoking thunder, voices rising like the spirits of the dead. With dignity, for the dead will not go unvanquished.  Plaintive single instruments like cor, and the tenderness of the Lachrymosa.  Our sympathy is with humble human souls, now lost to death, the rising brass and percussion underlining depth of feeling.

The Domine and the Hostias mark a transition, like an Offertory in a Mass, when the host is consecrated, bringing God into the community, reminding believers why Jesus sacrificed for man.  The soloist is Frédéric Antoun, who's very impressive. A pity that Berlioz didn't give the tenor more to do, but the part, though relatively small, is critical : Antoun's voice rings out powerfully, above the hushed chorus, his timbre shining, as if surrounded by light.  On the video, Antoun is shown spotlit, standing alone, above the orchestra and choirs.  Now the Requiem enters its destination:  glorious Hosana, in excelcis, the chorus interacting like the pealing of bells, Antoun's voice ringing divinely. "Behold the Lamb of God", that's what the Agnus Dei means. Thus the hushed reverence in the choruses and the long, clear chords in the orchestra, with baleful undertones, penerating into the distance. Berlioz may not have been devout, but he knew that religion can be a form of theatre.  The conclusion isn't triumphalist, but comtemplative, like a reflection upon the miracle that has occured.  Heras-Casado's approach is deeply committed, strong minded and assured : very much cognizant of what a Grand Messe des Morts should be.
at November 02, 2019