Into the soul of Erich Korngold 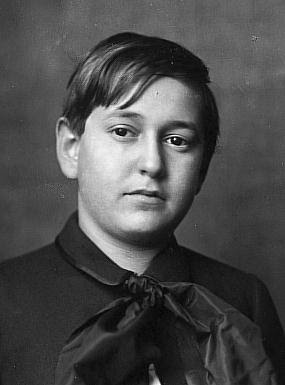 Who really was Erich Korngold? We know the facts of his life and lists of his opus numbers, but who was the man, what made him tick? I’ve never swallowed the “more Korn than Gold” epithet. He was no fool, but genuinely talented, and smart enough to know what was going on around him.

As a young man he had everything going for him. Music flowed out of him as easily as from a young Mozart. Like Mozart, he had a powerful and pushy father whose contacts could have advanced anyone’s career. was thriving, culturally. It must have been exciting to be where so much was going on, in so many different circles.

This is certainly not to suggest that Korngold “should” have taken on new developments. He moved in much fancier circles than the Schoenberg set and probably wouldn’t have given them much time, even though he worked with Zemlinsky, who obviously knew all about them. But Schoenberg wasn’t the only modernity in town – even Zemlinsky moved ahead: His Lyric Symphony is strikingly “modern” in its own way. Nobody is going to do "new" the same: music doesn’t work in neat little boxes. The current fashion for dividing music into tonal and atonal is schoolboy shallowness.

So there’s young Korngold born with a silver spoon in his mouth and everything going for him. Listen to the first two String Quartets and dream of what might have been. Die tote Stadt, for all its high Romantic lushness, has a lot more going for it than the sometimes ultra suss treatments it gets. With Ingo Metzmacher, a specialist in the avant garde, we should hear a much more incisive approach. But if Die tote Stadt is such a masterpiece, where does it lead ? Korngold was only 22, 23 when he wrote it. It was an instant success, so the pressure to top it must have been intense. Hence, perhaps Das Wunder der Heliane, which received a drubbing last year even with a sympathetic audience and Jurowski conducting. So how did young Korngold respond to the pressure ? It can’t have been easy for a gifted young man used to having things go smoothly.

Lots of child prodigies don’t go on to be Mozart. There’s nothing to be ashamed of about that. What is interesting, to me anyway, is to try to understand the way things happen and how people develop inside. Having a father like Julius might have been an advantage but it was also inhibiting. The old man wanted things his way and couldn’t deal with Erich marrying a woman who most parents would have been delighted with.

Then there’s Erich’s personality, harmonious, accommodating, none of the obsession that seems to drive some composers. The reason I’ve been doing so much on la-Morte is that it may reveal something about Erich and Julius by default. Obviously composers completely change their sources. An opera is a whole new work. But the differences are telling. In the novel, Hugues is totally dominated by the memory of his dead wife, who exerts a vampire-like paralysis on his life. Hugues is a creepy loner, living in an emotional desert unpopulated by anyone other than his servant, who leaves him. He doesn’t touch Jane but keeps her like a statue, like the piece of his wife’s hair, in a glass box never to be touched. In the opera, Paul is a reasonably sane fellow who has friends and real life relationships and isn’t nearly so screwed up by religion. In the novel, Hugues kills Jane and goes mad, repeating mechanically “Morte, la morte”. In the opera, it’s all just a dream. If most of us dreamed of killing a friend, we’d worry. Not Paul, who simply goes on to a new life.Also significant is that Erich and Julius concealed their joint authorship of the libretto for many years. A shrink might think, what's going on?

A few years ago, the late Stuart Feder wrote an excellent analytical biography of Charles Ives, examining his relationship with his father and the effect on his creative work. Feder was a child psychologist as well as a musician, so his book is full of perceptive insights, much too detailed to go into here. Interestingly, when Charles retired, as a millionaire, having achieved what his father's family wanted of him, he stopped writing music. Like Sibelius, something held him back just when he seemed to find good conditions in which to work. It’s not enough to blame Ives’s late career on depression, or the Silence of Järvenpää on alcohol. Similarly. it's not enough to "explain" Korngold by simply saying that fashions in music had changed.

Korngold’s facility came easily and he was no fool. Perhaps his real achievement isn’t so called “serious” music but in another genre. There still is far too much prejudice about film music. Not long ago a major newspaper ran an article which baldly stated that any composer who wrote for film should not be taken seriously. Evidently written by someone who’d never heard of Britten, Prokofiev, or many others. This attitude hinders a more enlightened appreciation of Korngold’s achievements.

Only a few years before Korngold went to , all films were silent. Music for film was an entirely new genre, cutting-edge modernity in its own way. It was different because music could no longer be through-composed, but instead had to be written in conjunction with film. Sort of "extreme opera". Had Johann Strauss or, for that matter, Wagner, lived into the movie era, they'd have had a ball. Movie music was created to pull heartstrings, not for intellectual analysis, so judging it in the same terms as ordinary music doesn't work. Indeed, it's almost a reversion to the pre 19th century approach to music, that it should be either religious or entertainment, not "high art".
was a lot like the old image of , only much richer, much brasher, much more opulent. So Hollywood composers, most of whom had known the old world, felt quite at home despite the sunshine and strange customs. In many ways, Hollywood carried on the Vienna image when it died in war-torn Europe. Even Hanns Eisler, surly old communist that he was, wrote music that won Oscar nominations. So maybe Korngold found his voice in a medium other than what his father dominated. There’s a lot about Korngold and about modern music we haven’t yet thought about.
at January 24, 2009