Proms 46 and 48 with the BBC Scottish Symphony Orchestra making their welcome annual visit to the Royal Albert Hall, London. Since the BBC SSO is second only to the BBC Symphony Orchestra in the BBC stable of orchestras, these Proms were special occasions.  This year, they played  not with their usual Chief but with Ilan Volkov, Principal Guest Conductor, and Matthias Pintscher, Artist-in-Association.  Those familiar with these conductors would be on alert, since Volkov and Pintscher are both leading specialists in contemporary music. Hence the unusual programmes:  Grisey with Mahler and Mozart; Pintscher and Mendelssohn. 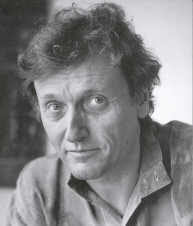 Dérives began with long, searching planes, tiny incidents in the background gradually coming into prominence. This sense of inner stillness operates on your mind much in the way that deep meditation releases you from the detritus of noise that passes for much of life. Gradually a rocking rhythm emerges, intercepted by a crashing sound, not sufficient to disrupt the calm equilibrium.  More  extended chords, so rarified they seem to flow into each other like liquids,  interjecting chords adding spiky definition.  The pace picks up suddenly, whips of angular sound,  then darker longer chords but the crystalline serenity continues, as if the orchestra were creating an invisible being levitating itself above the stage.  It is less complex than Les espaces acoustiques, written soon after, but the germ of the idea is already present. Wonderfully restrained, glistening playing The BBCSSO are second only to the BBC SO, but they're unique in smaller-scale, intense and esoteric works like this. I wish they'd do more.  Pity the Proms don't do justice to really fine music like this, but at least they bring Grisey to the attention of a mass audience.

While this performance of Mahler's Rückert-Lieder was more routine than rewarding, it concluded with Ich bin der Welt abhanden gekommen, linking to Grisey's luminous Dérives.  Haunted still by thoughts of Grisey, I could not help feeling a frisson. Grisey's final masterpiece,  Quatre chants for fraîchir la seule  deals with a similar kind of ethereal transcendance.  The soloist was Tanja Ariane Baumgartner, whom I've heard only once before, she's quite young.

Volkov and the BBC SSO concluded with Mozart's Mass in C minor, or rather a new completion thereof.  It's Mass-lite, breezy and youthful.  Baumgartner was joined by Louise Alder, Carolyn Sampson, Benjamin Hulett, Matthew Rose and the BBC Symphony Chorus.