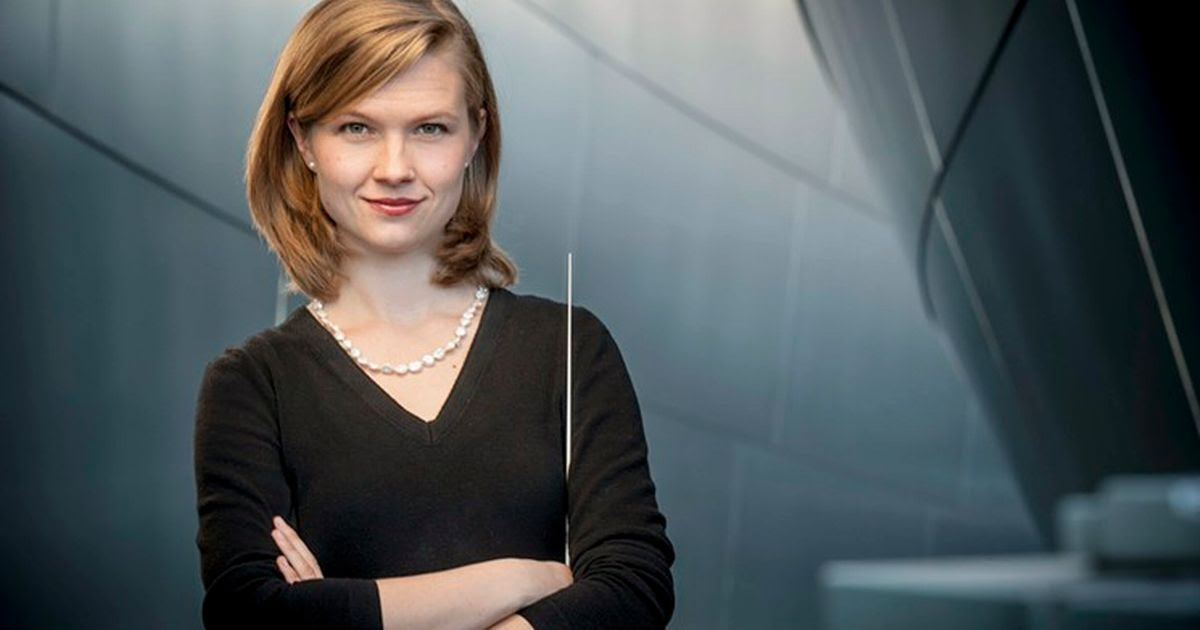 Mirga Gražinytė-Tyla and the City of Birmingham Symphony Orchestra  in a truly sensational Prom 55 at the Royal Albert Hall, an occasion which those of us lucky enough to have been there will not forget. The CBSO is unique. Its members have an uncanny knack for picking relatively unknown conductors and growing with them.  They picked Simon Rattle as Music Director when he was 25, Sakari Oramo at 31, Andris Nelsons at age 30, and now Mirga Gražinytė-Tyla, also 30.  This symbiotic relationship between orchestra and conductors makes the CBSO what it is: a very different dynamic from the usual way orchestras are run.  In each case the orchestra shaped the conductor as much as the conductor shaped the orchestra.  This close relationship - like family, some say - is fundamental to understanding the orchestra and, indeed, its conductors, who carry the CBSO imprint with them just as much as the orchestra developed duringn their stewardship. The CBSO is easily one of the Big Five in British music, and absolutely world class.  Mirga Gražinytė-Tyla has a lot to live up to, but from this Prom, it's clear that she has what it takes. 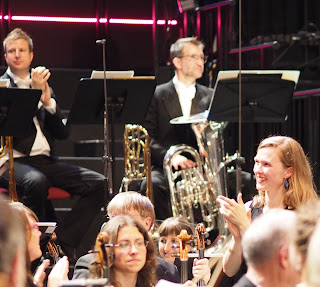 Just as Rattle, Oramo and Nelsons are utterly individual and distinctive, Mirga Gražinytė-Tyla is very much her own person. She's so petite that the official BBC photographer had a hard time getting her in the frame, dwarfed as she was by all around her. But, as so often, looks mislead. Gražinytė-Tyla is an unusually athletic conductor, her face as animated as her body, yet every movement she makes is purposeful.  Her tiny hands flutter but communicate with such authority that the whole orchestra seems transfixed.  Excellence at the level the CBSO has reached doesn't come about by accident.  Good music deserves nothing less.

The Overture to Mozart's The Magic Flute sparkled: clean, shining brass, vivacious winds, strings whizzing along with manic brio. So expressive that the spirit of the opera - and its composer - seemed to materialize. Magical, yes, but also with diabolic fervour.  In the opera, Tamino is tested. Sarastro  is no cuddly father figure.  Thus the discipline in the CBSO's playing underlined the moral resolve that lies at the heart of the Singspiele, which is by no means a pretty bit of fluff.  Being a Freemason in Mozart's time was secretive and rather sinister. Gražinytė-Tyla's background lies in vocal music. Like Nelsons, she could achieve great things if she did opera.  To my delight, she announced plans on the radio rebroadcast for a concert performance of Mozart Idomeneo in a future CBSO season.

Hans Abrahamsen's Let Me Tell You was commissioned for Barbara Hannigan, who has performed the piece many times since its 2013 premiere with Andris Nelsons and the Berlin Philharmonic Orchestra. It's had so much exposure that it's become a celebrity star turn, which distracts from its considerable musical qualities.  Abrahamsen's greatest popular hit is ironically, a bit of an anomaly.  At roughly 35 minutes, it's longer  than all the vocal music put together that Abrahamsen has written in his long and productive career.  The words are those of  Shakespeare's Ophelia, who was torn between her love for Hamlet and her grief at the death of her father. As she sings, she falls into a brook and drowns.  Thus the long, limpid lines that suggest flowing liquids,  circular figures that suggest the vortex that will drag Ophelia to the depths   The ethereal qualities of Hannigan's voice give her singing an unworldly strangeness that is at once crystal clear and elusively opaque.   The voice is  disembodied, like the wind and brass instruments that form the core oif the piece. If Hannigan were an instrument she'd do circular breathing.  Sudden flights upward and turns of pitch. Syllables fragment and reform, like droplets of water reflected in light - wonderfully delicate textures created by harp, celeste, and percussion with tubular bells and tiny wooden objects scraped and beaten, making sounds like grasses blowing in the wind. Sounds of nature, too subtle and too elusive to identify.

Let Me Tell You is in many ways not a song sequence at all but another of Abrahamsen's intensely detailed soundscapes like Wald and Schnee.  "Music is pictures of music", Abrahamsen once said. "That is a strong underlying element in my world of ideas when I compose - as is the fictional aspect that one moves around in an imaginary space of music. What one hears is pictures - basically, music is already there."   In Let Me Tell You, Abrahamsen collaborated with Paul Griffiths, the author and music historian, whose books on modern music are still, after 30 years, still the best informed. In comparison, The Rest is Noise is Reader's Digest. For me, Abrahamsen's music is magical and full of wonder. The CBSO has a thing for Abrahamsen, too. Earlier this year, Ilan Volkov conducted Abrahamsen's  Left, alone. (read more here)

Gražinytė-Tyla and the CBSO concluded with Tchaikovsky Symphony No 4 in F minor. Everyone knows that, or thinks they do, which is why it's important to always keep listening.  The mark of a good conductor is whether he or she cares enough about the music to find something special about it. Routine performances can be the death of art. Tchaikovsky's Fourth is a highly dramatic work, almost schizoid in its juxtaposition of sweet lyricism and heartbreaking crescendi.  This was an exciting performance, but exciting because it blazed with the excitement that comes from excellence. I used to hang out with theoretical physicists who could wax ecstatic about elegant theorems.   There are many different ways of feeling emotion. I was thrilled by this performance, bursting as it was with vivacious joy and energy, all the more exciting because it was executed with such natural poise.