Mahler 8s I have known and loved 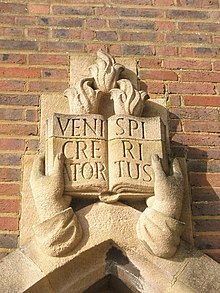 Vladimir Jurowski conducts Mahler Symphony no 8 with the LPO at the Royal Festival Hall.  READ MY REVIEW HERE.  Time to reflect on M8's past!  Organizing the logistics of performance are daunting, so Mahler 8s don't come along as often as other symphonies, but live M8s are by no means rare. Indeed  there was a Mahler 8 at the Royal Festival Hall only two years ago, with Esa-Pekka Salonen conducting the Philharmonia.  For some reason that concert wasn't as heavily promoted as the Jurowski concert has been this time round.  "South Bank Mahler" is a strange beast, conjured up by hype and the South Bank management's downgrading of serious music - even their website's a nightmare to navigate.  That might fit in with the dumbing down of government arts policy, but it isn't necessarily a good thing, because it creates false expectations.

Mahler's 8th has been cursed from birth by false assumptions that it should be a "Symphony of a Thousand", that quantity is better than quality, that volume matters more than art.  In any case, the Royal Festival Hall couldn't physically accommodate 1000 musicians or everyone's hearing would be damaged. .

Twice, I've heard Mahler Symphony no 8 live at the Royal Albert Hall which is big enough, but the results haven't been worth the effort. Once I heard it live in a sports stadium in Paris which seats 8000 (see more here). That, surprisingly, was a good experience because the crowd was relaxed, having a good time. No illusions about music as status symbol!  The whole thing was being filmed, and there were screens round the stadium so people could see the musicians close up.  They were having a whale of  time, too.  The sound was amplified, but properly done, so the music wasn't lost. That concert was a one-off, never to be repeated extravaganza.  Extremely enjoyable, because the atmosphere was so cheerful. Later, when I heard the tapes and saw the film, they proved that it wasn't a bad musical experience, either

Two years ago, Esa-Pekka Salonen and the Philharmonia did M8 in the RFH. I wasn't convinced that some in the audience were really listening since there were problems with one of the choirs and some of the soloists. What a relief it was when Salonen and the Philharmonia got to the long, hushed section at the beginning of the Second Part!  Holding the vast forces of M8 together is a challenge. Twice, I've heard performances go awry because the choirs came apart. Once, the First Violin saved the day, leading the orchestra while the conductor (Daniele Gatti) brought the choirs back in line.  Even Bernard Haitink had problems, in the notorious performance where Dame Gywneth Jones's voice cracked and then went progressively into meltdown. No one's fault! Jones was the diva of her day, and very, very good.  She struggled on until the end and probably has never lived that down.

I've also been to a M8 where the choirs were astonishingly good, compensating for a non-idiomatic orchestra (oddly, the same band that did so well for Salonen). That was at the Three Choirs Festival last year in Gloucester Cathedral. The choirs at Three Choirs are a phenomenom, arguably the best large-scale choral ensemble in the world. They sing together, and in their own Cathedrals all year round, and inherit a tradition of excellence that goes back 300 years. No way is there any comparison with other choirs, no matter how good.  That M8 was truly memorable. Read more about it HERE.

Another interesting thing about Mahler 8 is that it is not operatic, though it employs multiple voices.  The various "names" don't sing "parts" or really interact. Mahler, and Goethe before him, were inspired by medieval paintings where modern perspective doesn't apply. Exquisitely detailed figures stand proud of one-dimensional landscapes. They don't interact, like roles in an opera. Mahler's Eight is a symphony, employing voices to extend the instrumental palette.  The structure is bizarre, but that, too, reflects the idea of unworldly non-realism.

Good music should stretch the soul, always opening out new possibilities. Otherwise why listen?  Even when you're listening to a recording, when the sound is fixed, you yourself are different to what you were the last time you heard it.  Revelatory isn't a word to be used lightly, but the two most revelatory performances  I've ever heard expanded my understanding of the music, the composer and of myself.  Of all the many M8s Ive heard, these two stand out. Both are game changers, so might come as a shock to anyone who thinks they know everything there is to know. But these two are immensely rewarding, for they engage with the spirit of creative illumination that runs so powerfully through this symphony. Light, illumination, the coming down of divine wisdom through creative growth.

Pierre Boulez, with the Staatskapelle Berlin at the Philharmonie, Berlin. Prof Henry-Louis de La Grange was in the audience, and wrote the notes to the recording, made a few days later at the Marienkirche.  Read more about that performance HERE.

Riccardo Chailly, with the Lucerne Festival Orchestra.  The M8 that Claudio Abbado never got to conduct. The more I listened to it, it felt like a mystical experience of great emotional depth.  Truly in line with the "Poetic thoughts" which Mahler was referring to.  Read more about that performance HERE.