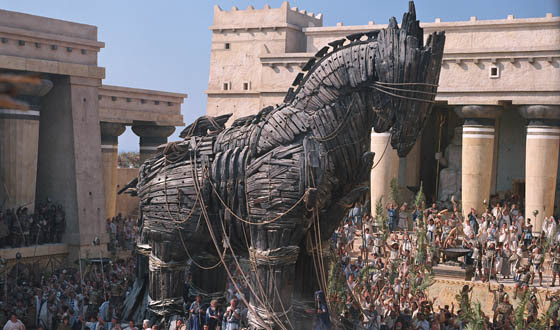 What's really going on behind the scenes at BBC Radio 3 and at the Proms?  Before cheering the end of TV-themed Proms like DrWho, Cbeebies etc etc, let's look analytically behind the maudlin platitudes. So Alan Davey, head of BBC R3, has finally twigged that "new" audiences aren't necessarily Proms audiences?  What a revelation!  The "theory: that you get people into the Albert Hall and they see what it’s like and that it’s actually quite nice, and they come back for something else.” is mumbo jumbo mantra,  mindlessly repeated to numb dumb minds.

Since people go to the Royal Albert Hall all year round, for all kinds of events, why should they be afraid of the building?  That's supposition without substance.  It's not houses that scare the punters but perceptions based on falsehood, like "elitism" which the nonsense mantra stupidly reinforces.  The success of Proms in the Park should be evidence that people can have a good time with classical music, of a sort, whatever the situation, without downgrading core product?

Given that classical music can be accessed in more ways now than ever before, why should physical attendance be a prerequisite? Didn't someone at the BBC realize that they broadcast worldwide and online, or don't they tell each other ?  That is the "new" audience for classical music, potentially greater than ever before. But policymakers are trapped in the Stone Age of "bums on seats".  The government, and Arts Council England, are straitjacketed into geographical, small-scale thinking that bears little relation to reality.  All over Europe, orchestras, opera houses and concert promoters are wise to the fact that technology reaches bigger potential audiences. And audiences who have more choice are more sophisticated, less easily fooled by gimmick marketing. The way ahead is not dumb down but smart-up.  That's why top-quality new concert halls have been opened in centres of excellence like Paris and Berlin: the Philharmonie de Paris, the Pierre Boulez Saal in Berlin,  and La Seine Musicale.  Even Hamburg, a little off  the beaten track, has raised its game with the Elbphilharmonie.  Some may gloat that we don't need a world-class concert hall in the UK. But culture is global industry: being Luddite is Little Britain blindness.

And why pick on the Dr Who and CBeebies Proms, which were so successful they sold out fast, providing income for other things?  Those were fun and surprisingly high quality, like the Science Prom a few years back. Nothing wrong with a populist tag, as long as the music is well chosen and well performed.  And that's where the new announcement shows its flaws.  Does someone, somewhere, like trash as long as it doesn't promote the BBC?

There arre plenty of non-BBC brand gimmicks this season.  A lot of Proms , even those with mainstream classical music, seem aimed at audiences who don't care much about music, and are easily fobbed off by big names and safe repertoire.  John Wilson, light music, film music, are all OK in small doses,  but not elevated to canonic status.  How will the "sensory" Prom work for people with disabilities when the Royal Albert Hall itself is not at all disability-friendly. A significant part of the core audience, many of whom have  who have dedicated a lifetime to the Proms, are now excluded because basic facilities are so inadequate.   Even the website's annoying. They've even killed the composer search section in the Proms archive !

The over-riding philosophy seems to be that whoever is making policy has neither faith in the core product, serious music, nor faith in the ability of audiences to discern the difference between trash and treasure.  This is absolutely not what Sir Henry Wood stood for. But the new Regime blithely uses his name for self-promotion and flogs the anodyne Ten Pieces mentality instead. Ten Pieces was a joke once: now it's too moronic to bear.  It's a symptom of the lemming-like rush towards mindless stupidity.

The real problem lies not with the Proms and the BBC but a whole cultural dumbing down, enshrined in Government policy towards the arts and towards the BBC. I've written about this many times over the years (follow the labels below on arts policy, BBC  policy, music education, etc etc).  The Elephant in the Room ? Political agendas, not economic reality.   The arts are a big part of this country's economic success and international status.  The arts aren't cheap because excellence is always hard to attain. But everyone benefits when a nation has a thriving arts culture.  The BBC and the arts do more for British prestige and foreign policy than goonish sabre rattlers and the cultivation of dubious allies.  Mess up the arts and mess up big time.  Witness the demise of the ENO and the denigration of London as a whole.  So what is really going on?

We live in an age of Trojan Horse Policies, everywhere and in many fields. People are manipulated into "taking back control"  while handing over control to vested interests whose concerns have little to do with good governance or even public benefit.  We need to face the fact that many would be delighted to see the BBC scrapped because it competes with private interests. But if private interests are so great, why are they so afraid of competition?  The idea that culture is part of civilization prevails:  the Royal Albert Hall stands as a monument to an enlightened age where policymakers had faith in the ability of ordinary people to progress through knowledge. Unfortunately, market forces operate for the benefit of whoever profits by fair means or foul.  Market forces can be manipulated, against the wider interests of the community.  Some ideals that we cherish, like public health, education, the arts and the environment,  need communal involvement.  When  market forces become mantra,  the minority profit at the expense of the majority. Market forces are a political construct, and not necessarily good for the wider economy.
at April 25, 2017