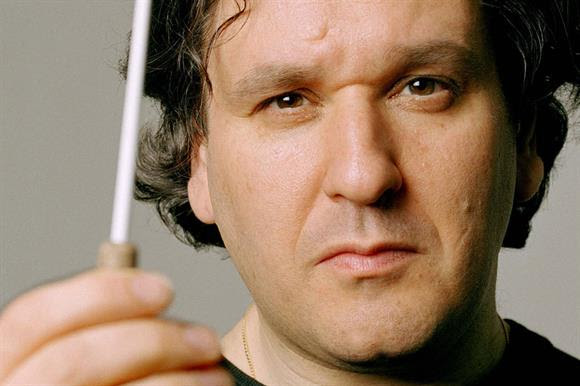 The Royal Opera House 2017/2018 season details are out, a wise blend of old and new.  It's very much a Pappano season. Some years back, Pappano was delegated repertoire which he does best, and revivals.  Now he's conducting all the prizes with little competition, save for Andris Nelsons in a new production of Lohengrin in June/July 2018.  Nelson's Lohengrin at Bayreuth was exceptionally inspired, so no way would ROH miss out on a package that includes Klaus Florian Vogt,  Kristine Opolais and Christine Goerke: a dream team.  Jakub Hrůša will be conducting a new Carmen, and Marc Minkowski, Michele Mariotti and Christian Curnyn will be conducting specialist repertoire. Placido Domingo is conducting a few performances of Tosca, but that's for the fans. The new Director of Opera, Oliver Mears, can't match Pappano's prestige and experience.  Since he's only been in the job a month, and seasons are planned years in advance, this is most certainly not "his" season.  Pappano's position at ROH is now supreme.

The new seasons starts on 11/9 with a production of La bohème in a new staging by Richard Jones with several different casts, with some very good names among them.   Megastars in the new Rossini Semiramide, 19/11 to 16/12 - Joyce DiDonato,  Ildebrando d'Arcangelo, and Daniella Barcellona.  Seriously classy! This will almost certainly sell out fast, and deservedly so.  A new Bizet Carmen, at last, and thank goodness, 6/2-16/3/18. Good casts, though the budget probably went for Barrie Kosky, whose thing for cheery surfaces makes prurience palatable to audiences who go mad when sex is taken seriously.  No chance of that in Krzysztof Warlikowski's staging of Janáček's From the House of the Dead (7-24/3/18) , with a decent cast, but a conductor whose work so far is unidiomatic whatever he conducts but who is heavily promoted by Sony.  So many strong reasons why Lohengrin (7/6 -1/718) could be the highlight of the season - brilliant cast and conductor - and a new production by David Alden.

George Benjamin's Lessons in Love and Violence receives its world premiere (10-26/5/18)  conducted by Benjamin himself. As with Written on Skin, the libretto is by Martin Crimp and the staging by Katie Mitchell. The cast includes Barbara Hannigan and Stéphane Degout.    Outside the main house, the ROH will also be  presenting the world premiere of Mark-Anthony Turnage's Coralline at the Barbican Theatre and a work so new it doesn't yet have a name, by Tansy Davies.

Kasper Holton has left the Royal Opera House at the end of his contract, but his five-year tenure has left a positive legacy. The greater emphasis on new works and new venues, for example, but also the core repertoire he directed. The vindictive hysteria of the booing mob hijacked attention, poisoning any chance of rational analysis. In the new Zeitgeist, be it politics or art, the mob knows everything and all else must be suppressed. But opera is art, and art means learning. Without learning, civilization die.s

Perhaps common sense will prevail. Damiano Michieletto's Cavalleria Rusticana and Pagliacci is back (29/11-13/1/18). Please read my review of the premiere HERE.  It's extremely good and well thought through, though the raging mob, still inflamed by seeing two seconds of tit in Guillaume Tell might have been too worked up to notice. Seeing that Cav and Pag again will be one of my priorities: highly recommended.   I also want to attend Les Vêpres siciliennes again.  Bryan Hymel! Like so much in Verdi, the plot predicates on concealment : things aren't supposed to be blatantly obvious.  Please read my review of that premiere HERE.  I'm also going to Holten's Don Giovanni (29/6-17/7/18) because it's a production that deals extremely well with the ideas of sudden change and illusion that make Mozart's opera so richly rewarding. So Holten used modern technology instead of painted flats? Someone told me he couldn't keep up with the action. Perhaps he didn't really know the opera.  Please read my review of the premiere HERE.
at April 05, 2017