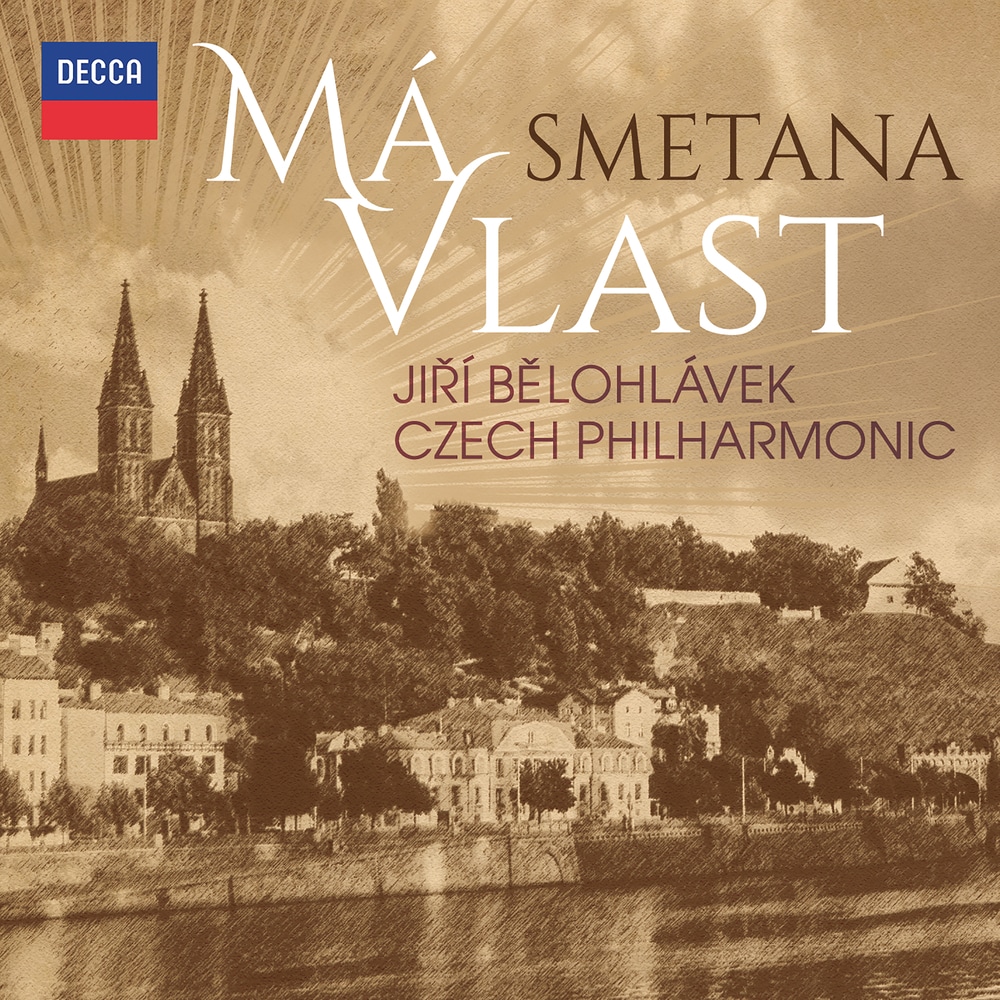 Prague Spring Festivals have always had more than musical significance, since they commemorate Czech nationhood.  In 1948, and again in 1968, they had political meaning.  Smetana's Má vlast , perhaps the most powerful expression of Czech identity in music, has opened the Festival for 65 years. Thus, when Bělohlávek conducted it in 2014, it represented much more than an opening of a new season.  Bělohlávek had returned to the Czech Philharmonic Orchestra after the years of tension when he had been forced to resign. His passionate dedication to Czech repertoire helped restore the orchestra to its glories and to reaffirm the country's unique musical character.  Thus, in honour of Bělohlávek, who died suddenly in May 2017, Decca has released that legendary performance on C D, in pristine sound quality.  Bootlegs do exist, but they don't measure up.  But this release is a major event in terms of performance. It is outstanding, powerfully played and inspired by truly intense passionate commitment.

Smetana's  Má vlast has inspired numerous good recordings, so many that comparisons would be invidious.  It is such a remarkable piece that it repays serious listening, over and over again.  Like so many before him, Bělohlávek conducted Má vlast many times during his career, but  only the Supraphon recording from 1990 has been
commercially available. This new recording outclasses that, treasured as it will remain.  But recordings are only snapshots in time, and time moves on.   This recording thus captures an important moment in Bělohlávek's fertile later career, and in the Czech Philharmonic Orchestra's heritage.

The Vlatava is landscape, yet also a metaphor for Bohemian history.  The first movement of Má vlast is titled Vyšehrad referring to the ancient castle on an outcrop on the river, reputedly the original Bohemian settlement.  On this recording, the harps are played with particular lustre, beautifully lucid yet also firm and assertive, an important detail, since they represent an ancient bard, who lives on in the spirit of music.  The settlement still exists (Smetana is buried there) but time, like the river, moves onwards. Thus the harps also suggest flowing waters. By the time we reach the second movement Vlatava, the river is in full flow, constantly refreshed from mountain sources, growing in strength and volume as they pass through the land.  Horns are heard, evoking the past, and forests, and suggestions of dance, evoking not only folk tradition but also a sense of circular, swirling movement.  Hence the liquid pace  Bělohlávek achieves, energetic but graceful, and the repeating flourishes, leading to the expansive section, then slowing down then rising again, refreshed, significantly, by the harps.

The movement Šárka is mythic and Z českých luhů a hájů (From Bohemia's Woods and Fields) descriptive, but in musical terms these serve to enrich the overall shape of the saga, much in the way that a river is fed from different streams and different sources.  Here the orchestra bristles with character. The triumphant march-like figures capture the defiant, amazon-like  spirit of the  female goddess, who will not be conquered.  Note the moaning bassoons, trombones and winds.  Bělohlávek defines the clean textures of the fourth movement with naturalness and ease, so when the horns announce the expansiveness in the middle section, the affirmation feels vigorous, but without malevolence. This prepares us for the darkness in the next movements,Tábor and Blaník.

Tábor was a Hussite fortress, under seige and eventually defeated in violent massacres.  Thus the quiet, tense introduction, developed through brass and timpani, which grows bolder as the hymn emerges.  This is the Hussite anthem Ktož jsú boží bojovníci (Ye Who Are Warriors of God).  Massive, angular chords loom upwards, suggesting danger, and determined defiance.  The rocky fastness of Vyšehrad in even more turbulent times. The Hussites may be no more, yet their spirit, like the spirit of the bard and of Šárka, remains steadfast. Bělohlávek builds up a firm structure, so the hymn theme emerges fragile but undefeated, faith representing the spirit of freedom. As the movement draws to a close, quieter chords glow, like embers in ash.  Delicious celli and strings, and a climax that's taken up, resurgent in the final movement Blaník.We still hear the rushing "footsteps" of the angular chords, but the mood here is quieter and more serene, as if something more eternal  exists half hidden from hearing.  The reference is to St Wenceslaus, patron saint of Bohemia, who lived long before the Hussites, whom legend says will return to save the nation in its hour of need.   Smetana was writing at a time when the Hapsburgs ruled: not quite as extreme a situation as 1938,1948 or 1968, but still a time of occupation.  Má vlast is inextricably linked to cultural context, but it also works in purely musical terms. As the riotous, lively finale suggests, the spirit of freedom the river and its history represent will live again, joyful and revitalized.