The Grand Siècle, London Festival of the Baroque 2018

The Treasures of the Grand Siècle come to the London Baroque Festival in May. Curated by Guest Director Sébastien Daucé, this promises to be one of the most exciting events in town this summer. Anyone aware of Daucé's Le Concert Royal de la Nuit with Ensemble Correspondances (Harmonia Mundi) will know what to expect. Le Concert Royal de la Nuit was Louis XIV's  revolutionary manifesto, announcing the dawn of an exuberant new age. It was performed only once, on 23rd February 1653, in the palace of Petit-Bourbon in Paris : an extravaganza where the star was its subject : Louis XIV, the King of France.  It ran for 13 hours solid,  from darkness to dawn, dawn being, of course the return of the sun. Thus Louis revealed himself as the Sun King, his countenance bringing light to the nation.  He appeared, in the costume pictured right,  dressed as the sun, the centre of the solar system, the bringer of light and growth. The Sun King was taking command, not only of the Court but also of France, then the most advanced and sophisticated nation in Europe. 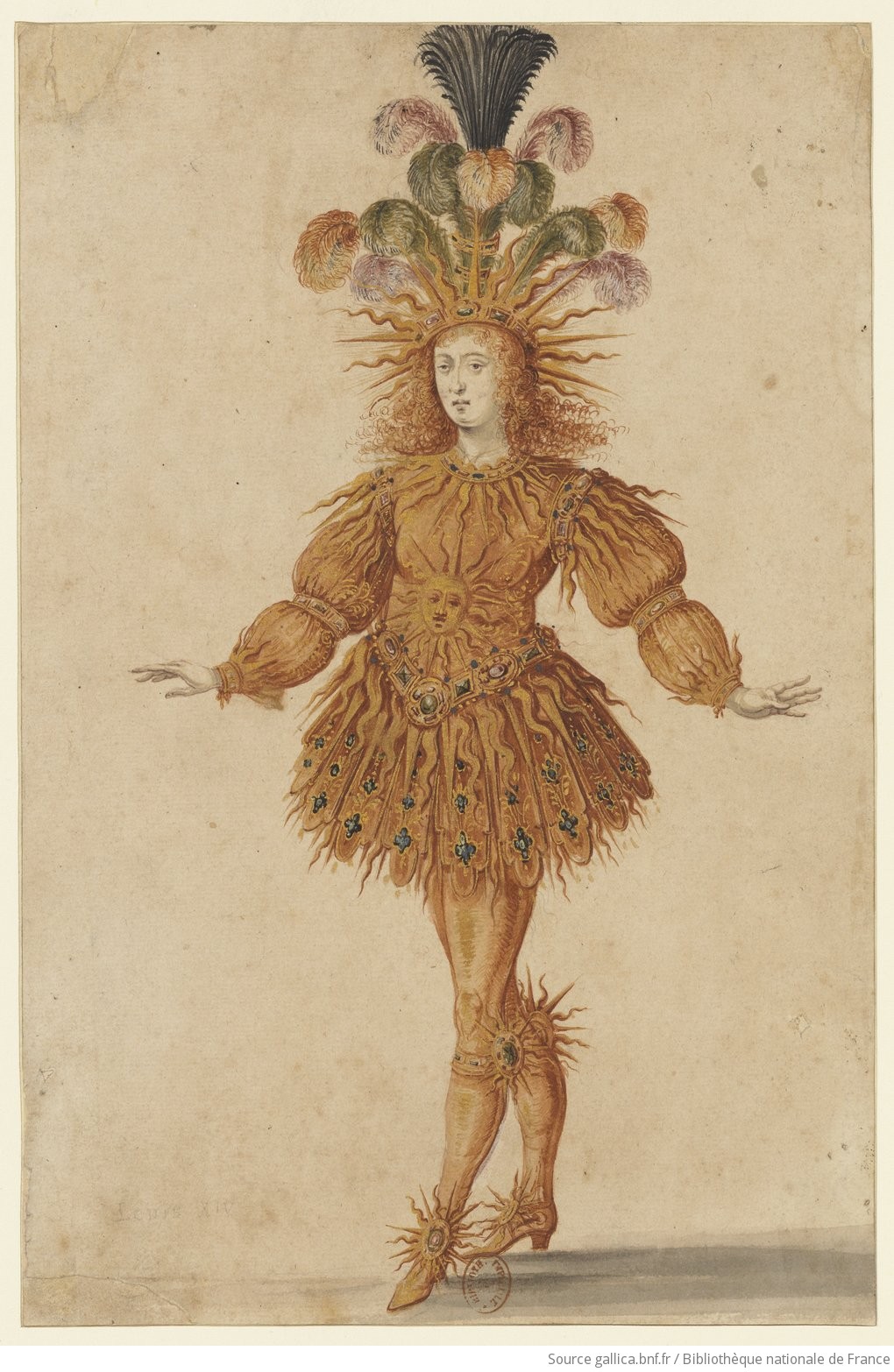 The influence of Le Concert Royal de la Nuit can hardly be overestimated : it marks the beginning of "modern" music, opera and ballet.  It is also a metaphor for the baroque spirit, which lives on in French style. Its audacity lies in its extravagant imagination, elegance restraining excess, technical achievement balanced by refinement, agility and energy.  And intelligence - the spectacle was designed by and for minds who understood the value of the mind as a source of civilization.   It evolves in four parts, comprising numerous scena and interludes, depicting the known and unknown world. Gods and Symbolic Deities mix with mortals and (glorified)  peasants, representing the multitudes whom Louis would rule over, in fact as well as in allegory.  Musicians, singers, dancers, acrobats, jugglers : the plethora of styles and skills reflected the diversity of the Empire and the scale of Louis's ambition, the abundance of human experience elegantly ordered into artistic form. No way could the original be matched today. But Daucé and Ensemble Correspondances have produced Le Concert Royal in a semi-staged edition., most recently in Caen last year. What they'll be able to do at St John’s Smith Square, I don't know, but it will certainly be an experience.  We'll have to use our imaginations, as Louis XIV did so long ago.  Before the performance on Saturday 19th May, Daucé will discuss the reconstruction of the 1653 spectacle, which exists in manuscripts and documents of the period.
The Spirit of the Baroque encompasses the whole world. Not for nothing it followed on from the Age of Discoveries, when Europeans encountered cultures very different from their own. Consider Les Indes Galantes and Jean Jacques Rousseau, implanting ideas of change and the innate dignity of mankind. At a stretch, the values that led to 1789 and to Napoléan ! The Festival, begins with Le Poème Harmonique on Friday 11th May and an anthology  exploring the influence of exoticism , featuring Le Ballet des Nations from Lully's Le Bourgeois Gentilhomme  and works by Cavalli and Mouliniè.  Le Poème Harmonique (director Vincent Dumestre) excel in this genre : a concert not to be missed.  Then, on to Versailles with Fuoco E Cenere and "Paris-Madras"  with Le Concert de L'Hostel-Dieu where the music of Couperin is interleaved with an ancient Râga d'Inde Alaap, Jor et Jhala played on Indian instruments.

La Nuova Musica (Director David Bates) present Gluck's Orfeo ed Euridice with soloists Iestyn Davies, Sophie Bevan and Rebecca Bottone on Sunday May 13th,  and on Tuesday 15th May, at Westminster Abbey, no less, James O'Donnell leads St James Baroque and the Choir of Westminster Abbey in Te Deums by Henry Purcell and Marc-Antoine Charpentier.  Normally these would be  highlights of the London Baroque Festival, though this year they face stiff competition.  At St George's, Hanover Square, hommages to Lully and Couperin. 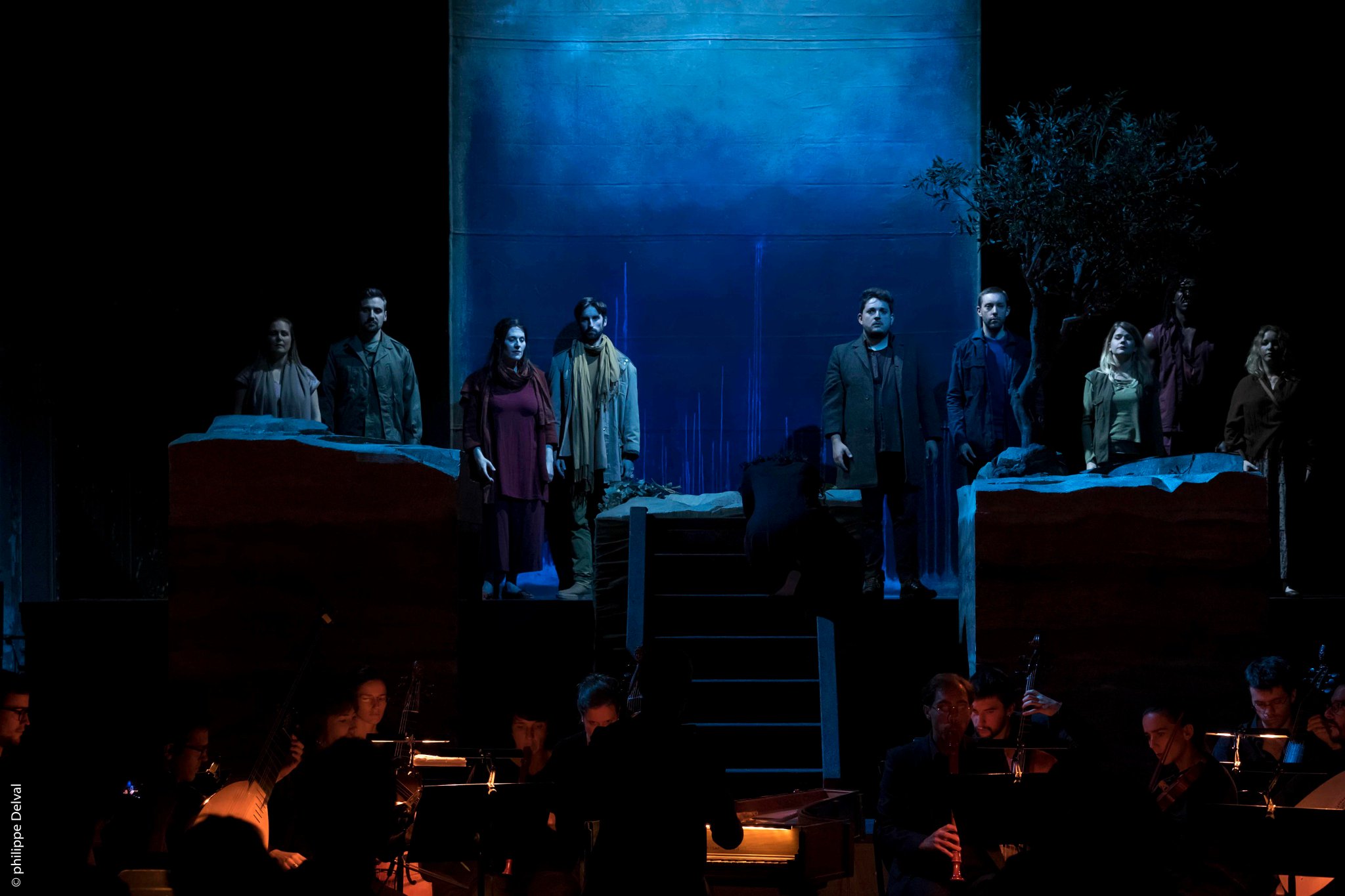 Another major highlight, Charpentier Histoires Sacrées with Ensemble Correspondances and Sébastien Daucé, staged by Vincent Huguet.  This telling of the stories of three women in the Bible (Judith, Cecilia and Mary Magdalene)  represents the "Sacred theatre" tradition developed by the Jesuits, defying the prohibition on combining religion and theatre.  Yet again, the connection between art and intellect. This piece was first heard in Louis XIV's private chapel - no-one would have dared censure the King.

Claude Le Jeune Le Printemps with Doulce Mémoire (Director Denis Raisin Dare)  on Friday 18th May at St John's Smith Square. Olivier Messiaen  taught the importance of this work as a foundation of French style, since it bridges early music and the baroque.  A wonderful opportunity to hear the whole work, performed by great specialists in the field.  Lots of other late evening and afternoon concerts and an all-day workshop on the art of building harmonic flutes !
at February 09, 2018