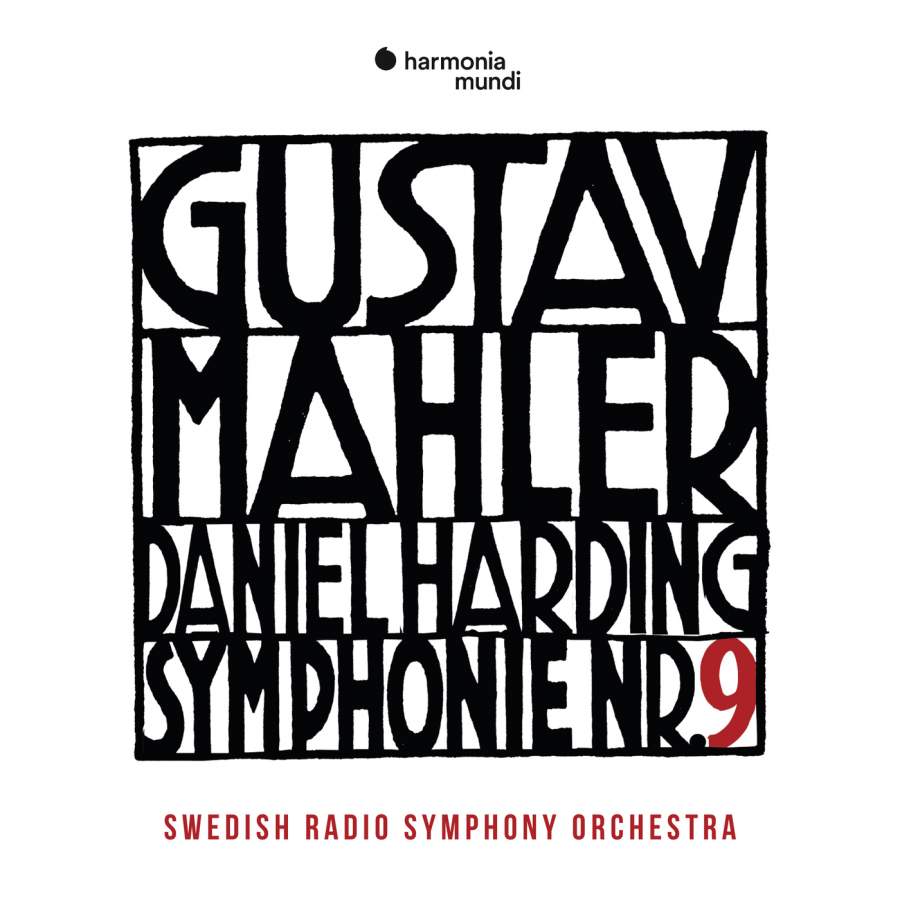 Mahler Symphony no 9 in D major, with Daniel Harding conducting the Swedish Radio Symphony Orchestra, new from Harmonia Mundi. A rewarding performance on many levels, not least because it's thoughtfully sculpted, connecting structure to meaning.

A graceful first movement, respecting the marking  andante comodo "comfortable pace". The harp and strings here have a mellow richness which enhances the gentle rhythmic pulse.  For "pulse" this is, suggesting the human body at rest, calmly breathing.  Gradually the palpitations build up towards expansive outbursts, as if invigorated by the flow of life.  When silence descends, marked by timpani ans strident brass, the effect is chilling.  The harp ruminates, and the steady pace resumes.  The music flares up again : tension, alarm and a spiralling descent into darkness, and a wall  of mournful winds and brasses. Yet again, though, steadiness prevails.  Celli and bassoons lead the way ahead. Harding shapes the flow by highlighting the fanfares, so the undertow can be heard without undue exaggeration.  Now, when relative silence returns, the mood is pure and calm: the  high, clear pitch of the woodwinds is exquisite, evoking, perhaps, memories of summer, a typical Mahler touch.

Thus we are prepared for the second movement, marked "Etwas täppisch und sehr derb".(rustic, simple, earthy). Why Ländler in a symphony some still associate with death ? Ländler are danced by peasants who till the soil, who know that seasons change and that harvests return after fallow times. This movement is much more than folklore : it connects to the theme of change and rebirth that runs through so much of Mahler's work. The Swedish Radio Symphony Orchestra plays with gusto, Harding gauging their strengths.  There's humour here and impish high jinks. The spirit of Pan awakes !  Thus the lively leaps ans swirls, the flow of the first movement returning in exuberant form. The pace whips up, propelled along with force, yet once again, the dance returns, for dance, like Nature, moves in rhythmic cycles. The movement ends with a smile - a deft, piping little figure.

The Rondo in the third movement was vigorously animated. The pace is now near-frenzy, strings and winds flying free, though steady beat can still be heard in the lower voices.  Nonetheless, though the spirit may be wild, Harding doesn't lose shape. We hear the violin emerge, its way lit by harp.  In the tumult, the swaying palpitations of the first movement revive in burlesque parody.  Indeed, much of this symphony is like dance, motifs returning in guises. Two slow movements at each end, taken slow, encasing two fast-moving inner movements.

If the first movement was comodo, the last is stately, even majestic in its sweep. The strings take charge, lifting above and away from the orchestra, much in the way that birds take flight above the earth.  Their line shimmers, undimmed, though the sound is rich.  Bassoons moan,  suggesting depth, which intensifies the heights the strings are striving towards. The leader plays a keening, soaring line at a tessitura so high it's almost ethereal. The "pulse" of the first movement is back, now transfigured, no longer bodily but spiritual.  At the end, sounds  become so pure that they dissolve, as if beyond human hearing.

Although this was the last symphony Mahler completed, there is no evidence that he was contemplating his own death. From what we now know about his life, from the events of his life, and also from what we have of what was to be his Tenth Symphony, he wasn't just looking backward any more than in so many other of his works where death is vanquished by new life.  It is significant that when Harding, aged 20, was Claudio Abbado's chosen assistant in Berlin, he was given the Tenth to study, at a period when many conductors were still performing only the first movement.  Learning a composer back to front is not a bad thing, especially a composer like Mahler whose work forms  a huge trajectory from beginning to  to end, where an understanding of overall structure makes a huge difference.